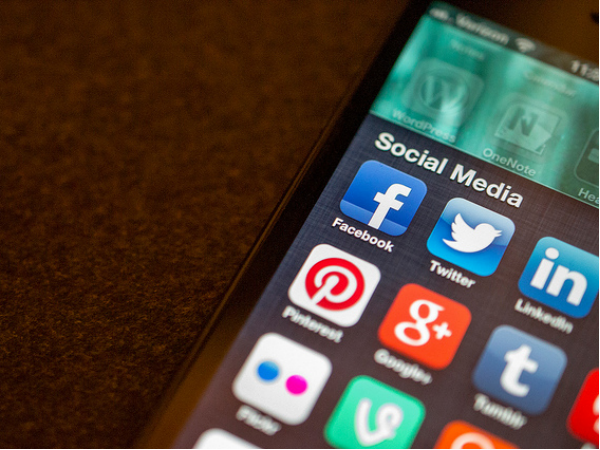 Employers are becoming more savvy when it comes to social networking. The CareerBuilder website last year discovered that 37 per cent of it’s employers were using social media sites to research job applicants.

According to a Eurocom Worldwide annual survey social media isn’t always your best friend when it comes to building your career, with statistics saying that social media can hinder job candidates.

With drunken photos of Saturday night and obscene statuses littering our Facebook pages, it’s not uncommon for prospective job hunters to tweak their name from “Jane Doe” to “Jane Louise” to make themselves less traceable, with some even deleting their profile altogether.

But while deleting your social media footprint might seem like a worthy move, Kashmir Hill from Forbes warns that not using social media at all can seem suspicious, as if you have something to hide. Meghan Casserly says that by having pictures of you enjoying yourself with friends and doing different things shows that you have good people skills and that you’re well-rounded – within reason, of course.

So instead of shying away from the social media demon when it comes to getting future employment, it’s time to take the keyboard by its theoretical horns and become smart about the way we integrate our online and offline worlds. Let’s face it, they’re subtly blurring into one anyway.

Believe it or not, it is possible to utilise social networking to our advantage when trying to advance in our careers.

According to The Multi-Generational Job Search Study, 90 per cent of people look for work online and it’s one of the quickest and easiest ways to create important networking opportunities.

Twitter is another avenue of social media that you can use to get your foot in the door.

21-year-old, Sean Power, has used social media in a way that has not only got his foot in the door, but has assisted him to continue building his networks and become incredibly successful for somebody so young in the media industry.

In a few short years, Power has gone from working as a radio producer for Ben Fordham on 2GB’s Sydney Live 3PM-6PM program, to working as the Production Manager for Sunrise and The Morning Show on Channel Seven. Power currently works as an Associate Producer for A Current Affair on Channel 9 and has written articles for Mamma Mia!.

How did he do it? As an avid Twitter user, Power attributes a lot of his success to the connections he made through social media.

“When I was in first year at uni, there was a podcast I was doing called the Social Situation. In that process, I managed to make some really good friends and people I really respected online and from there developed a relationship where I could ask them some advice and luckily enough, some opportunities came from it,” he says.

“Twitter is direct access to people you look up to. If they have a Twitter account, you’re pretty much guaranteed that your message is going straight to them. If it’s somebody who’s really active and uses it regularly you know that they’re checking their messages.”

But how do you use Twitter in a way that’s actually productive? Apart from keeping his Twitter account strictly industry-related, Power also suggests to take it slow and to see how the professionals use it before jumping in and messaging all of your favourite people.

“When it comes to hopping on Twitter, don’t go all guns a blazing, just sit and watch it for a while and learn how it’s used. First impressions always count. If you hop on there and you look like a dill when you’re using it, it’s obvious. Don’t make a douche of yourself.”

When trying to contact your heroes and/or your potential talent, Power stresses to not cross over the border to stalkerville.

“It’s great to be pushy and it’s great to be persistent but you would hate to be annoying. Once you’re annoying you can’t really step back from it. That doesn’t mean if you send someone a message and they ignore you, not to have another crack. But don’t send them 30 [messages] in one day, as well as emailing them and showing up out the front of their house. That’s a little bit too much.”

So don’t be scared that by using social media, future employers and important contacts are going to write you off. With some clever navigation, social media can make more successful than you ever imagined.