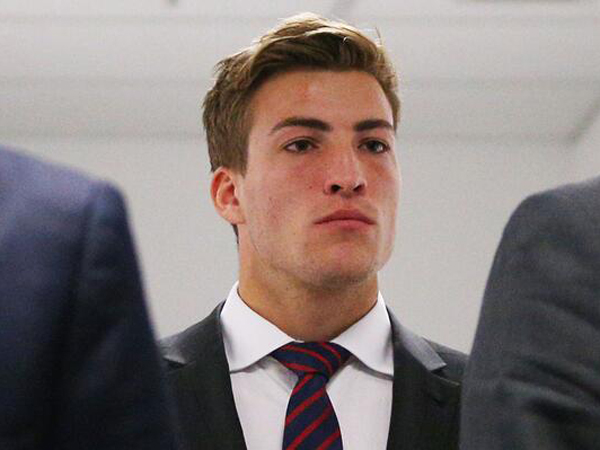 On last week’s AFL Footy Show, in the wake of Jack Viney’s upheld appeal, Sam Newman spoke of how the tribunal’s handling of the incident was indicative of a directive from AFL bosses to ‘sanitise’ the game.

Newman went on to explain an individual with AFL credentials had told him, in confidence, the league was quietly attempting to make the game safer in a bid to quell parent anxiety and, in turn, bolster youth participation.

Of course all this information was flouted ‘off the record’, but it did little to tarnish the often outspoken TV personality’s point.

Recent suspensions are proof that the bump is slowly being stamped out of the AFL.

We’ve known it for many seasons now, but the discontent reached a crescendo last week when the AFL tribunal handed Melbourne’s Jack Viney a two-game ban for rough conduct.

Jack Viney’s appeal against a suspension for a rough conduct charge has been upheld: http://t.co/IGUfDHaQVg pic.twitter.com/kIAJGAfHUh

The backlash from the now infamous Viney bump – or ‘brace’ – proved to be the AFL community’s final stand, as past players, football commentators and fans stood collectively in condemnation of the decision.

Not all that long ago, the AFL marketed body contact as one of its most proud features. On the shelves of many sit copies of ‘Biffs, Bumps and Brawlers’. It could be the series’ final edition.

Players who make unnecessary and forceful contact to this area should, and are, dealt with appropriately. The long-term health problems associated for athletes who frequently sustain trauma to the head command the AFL do so.

The AFL would do well to keep a close eye on the findings of an ongoing Harvard University study, funded by the NFLPA, to investigate the problem further.

However, it is still possible to have contact in the AFL and limit injuries, particularly to the head.

Indeed, nobody condoned the actions of Liam Jones (two-week suspension), Jarryd Roughead (one week) and Mark LeCras (one week) over the weekend, which left all three suspended for head-high bumps.

If what Newman said last Thursday night is true to his word, this goes well beyond other grassroots initiatives installed by the AFL to curb safety concerns such as the outlawing of the tackle at Auskick level.

This whispered directive would effectively mean the AFL is changing at the elite level to influence how the next generation plays the game.

Similar to the introduction of the ‘sliding rule’, it signals a top-to-bottom approach from the AFL.

The question that must be asked of incoming AFL CEO Gillon McLachlan is why the AFL is proceeding to portray itself as something it fundamentally is not – a non-contact sport.

It doesn’t make sense for the AFL to go about dismantling a unique facet of the game like the bump; differentiation in an already congested sport market is part of what attracts people to the game.

Masquerading itself as a physical, yet safe, alternative to rugby league, rugby union and football will do the AFL, and the future of the game, no favours.

Football (soccer) has its bicycle kick; basketball its slam-dunk; rugby its goose step and AFL its ‘specky’ and bone-crushing bump. If we take the bump away, we’re depriving the fans of one of the most cherished aspects of AFL football.

The result of the Viney case is the first step to ensuring the classic hip and shoulder is here to stay – perhaps another installment of ‘Biffs, Bumps and Brawlers’ is not so unlikely after all.