For a film buff like me, the Academy Awards are the equivalent of the AFL Grand Final. There’s the road to that elusive nomination during Oscar season, the campaign for support amongst Academy voters, and then that final day when the red carpet is rolled out on the Kodak Theatre for Hollywood’s elite to pat each other on the back for a job well done over the past year in filmmaking.

It may be a self-congratulatory tradition that’s lost much of its influence and status in recent years, but much like the AFL Grand Final, the Oscars are still the subject of speculation, scrutiny, prediction and even a fair amount of gambling.

Despite the outcome most of the awards uncharacteristically predictable this year, the drama of Oscar’s night is still alive for its 82nd event. There’s the David vs. Goliath battle between Avatar and The Hurt Locker, the introduction of an expanded best picture category, and a plethora of mainstream films that casual cinema-goers will recognise that makes next week’s Oscars, hosted by Alec Baldwin (!) and Steve Martin, one that shouldn’t be missed.

Welcome to upstart’s predictions for the 82nd Academy Awards! 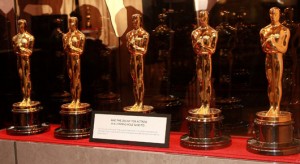 In the BEST DIRECTOR category, it’s a battle  of the (s)exes between James Cameron with his sci-fi technopic Avatar and his ex-wife Kathryn Bigelow with her high-adrenaline war film The Hurt Locker. While nods have also gone out to Lee Daniels (Precious), Quentin Tarantino (Inglourious Basterds) and Jason Reitman (Up in the Air), no other work in this category looks to be a threat to the starkly different directorial styles on offer by the top two contenders. 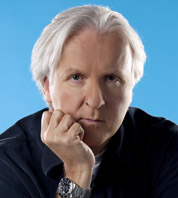 In Avatar, James Cameron entirely changed big-budget filmmaking. Pioneering a new method of motion capture technology and mixing it with cutting edge CGI and a revolutionary 3D system, Cameron broke through the technological limitations that held back Avatar’s production for 12 years. Cameron’s work in constructing Avatar’s world from scratch is almost as impressive as his ability to mould such gorgeous shots and sequences from raw motion-capture data, effectively transporting audiences to the sumptuous alien world of Pandora. (Read upstart’s review on Avatar here)

But while Avatar‘s ambitious directorial vision, record-breaking success at the box office, and recent win at the Golden Globes keeps it in the running for both best director and best picture, it’s hard to look past Kathryn Bigelow’s phenomenal The Hurt Locker as the likely winner in both categories. Based on Mark Boal’s experiences while embedded as a reporter in an elite bomb squad deployed in Iraq, The Hurt Locker explores the dynamics of the small group at the tail-end of a tour of duty. With expertly crafted action sequences, an understanding of the underlying motivations and emotions of the film’s core characters and a narrative sequence that in some ways mimics the daily, episodic routine of war, The Hurt Locker displays a level of directorial control unparalleled in the past year. 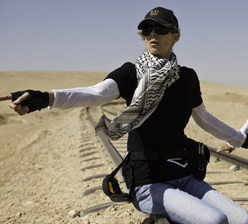 While Bigelow missed out on the statues just a few months ago at the Golden Globes, a repeat upset doesn’t seem to be on the cards for her at the Academy Awards after she won top honours at  the Directors Guild of America award  last month. This award has proved an accurate bellwether for the Academy’s choice of best director all but six times in the last 61 years. Added to Bigelow’s gongs for best director at the BAFTAs and the multiple critics choice awards she’s accumulated during awards season, and it’s safe to say Cameron won’t be crowned ‘king of the world’ once again come Oscar night.

The BEST PICTURE category is set to play out in similar fashion to best director despite the changes we’ll see this year in the category’s nominations. In an attempt to freshen up the format and broaden the appeal of the Academy’s most illustrious award, the best picture category has been  expanded from five to ten nominated entries this year. It’s an interesting concept to open up the field, but in practice it’s really just a move to introduce audience-friendly films such as Up and District 9 into a category usually reserved for serious dramas in an attempt to prop up falling telecast ratings. Despite these changes to the best picture category, history dictates that the best picture nominees genuinely in the race are those also nominated for best director, as only three films in Oscar’s history have managed to win best picture without a best director nomination. This leaves us with Avatar, The Hurt Locker, Inglourious Basterds, Precious and Up in the Air as contenders for best picture, which will once again narrow down to Avatar and The Hurt Locker.

While Avatar has a better chance of taking out best picture than best director I’m keeping my money on The Hurt Locker to win both. There have been doubts in the industry about how the 3D technology Avatar employs may negatively affect its chances at best picture, especially when so much of the film’s premise revolves around what is essentially a well-done gimmick. DVD screeners sent out to Academy voting members by 20th Century Fox lack the 3D technology that made Avatar such a hit with audiences, effectively eviscerating the film of both of its more impressive traits and its best picture chances. The Hurt Locker on the other hand is gimmick-free and has been a huge hit within the film industry, which makes up an overwhelming majority of Academy voting members. 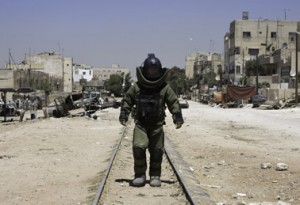 The ACTING NOMINATIONS don’t look like they’re going to provide much more wiggle room for an upset either, with most of the categories also looking like definite locks following matching Golden Globe and Screen Actors Guild winners over the past few months. 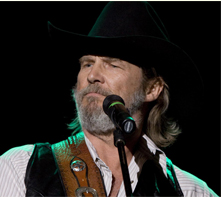 Going with the most predictable first, it’s almost a given that the ever-impressive Jeff Bridges will receive his first ever Oscar statue for his work in first-time director Scott Cooper’s Crazy Heart, where he plays Bad Blake, a past-his-prime country music singer. Nabbing almost every best actor award available in the industry, Bridges’ performance has been a stand out amongst his other nominated peers which include George Clooney, Colin Firth, Morgan Freeman and Jeremy Renner. If anyone can steal what should be Jeff’s award from under his nose, it’s Jeremy Renner for his incredible role as a risk-taking bomb-defuser in The Hurt Locker, but at this point, the statue is Bridges’ to lose.

BEST SUPPORTING ACTOR also looks to be fairly locked in, with Austrian born actor Christoph Waltz poised to take out the award for his portrayal of the already-iconic Colonel Hans Landa in Quinton Tarantino’s WW2 epic Inglourious Basterds. It’s been a whirlwind year for the actor Stateside, earning critical praise for his turn as the dastardly evil Nazi officer and cementing his place in Hollywood by nabbing roles opposite Seth Rogen in the long-gestating superhero flick The Green Hornet, and with Twilight heart-throb Robert Pattinson in Water for Elephants. After receiving Best Actor at Cannes last year, Waltz went on to win the majority of awards season, taking a Golden Globe, a BAFTA Award and a SAG Award, making him a near certainty for the Oscar despite strong performances in the best supporting actor category from Woody Harrelson in The Messenger and Matt Damon in Invictus. Drop all your bets on this guy. 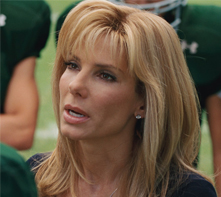 Sandra Bullock in The Blind Side

The BEST ACTRESS category continues the trend of predictable categories despite itbeing a three-horse race for the majority of Oscar season. Meryl Streep was considered a shoo-in for her role as famed American chef Julia Child in Julie and Julia before Gabourey Sidibe and Sandra Bullock arrived on the scene for roles in Precious and The Blind Side respectively. At this point Bullock looks to be the one to beat for the best actress gong, with a Golden Globe and Screen Actors Guild already under her belt for the role. Throw in the truism that Hollywood loves a good comeback, and Bullock looks to be the favourite going into the night. (Read Upstart’s review on The Blind Side here)

BEST SUPPORTING ACTRESS is another three-way contest , with Mo’Nique expected to take out the award for her role in Lee Daniels’ Precious over Vera Farminga and Anna Kendrick’s exceptional performances in Jason Reitman’s Up in the Air. Despite the strong performances by women in Reitman’s latest, it doesn’t look to be enough to top Mo’Nique after her Golden Globe and BAFTA wins in the lead up to Oscar night. Rounding out the category is former best actress winner Penélope Cruz for her role in this season’s token underperformer, Nine, and Julianne Moore in the Tom Ford-directed A Single Man.

On the screenplay front it’s hard to look past Quentin Tarantino’s un-spell-checked Inglourious Basterds for BEST ORIGINAL SCREENPLAY, with some tough competition coming in the form of The Hurt Locker, while for BEST ADAPTED SCREENPLAY, Up in the Air is the notional favourite after beating out Tarantino’s latest at the Golden Globes.

Winner: Inglourious Basterds (original) & Up in the Air (adapted)

For BEST ANIMATED FEATURE you would be crazy to look past Pixar’s latest creation, Peter Docter’s deeply moving Up. Despite some stiff competition in stop-motion masterpieces Coraline & The Fantastic Mr. Fox and Disney’s return to traditional animation in The Princess and the Frog, Up is leaps and bounds ahead of the pack and shouldn’t have any trouble getting over with Academy voters enamoured by Pixar’s past creations.

Unsurprisingly I’ve never even heard of the nominees for BEST FOREIGN LANGUAGE FILM apart from Jacques Audiard’s critically-acclaimed A Prophet and Michael Haneke’s The White Ribbon. Most predictions seem to be placing these two films neck and neck for the award, but I’m going with the critical consensus and siding with A Prophet for the win.

Traditionally the technical side of the Oscars is the most unpredictable, mainly due to it being a far less visible ‘race’ than the main awards. I’ll keep these short and sweet, because to be honest, not many people tune into the Oscars telecast to find out who won best art direction.

Instantly memorable and incredibly catchy, Up’s magnificent score lifted the film even further into the stratosphere than Carl’s balloons ever could. But make no mistake; had Karen O’s incredible soundtrack for Where the Wild Things Are been eligible for the award, we’d undoubtedly be seeing a different winner.

The Hurt Locker’s cinematography gives the film a sense of urgency that works perfectly in tandem with its editing and direction to deliver a unique visual take on the Iraqi war. The unique use of super slow motion to examine every inch of the opening blast site left my jaw firmly attached to the floor while the expertly crafted handheld sequences placed the viewer in the midst of heated battle in fresh new ways.

Avatar’s art direction team created an entire new world with a fully-functioning ecosystem and habitat that went above and beyond the requirements of even a film as large in scope as Avatar, making us all genuinely believe the beautiful world of Pandora.

Fast paced, incredibly tight and expertly orchestrated, The Hurt Locker’s editing is the most impressive of the year, instantly transporting the audience into the midst of the high tension climaxes that underpin its engrossing story.

Michael Calle is recent La Trobe Bachelor of Journalism graduate who writes about  film, music and pop culture.  His blog is called TERMINALS. Despite his copious achievements, the 21 year-old has – tragically – yet to be nominated for an Academy Award.

All photos used with permission from the  Academy of Motion Picture Arts and Sciences.