"Terrorism", traditionally applied to religion, has now been extended towards misogynistic violence in a precedent setting case 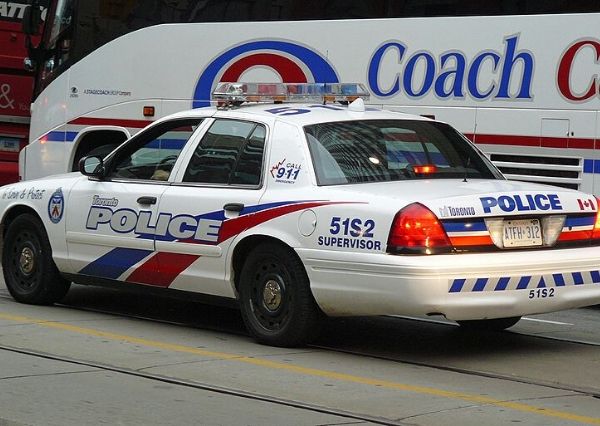 A 17-year-old Toronto teen who allegedly fatally stabbed a woman with a machete on 24 February 2020, has become the first person in the world to be charged with an incel terror attack.

On May 19 the charges against the perpetrator were increased to “murder – terrorist activity” when police learned of his ideological motivation for the crime.

Vox says an incel, short for “involuntary celibate”, is someone who is typically male who wants to find a girlfriend, but can’t.

According to a Debbie Ging in her journal article ‘Alphas, Betas, and Incels: Theorizing the Masculinities of the Manosphere’, the lack of sex and intimacy drives incels to the “loose confederacy of interest groups, broadly known as the manosphere” where “a particular brand of toxic anti-feminism” called “Red Pill ‘philosophy'” is shared.

Royal Canadian Mounted Police and the Toronto Police Service held a press conference on 19 May 2020 announcing the terrorism charges towards the perpetrator.

Investigators say the perpetrator, whom cannot be named because he is a minor, was found to be “inspired by the Ideological Motivated Violent Extremist movement”.

“As a result, federal and provincial Attorney Generals’ have consented to commence terrorism proceedings,” investigators said.

This is the first time that an incel has been linked to terrorism, which has been traditionally been applied to religious extremism, and is only the second time terrorism charges have not been tied to Al Qaeda or ISIS.

“Armando JR Hernandez had his initial appearance today. Maricopa Co. prosecutor says Hernandez self-identified as an incel, that he was angry at society, & that he was planning to shoot couples. 2 of the victims were a couple,” Mitch Carr reported on Twitter.

In 2018, Alek Minassian allegedly drove a van into a busy Toronto commercial street killing 10 people and wounding 16, later admitting to police his motivation to be rejection from women.

Minassian was said to be inspired by the actions of Elliot Rodger, another infamous incel who killed six people in a stabbing and shooting spree in Isla Vista, California, in May 2014.

The case of the incel terrorism charges levelled at the Toronto teen will be watched closely by Australian experts. Researchers at The University of Western Australia (UWA) have found that self-identified incels present a “national security issue” for Australia.

Research found that incel related violence has killed at least 50 people and injured at least 58 more since 2014, statistics comparable to the number of victims of Islamic extremism in the same period.

However, according to the authors of the study, incels are receiving little preventative attention from becoming radicalised online and committing attacks violence against everyday people, because they blame women for their failure to find and maintain relationships.

Co-author Dr Tauel Harper, from UWA’s School of Social Sciences, said one of the great dangers of trying to combat ideological extremists such as incels was the creation of a ‘suspect community’, which could encourage even more extreme behaviour.

“Key to this effort is to ensure that public figures and anyone who comments on violence against women understands that gendered violence presents a threat to public security,” Harper said.

“Comments that make gendered violence seem justifiable or the fault of the victim have been shown to further encourage violent attitudes and behaviour.”

Image: Police Car 51S2 Toronto By: SPBer available HERE and used under a creative commons license, the image has been resized.