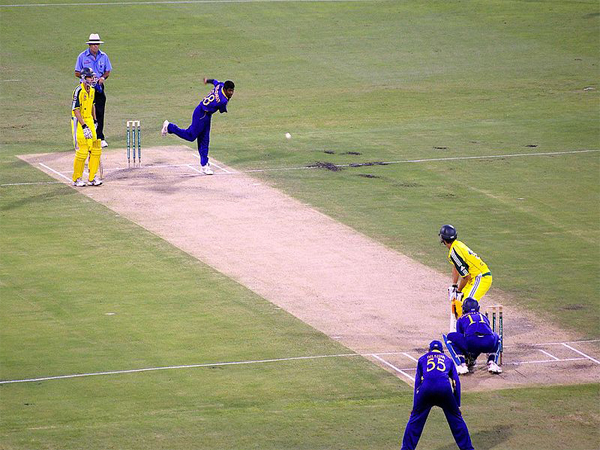 These are Xavier Doherty’s first-class statistics from the current Sheffield Shield season, yet he was picked to lead Australia’s slow bowling attack on one of the worlds most spin-friendly pitches in Hyderabad, India. 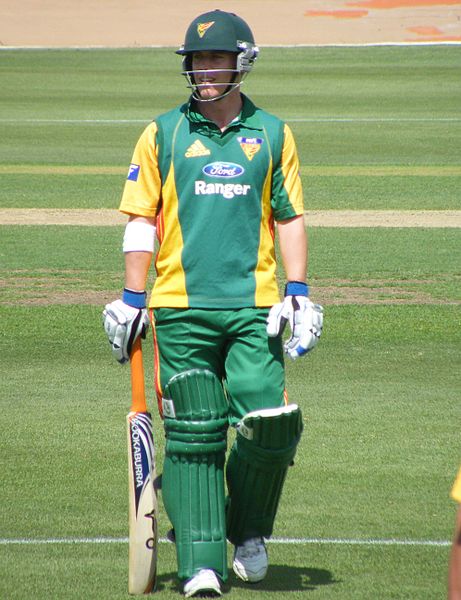 What resulted was a 370-run, 109-over old partnership between Murali Vijay and Cheteshwar Pujara that took India to 1/387, eclipsing Australia’s combined score in both innings by two runs. Doherty had barely caused the pair to sweat underneath the hot Indian sun.

It was a mystifying selection for a number of reasons.

After Australia’s chairman of selectors John Inverarity confirmed his side would be playing two spinners in Hyderabad for the second test, it was confusing that Doherty was not chosen to be the second-string spinner behind Nathan Lyon – Australia’s regular first-choice tweaker.

The 30-year-old Tasmanian was also a bizarre inclusion given that he hadn’t played a test for Australia in over two years, when he was dropped following the second Ashes test in Australia in 2010. On that occasion he was hit from pillar to post by Kevin Pietersen and Alistair Cook, taking a measly 1/158 from 27 overs.

Inverarity would have had to do at least some research on who would lead Australia’s attack for the second test against India. But trying to figure out what research he conducted is even more confusing than trying to figure out how he got to Doherty as his last man standing. After all, two wickets in four matches at an average of 80.00 at domestic level doesn’t necessarily scream an Australian call-up, does it?

After questioning Doherty’s initial inclusion into Australia’s travelling squad, and then subsequently blasting his selection ahead of Lyon in the side for the second test on Twitter recently, I was asked by a friend: ‘Who else is there?’

My friend had a point. Post-Warne, Australia’s spinning stocks have been weak, to say the least.

Selectors have blooded 12 spinners since Shane Warne’s retirement. Only two of which (Lyon and Nathan Hauritz) have played over five tests. Meanwhile the less said about the likes of Beau Casson, Bryce McGain and Jason Krejza, the better.

Glenn Maxwell was also handed a baggy green for the second test in Hyderabad, chosen ahead of Lyon as Australia’s second spinner.

The Victorian hasn’t been too bad throughout this Sheffield Shield season, taking seven wickets in three matches at a decent average of 25.42. He was selected as a spinning all-rounder, primarily used for his bowling but able to bat a bit at No.8 (he has a first-class batting average of 39.37, including one century).

But, with respect to both Doherty and Maxwell, are the duo really our best options? In my opinion, no.

In place of Maxwell as Australia’s spinning all-rounder, I can’t see how Stephen O’Keefe was overlooked, let alone not even mentioned as a candidate to be in the 15-man squad.

The 28-year-old yesterday relinquished the captaincy of New South Wales in order to increase his chances of being selected in Australia’s Ashes party, but his inclusion in the eleven should have occurred for the first test in Chennai last week.

O’Keefe has 17 wickets in seven matches for the Blues this season, averaging 26.76 with the ball. He’s currently the highest wicket-taker for a spin bowler in the Sheffield Shield and also has a handy batting average of 30.37 at domestic level. His leadership, bowling abilities and maturity would have been a perfect fit for Australia at No.8.

Then, if Inverarity was to leave out Lyon, who could step up as Australia’s first-choice spinner?

While 19-year-old Ashton Agar is currently travelling with the squad, many have been quick to dismiss his chances of earning a baggy green due to his age and inexperience. However his three first-class matches so far this summer should have been enough to dispel any doubts of his ability to perform under pressure.

He has 12 wickets in three matches at an average of 28.33 for Western Australia this season and can also chip in with the bat.

After taking three wickets in his first ever senior domestic bowling spell earlier this year, Agar has only continued to progress and impress. More wickets in his next two matches added to the cameo of 53 (off 48 balls) he made batting at No.10 in his second match.

Then, in Western Australia’s recent two-wicket win over Tasmania last month, Agar showed composure beyond his years to make an unbeaten 71 batting down the order as the Warriors chased down 358 for victory.

Australia’s innings and 135-run loss to India in Hyderabad means there’s nothing to play for in the third test. Therefore why not give Agar a go? If he impresses, keep him in the side and keep nurturing him ahead of the Ashes. If he doesn’t, groom him through domestic cricket for another few years and bring him back when he’s ready.

The long shot to receive an Ashes call-up is Pakistani-born leg spinner Fawad Ahmed. The refugee found asylum in Australia in 2010 after being ‘persecuted by religious extremists’ in his homeland and has reportedly been fast-tracked by Cricket Australia to receive citizenship ahead of the first Ashes test in July this year.

Ahmed took 5/83 on his debut for Victoria last month and has been recognised as the best leg spinner in domestic cricket.

If his citizenship application is not fast-tracked, Ahmed won’t be eligible to play for Australia until the fifth test of the upcoming Ashes series.

Such is the desperation from Cricket Australia to have Ahmed authorised to play for Australia prior to the Ashes that one must wonder, despite the positivity Inverarity is spinning regarding Doherty and Maxwell, perhaps they realise just how dire our spin stocks are as well.