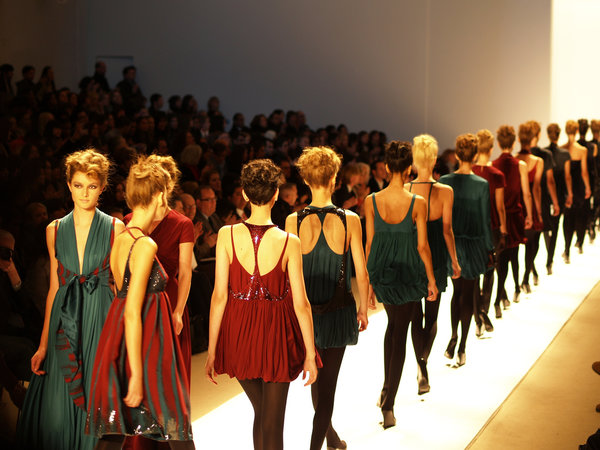 It seems that everyone has an opinion on the ideal body size, but there is a new breed of people emerging: those that don’t care.

Tess Munster is an American model, make-up artist and blogger. She is a size 26, or U.S. size 22, and currently taking the internet by storm with her positive body image movement, #effyourbeautystandards. She was included in Vogue Italia’s Top 10 Curvy Models, as well as The Huffington Post’s Best Plus Size Models in 2013.

Munster wants people to ignore current beauty standards, and to embrace the size and shape of their body as it is. Alongside other models, she is changing what it means to be plus-size, and a lot of people are getting on board.

Munster wants to change what society considers “plus-size” which, for Australian women, is generally considered to be between the sizes of 14 and 32. This is according to the clothing ranges sold at four of our major retailers – Target, Kmart, Myer and David Jones.

Professor Susan Paxton from La Trobe University’s Department of Psychology and Counselling tells upstart that Munster sets a good example for young girls because she reminds them that they can enjoy fashion and clothes at any size.

“In Australia there are many young women who are larger than the ‘idealised’ image which is typically impossible and unrealistic for the majority of women to achieve,” she says.

“When they see someone like Tess, they realise that if she understands she is a worthy and valued person at a larger size, they are worthy people too.”

These sorts of body sizes are not uncommon in Australia.

A 2013 global survey by the Lancet Medical Journal revealed that Australia is the 25th most obese country in the world, with 29 per cent of the population aged 20 years and older qualifying as obese. The study indicated that obesity rates in Australia have increased 81 per cent in the past 33 years.

This begs the question, with one in three Australians currently overweight, are women like Tess Munster appropriate role models for young girls?

Munster could not be happier or more confident in her body, and in that sense she sets an inspiring example. However, a stick-thin model who gets slammed for being “too skinny” could be just as happy with her weight as Munster is with hers.

Society deems models who are incredibly underweight inappropriate role models for young women because of the unhealthy lifestyles they lead. But being overweight is also undeniably unhealthy, so should people like Munster be perceived as positive body activists while underweight people are criticised for setting unhealthy standards?

Researcher in Health and Longevity, Robert Kendi, tells upstart that mainstream media would be setting a better example if they promoted healthy lifestyles as well as positive body image.

“People need to determine what a healthy weight is for themselves using existing medical information,” he says.

“This involves some effort on the individual’s behalf.

“If they decide this for themselves purely based on the media and arbitrarily, this may result in serious medical consequences in the future. People need education and understanding of what good health is.”

Joely Mitchell is a third-year journalism student at La Trobe University. You can follow her on Twitter: @joelymitchell.