Fires across the state continue to be exacerbated by state's record breaking heat wave. 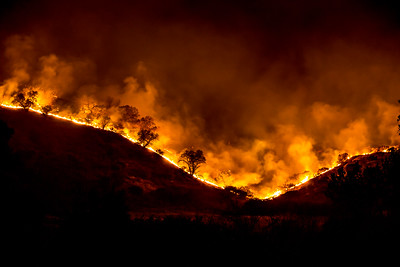 Flames started to scatter California after the city was hit by nearly 11,000 lightning strikes. A state-wide state of emergency was ordered after the flames already scorched 18,615 hectares.

California’s state Governor Gavin Newsom said firefighters are battling the fires under exacerbated circumstances due to a record heatwave.

“We are deploying every resource available to keep communities safe as California battles fires across the state during these extreme conditions,” he said.

Will Powers, a state fire spokesman said that the fires burning through rural areas with steep terrain are making it difficult to get crews in.

Here in Australia, fires in the south of Queensland signal the first major blaze of the 2020-21 bushfire season. Fires near the town of Duranbah have burnt through 180 hectares, calling for the state’s first major deployment of waterbombers.

Photo: The Woolsey Fire, California by Forest Service, USDA available HERE and used under a Creative Commons Attribution. The image has not been modified.