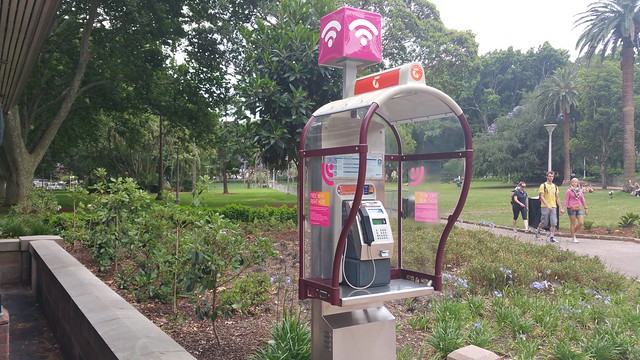 The City of Melbourne council has blocked advertising company JCDecaux from using the city’s public phone booths as promotional advertising space, with 81 applications being rejected.

“As custodians of the city, we have a responsibility to maintain the quality of the streets and public realm. We don’t want people to be bombarded with oversized and intrusive commercial advertising on public infrastructure,” he said.

“First and foremost cities are for people, and the interests of the people who use our streets must come first.”

“We have heard loud and clear the complaints from the community that these new structures are distracting, impeding pedestrian traffic and negatively impacting a number of local retailers and businesses.”

The Telecommunications (Low-impact Facilities) Determination 2018 Act states that any services which are classified as low-impact facilities do not require approval to be installed.

The City of Melbourne is hoping that the Victorian Civil and Administrative Tribunal (VCAT) will decide that the phone booths, which are 2.7m tall and 1.2m wide and are equipped with 75″ LCD screens, do not meet the requirements of a low-impact facility.

Telstra said the size of the new phone booths are as much an infrastructure issue as anything else, with more space required to install fibre connections, as well as catering for its amenities such as wi-fi and mobile charging stations.

Telstra told the Australian Financial Review “the size of the new payphones is partly driven by the increased space required for fibre connections and other telecommunications equipment to help ensure the technology offered to all users in the City of Melbourne is comparable to other major cities such as New York and Tokyo.”

“It is envisaged that over time the new payphones will provide a number of additional services for pedestrians and the community, including device charging, free wi-fi, community and emergency messages and for information for everything from public transport information and maps, weather, tourist information and nearby cultural attractions.”

If VCAT decides that the signs can be classified as a low impact facility, then Telstra and JCDecaux will be free to install as many as they wish.

JCDecaux signed a deal with Telstra in 2017, which proposed upgrades for 1,860 payphones in Melbourne and Perth with new amenities, including mobile phone charging stations, public transport information and accessibility services for multilingual and disabled patrons.

A report by Global Research found that over 90 percent of the responders had a negative impression of the advertising boards at phone booths, with 84 percent saying their large size impeded their movement around the CBD.

Cr Reece added that most Australians are already connected and the city centre isn’t equipped to handle so many of these new large phone booths.

“With nearly 90 percent of Australians owning a mobile phone, it’s hard to believe there’s a need for this many supersized phone booths in the central city,” he said.

“Indeed, these new structures are more like digital billboards masquerading as phone booths on the footpaths of our city.”

Photo: Telstra WiFi Nation Photo by Beau Giles available HERE and used under a Creative Commons Attribution. The image has not been modified.