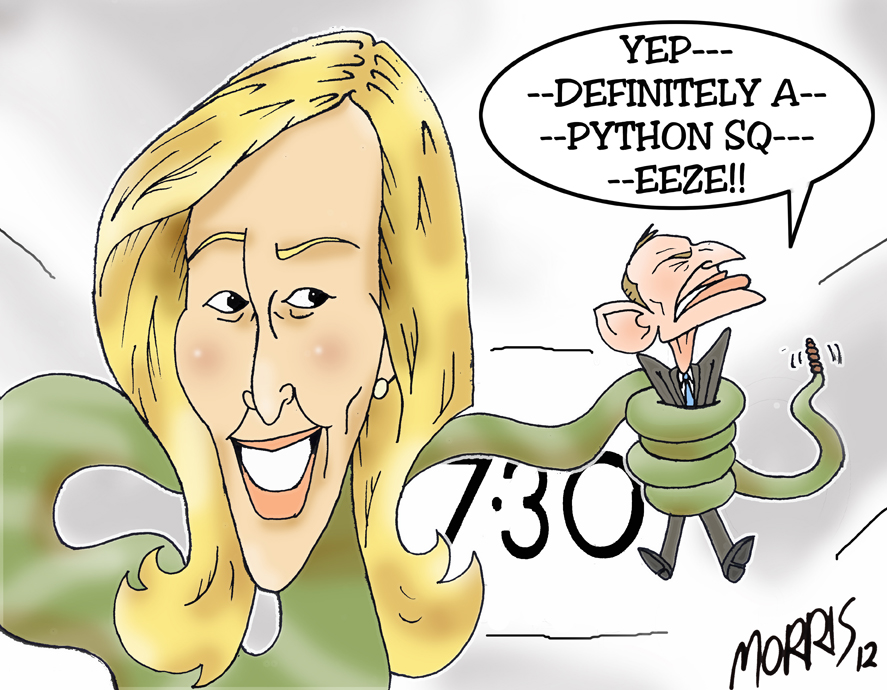 *The article has been updated to correct a factual error. We had mistakenly named Hedley Thomas as the journalist from The Australian who wrote that Julia Gillard had set up a “trust fund” rather than a “slush fund” in the paper’s reporting on the AWU saga. This is incorrect. While Hedley Thomas was the journalist who wrote most of the publication’s reports on the issue, the mistake referred to below was made by another reporter. upstart apologises to Hedley Thomas for the mistake.

When Sky News journalist David Speers interviewed Bill Shorten in April, it appeared the Workplace Relations Minister had received a gagging order from the party and/or the PM. Mr. Shorten did a remarkably poor job of weaselling his way out of Speers’s very straightforward question: ‘do you think Mr. Slipper should return to the chair while these civil claims (of sexual harassment against James Ashby) are being played out?’ As mUmbrella’s Tim Burrowes so neatly put it (borrowing a line from the BBC comedy series The Thick of It), it was ‘like watching a lion rape a sheep. But in a bad way.’

9. Jonathan Holmes saying he’s sorry (or did he really?)

‘The biter bit. The critic castigated. The pontificator pwned.’

There is something enticing about seeing the moral high ground humbled. Therefore, it was with a degree of anticipation and schadenfreude as we awaited this year’s 35th episode of Media Watch. The watchdog who watches the watchdog had been corrected by the ACMA for breaching standard 5.3 of the ABC’s code of practice. More specifically, the broadcast regulator found Media Watch had not offered the Daily Telegraph’s Anthony Clennell appropriate opportunity to respond to criticism against his piece on pokie reforms in 2011. On the program, Jonathan Holmes responded to the ACMA’s ruling by offering his apology. However, as noted by Crikey’s David Salter, there was a ‘rather bizarre and Alice in Wonderland flavour to this whole episode.’

The ABC‘s investigation into Julia Gillard’s leadership coup in 2010 presented a detailed timeline of events that led to the fall of Kevin Rudd. The topic never left the news agenda, even after Gillard’s re-election. It was becoming all too obvious that Kevin Rudd was not the ‘happy little Vegemite’ he claimed to be as the Foreign Minister of Australia. After months of widespread media speculation about another pending leadership battle, was perhaps this the report that finally set it in motion? The program can be viewed in its entirety on Four Corners’ web site. Below is a small excerpt for the purpose of this review, featuring Labor campaigner Bruce Hawker, Four Corners reporter Andrew Fowler, and KRudd starring in the role as the not-so-happy Vegemite). 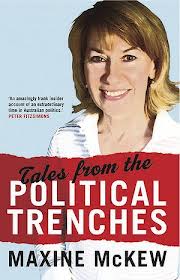 Defying the expected outcome of the 2007 election, Maxine McKew ousted John Howard in the seat of Bennelong. The long-time journalist, who for three decades had worked with the ABC as a presenter on the 7.30 report and Lateline, became part of the Labor caucus, only to lose her seat three years later. Amongst other things, Maxine McKew’s controversial insider-exposé blames Gillard for the poor election in 2010, labelling her an ‘ambitious and impatient deputy.’ As she tells Radio National’s Fran Kelly in the clip below, dirty tricks and ‘selective research’ were put to use ‘to soften up a move away from Rudd.’

Did Sunday Telegraph journalist Jonathan Marshall deceive the organisers by not identifying himself as journalist when he bought a student-price ticket for the dinner? Should the Sydney University Liberal Club dinner be regarded a private or public event? Was the party under the Chatham House Rule? Did the organisers specifically ask journalists to identify themselves at the event or not? Was it appropriate to report on Alan Jones speech in the first place? And, in the end, if the circumstances were such that Marshall should not have reported from the event – were Jones’s comments about the PM of such a nature that the public interest in having them published would override any other obligations on the journalist’s behalf?

Job cuts, broadsheets becoming tabloids, erecting digital paywalls, shutting down printing presses, outsourcing subbing duties, and more editorial changes. While, perhaps, not ‘a moment’ as such, newspapers have been in a constant state of turmoil throughout 2012. While the job losses alone are gravely concerning, the impact that the cuts could have on quality journalism is equally worrying. Despite the restructures in organisation and business models, circulation is declining for both Fairfax and News Ltd. In the case of the latter, online audiences have also waned since the introduction of the paywall in April. So far we have barely seen the start, and little of the effect, of the changes. So what will 2013 bring?

4. The Oz‘s apology to Julia Gillard, and the story that won’t go away

Whether a real scandal or a media beat-up, chances are we are far from a conclusion of the inquiry into the PM’s past with law firm Slater and Gordon. There has been an abundance of reporting and speculation, and as with most such large scale investigations come unfortunate errors. Writing that the PM had set up a ‘trust fund’ rather than a ‘slush fund,’ did The Australian produce this year’s most unfortunate typo, or was it a potentially defamatory factual error? And, how significant is the distinction there, anyway? (It should be noted that also Barrie Cassidy got this confused on Insiders, without it causing much fuss at all).

Perhaps we should rather stop and think about the point at which the number of reports drowns out the important details in a story, and at what point a story should be put on the back burner unless there really are significant details to report on. Pondering the public interest of all the details that had been published in The Oz’s extensive investigation, Media Watch’s Jonathan Holmes asserted the following in August:

‘You can question the motive of The Australian, as it filled page after page with detail that few will read. But Hedley Thomas’s articles were for the most part sober and meticulous – and for the first time, perhaps, showed how much of the ranting in the blogosphere had substance, and how much did not.’

Recently new information has emerged, including a claim that Julia Gillard at one point received $5,000 from her then-boyfriend and fraudster Bruce Wilson. Whether or not that (or anything else that’s come up) constitutes a wrongdoing or a deficiency in the PM’s character, it has certainly provided enough fuel to keep fire burning…

3. The Hamster Wheel: media coverage of the muslim riots

Satire can be a powerful and important tool in unraveling stereotypes in reportage and pre-scripted coverage of violence involving minority groups. That’s all that’s necessary to say about this – now watch the clip below.

While we’re in the satirical corner… Rap news may be well left of centre and far away from the mainstream. But that’s exactly the point, too. We could not resist the temptation to include this commentary on mainstream media’s reporting on (and condemning of) Julian Assange and Wikileaks. Reinventing the news? More, please.

Today’s story: As a shadowy specter hangs
over our ability to access and assess the facts,
is an honest media The Force that can free,
and restore balance and peace in this far reach of the Galaxy?

The battle has shifted at light speed to cyberspace,
where rebel journalists have made the jump to hyperspace,
challenging the Establishment’s grip on information
and are now being pursued by its sinister agents.

Being a politician must be a tough job when you’re facing one of Australian journalism’s finest, unprepared. What was arguably Tony Abbott’s toughest week in the media in 2012 came to a head when he faced Walkley-winner Leigh Sales on 7.30 in late August. Abbott was on the program to discuss BHP’s announcement to put the Olympic Dam project on hold and brought his usual (and only) ammunition: ‘It’s the carbon tax’s fault.’ The 12-minute interview was a rollercoaster of sorts, as an emotional Sales tore strips off the leader of the opposition, who repeatedly failed to provide straight answers to her questions. Below is a small excerpt of the interview for the purpose of this review, but if you haven’t yet seen it in its entirety, make sure you do.

The full list of upstart’s top ten can be found here.