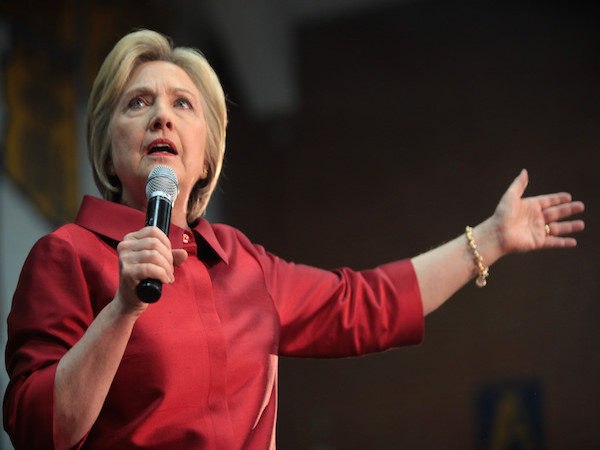 Photo by Gage Skidmore used under a Creative Commons license.

She officially launched the “Hillary for America” campaign two months later, promising to be a “fighter for women’s issues” and to “do something” about gun violence.

Clinton has since been roundly criticised, particularly for using a private email account, and accepting foreign investment in her family’s foundation, during her four-year stint as Secretary of State (2009-2013).

Dr. Kumuda Simpson-Gray, a Professor of American Politics at La Trobe University, tells upstart that it has not significantly hurt her campaign.

“But it does contribute to the sense that she is not entirely upfront and trustworthy,” Simpson-Gray says.

Senator Bernie Sanders, who is battling the former first lady for the Democratic nomination, told CBS program Face The Nation that she has been under attack for “many, many years.”

“I don’t know that a man would be treated the same way that [she] is,” he said, reflecting on the sexism that she has endured.

In this audio interview, Sheridan Lee asks Dr. Kumuda Simpson-Gray if Hillary Clinton can overcome such opposition to win the Democratic nomination and become the first female president of the United States.

Sheridan Lee is a third year journalism student at La Trobe University. You can follow her on Twitter: @sheridanlee7.