The United Australia Party leader has created a new contract for candidates to ensure their loyalty to the party. 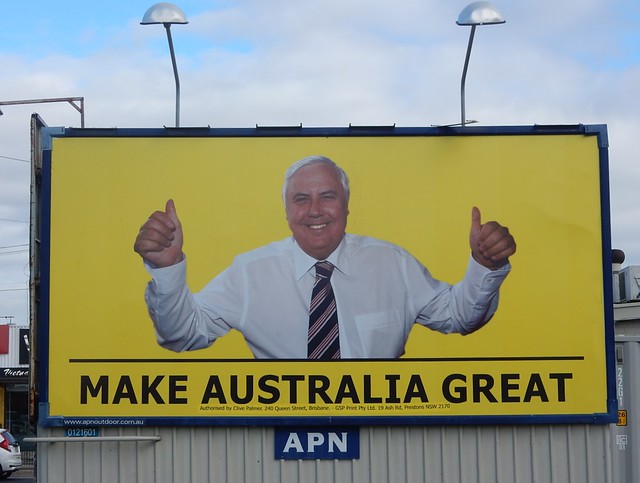 Clive Palmer’s United Australia Party candidates have signed a contract agreement ensuring that $400,000 will be returned to the party if they win a seat in the election but end up leaving.

Clive Palmer implemented these requirements after being dealt a huge blow, back in 2014 when Jacqui Lambie resigned from her position in the Palmer United party after one year.

Lambie won a seat in the Tasmanian Senate in 2013 but didn’t stay long, going on to create her own party – the Jacqui Lambie Network, leaving Palmer out of pocket.

Lambie’s exit was closely followed by former rugby league star Glenn Lazarus who was also elected in 2013 but then left in 2015 following in-house issues with Palmer. Lazarus still has a role in politics forming the Glen Lazarus Team party.

The Guardian spoke to members of the United Australia party regarding the new contract agreements with many of them in support of the idea as they received a huge helping hand from the billionaire.

Many of the candidates acknowledged and recognised the amount of money that Palmer is pouring into the campaign through advertising and were therefore happy to reimburse the businessman turned politician.

Candidates were said to have received funding and support with Facebook pages, T-shirts, caps, how to vote cards along with being involved in the national advertising campaign to help boost their chances of securing a seat in the upcoming election.

An IT executive running for the seat of Wentworth for the United Australia party, Mike Bloomfield highlighted the necessity of signing the agreement “so people know that the candidate can’t just run away once they are elected”.

“We are the only party with a bit of an anchor in it. It will give people just a bit more loyalty to the party,” he said.

Another candidate running for Palmer’s party in the seat of Werriwa, Ignatius Tsiriplis also expressed his support for the new contract and the party.

“You have to have loyalty given what other people are doing for you,” he said.

Tsiriplis applauded the work of Palmer who provided him with access to media training and workshops at his resort in Coolum for three days, while also being taught how to campaign and explain policies regarding the party.

Though this style of contract may spark controversy, electoral law Professor Graeme Orr from the Queensland of University said that it was legal as no money was exchanged prior to being elected.

“The independence of an MP is protected by parliamentary law, so it is arguable that a court would treat such an agreement as non-binding,” he said.

With the election in less than three weeks the race is heating up for candidates and party’s to push their policies and recruit voters.

Photo: Clive Palmer Has Another Go by Michael Coghlan available here and used under a Creative Commons Attribution. The image has not been modified.