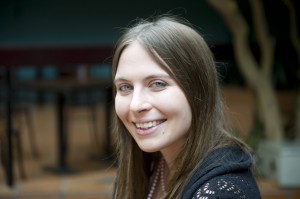 If you ever have the opportunity to see a show or a speech by Uma Thakar, I would advise you to subtly sneak off in the opposite direction. This awkward Indian comedian was not funny in the slightest, and despite sitting in the front row and being directly in her line of vision, I struggled to even muster up a smile.

Not a good sign for a Melbourne International Comedy Festival show.

The height of Thakar’s humour involved poking fun at the Indian headshake (and forcing the audience to join in) and attempting to sing a brief Bollywood adaptation of Macbeth. The content of Bollywood Boulevard was lame and severely scripted, and Thakar’s delivery needed work. A couple of her jokes had potential, and I could imagine a comedian such as Felicity Ward telling similar stories and receiving a much better response.

Indian stereotypes were at the core of the show.  It was as though Thakar took everything typecast about her home country and tried to make the audience join in, teasing the Indian accent and laughing at Bollywood films. She alluded to Indians being a completely different species, asking the question ‘do Indians fall in love?’ and I honestly don’t know how that could have been intentionally included in the script.

The performance was repetitive, and I became very irritated hearing the same unfunny jokes over and over. At times, Thakar would try to incorporate some physical comedy, but wouldn’t go quite far enough to make it humorous. She would then repeat the half-hearted action at least two more times — as if we didn’t cringe enough the first time!

Perhaps I just didn’t understand Thakar’s humour. At one point, she started to discuss a TV show concept that she thought would be suitable for an Indian audience, based on So You Think You Can Dance, but entitled So You Think You Can Be A Husband. And that was it. Nothing else to it. This type of comedy story definitely has potential but it’s all about delivery, and The Uma Huma simply did not have a natural storytelling charisma.

Bollywood Boulevard was much too long, without much laughter. I generally manage to ‘pity laugh’ in shows I don’t find very funny (a bad habit, I know), but in this case I found it impossible to even pretend that I enjoyed it. If Thakar committed more to what she was saying, then her show might have been quite humorous. She had no comic timing, and I grew increasingly frustrated because I just wanted her to stop rambling and get to the point, which never really happened.

I left LOOP Bar feeling unsatisfied and disheartened — I have never failed to laugh in a comedy show before. Thaker needs to work on her delivery and the repetitiveness of her script, and then perhaps she will invoke some laughter from an otherwise deadpan audience.

Sofia Monkiewicz is a Journalism Honours student at La Trobe University and is a member of the upstart editorial team. She loves theatre and music, and is currently working on a thesis about the role of arts journalism in Melbourne.