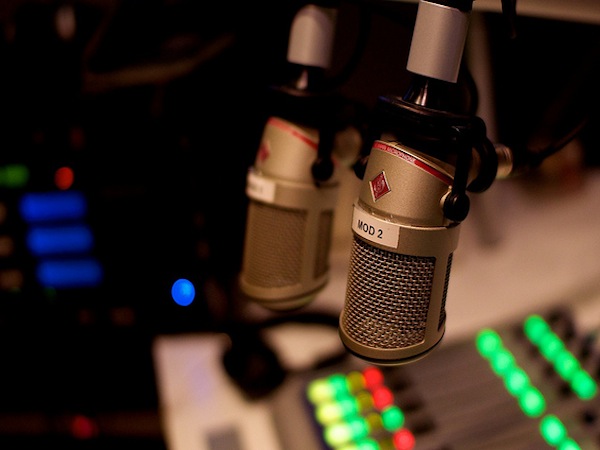 So you’re nearly at the end of your degree, and to build up that portfolio, you think you’ll spend some time at a community radio station. As it turns out, there is more to community radio than back announcements and weather warnings.

The National Ethnic and Multicultural Broadcast Council (NEMBC) held its Victorian media forum for 2013 – Radio Active – on Saturday. The event focused on youth broadcasters in the community sector while providing valued advice on the industry and radio skills.

Areej Nur, a current affairs content producer for 3CR, says that community radio tells the stories not seen in the mainstream equivalent.

Nur adds that looking at community radio as a springboard to a ‘proper’ job is ignoring the former’s value.

“I find it really difficult when people talk about community radio as being something that you should all start so that you can eventually be at ABC and SBS and Channel 7 and the like, because the content that’s produced in community radio is really nothing like what would be produced in the mainstream.

Erin McCuskey – creative director of Yum Studio – says that the media landscape is changing and that the masses have some input when it comes to the stories that matter to them, through the use of social media. She adds that the purely statistical analysis of audiences is ignoring the more valuable elements.

“The liking and the numbers is not so important now. It’s about the quality,” she says.

According to ABC journalist Auskar Surbakti, the key journalist principles remain the same, regardless of platform or funding.

The NEMBC ‘s forum focused on the representation of multiculturalism in community radio. Melbourne-based comedian and broadcaster Mohammed El-leissy believes that radio needs multicultural involvement, but adds, “we don’t necessarily have to shun the mainstream media either.”

Surbakti agrees, saying that “Australia has been behind in representing that (ethnic) diversity in the mainstream media”.

We need different voices in mainstream #community #media so valuable, you can’t be what you can’t see says @areejnur#MediaForum13

While community radio fosters a sense of community, it faces its demise in the digital age. As radios turn digital, community stations need to update their equipment, but a lack of money presents a challenge. The chances of returning some of the $1.4 million taken from the sector in last year’s budget are slim, as Treasurer Wayne Swan makes every attempt at reducing the national deficit.

Community radio certainly has a role to play, but the importance of that role can be misunderstood. It goes beyond playing local music and giving fresh-out-of-school graduates a chance to see the inside of a studio. At its core, community radio is about telling community stories – the stories that are often forgotten in the mainstream media.

While community radio may be low on the priority list for the Department of Treasury, it should be high on the average Australian’s list as it traverses simple storytelling to become a community service.