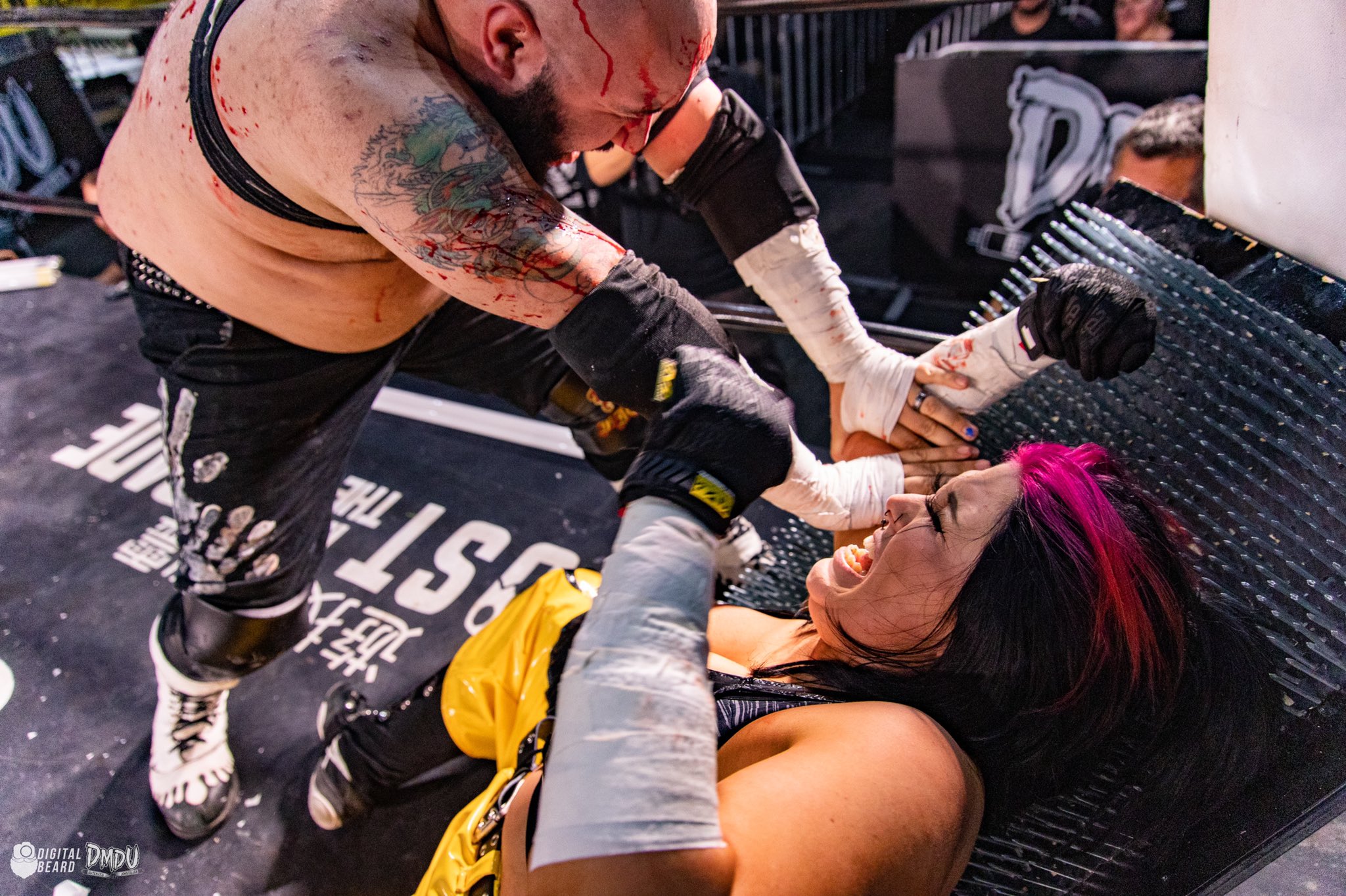 As one of the most popular forms of live entertainment, professional wrestling carries with it a legacy of arenas filled with fans eager to see their favourite names on the big stage. From classic names like Bruno Sammartino and Hulk Hogan to modern icons like John Cena and Roman Reigns, these larger-than-life personalities defined many aspects of pop culture over the past few decades.

As many steps forward as WWE’s women’s division has taken over the past decade, the idea of women facing men between the ropes remains a touchy topic. We are long past the era of women playing a supplementary role in storylines, such as Miss Elizabeth and “Sensational” Sherri Martel, whose only job was to accompany their associates to the ring, engage with their storylines (romantic or otherwise) and encourage or aid them during matches. Nowadays, WWE’s top female wrestlers like Bianca Belair and Becky Lynch compete against each other in match types typically reserved for men, including Hell in a Cell and the Elimination Chamber.

However, Chyna’s Intercontinental Championship victory over Jeff Jarrett was over 20 years ago, the first, and to date, only time that a woman has beaten a male wrestler for a major men’s championship in the WWE, and little has changed on the big stage since then. WWE does run mixed tag team matches from time to time, but under their rules, only two opponents of the same gender can face each other. If a male competitor tags in his female partner, the male opponent is forced to make a tag as well. The world’s biggest wrestling promotion appears reluctant to show men and women directly competing against one another, despite many calls from female wrestlers, including Sonya Deville.

But beneath the glitz and glamour of the major promotions like WWE and New Japan Pro Wrestling, the biggest wrestling brand in Japan, lies a darker, grittier version. These small, independently-run companies operate for a different audience, which satiates their desire to see two opponents use every means at their disposal to hurt one another in the name of entertainment. In these underground promotions, the concept of intergender wrestling, or matches between male and female wrestlers, is far more accepted.

One promotion that embraces intergender wrestling is Deathmatch Downunder, which was founded in 2020. Erin Dick, the proudly queer head of community engagement with the company, spoke about how Melbourne’s left-leaning progressive position amongst the younger demographic made it a great place to start up, and gave its performers more freedom to promote gender diversity through their performances.

“Wrestling fans are, largely, I think they’re just a little bit weird, and they’re on the fringes of society,” they tell upstart.

“In terms of gender and diversity, there’s not a lot of intergender wrestling in Australia, let alone even Victoria. Some companies dabble in it, but for us, it’s par for the course.”

Dick says that the intergender wrestling model even gives them more variety and diversity with booking decisions.

“[The model] means we’re not recycling the same stories and narratives that the very-saturated wrestling market is delivering,” they said.

One of Australia’s most notable deathmatch wrestlers is Charli Evans, who performs with DMDU alongside many other independent promotions. She has made a career out of taking on men in some of the most violent, bloody matches one can imagine.

Intergender wrestling’s critics will unfairly compare the concept to a condoning of domestic violence, which is an argument that seems to pop up every time a video of an intergender match goes viral on social media. Veteran wrestling journalist Dave Meltzer said in 2017, “I don’t think it encourages [domestic violence] any more than professional wrestling encourages violence, period. But I think that there’s a portrayal that’s kind of [a] hot-button topic in the United States right now, and so that’s like a visual that I would want to avoid.”

Evans said these comparisons are foolish and even hurtful. She has even called out the term intergender wrestling as she feels it holds women back from truly being on an even playing field.

“We are trained performers who have all been taught the same regardless of gender,” she wrote in one of the many Twitter threads she has used to fight for her cause throughout her career. “It is a performance where ALL parties involved have consented. So please do not come at me with the bulls*** ‘it promotes domestic violence’ angle. Domestic violence is a f***ing horrible thing that unfortunately happens and has no consent involved.”

Dick also believes that only reserving criticism towards intergender wrestling in portraying domestic violence invalidates people’s experiences in same-sex relationships, in which the possibility of abusive relationships can still occur.

“That is a reality that people like me live with. If you’re in a same-sex relationship and you’ve experienced domestic violence, it can be very triggering to hear people [say] ’a man and a woman shouldn’t fight’ – well, no one should fight,” they say.

“But the main perspective that I always come back to is that it’s a predetermined contest where two consenting adults have stepped into the ring and agreed to put on a performance together and to protect each other.”

Dick says that DMDU promoting gender equality is only part of its mission. Splashed across the landing page of the company’s website is an acknowledgement that DMDU is founded on traditional Indigenous land, as well as establishing its support of the Black Lives Matter movement and the LGBTQIA+ community and it’s to make the environment as welcoming for people from all walks of life.

“My all-time favourite thing about being a part of DMDU is having fans come up to you and say, ‘This is so cool. I feel seen here. I feel safe here’ – I haven’t had that elsewhere,” they say.

Dick even says the DMDU promotion has become a safe space for people outside the traditional wrestling fandom.

“You’ve also got these punks and queers and people who wouldn’t be here otherwise. It was just a really cool moment for me to go, ‘wow, this is the community I’ve always wanted to be a part of’.”

Where the major promotions seem a little hesitant to showcase matches between men and women, Deathmatch Downunder is one of many independent promotions doing its part to redefine what women are capable of in the squared circle.

In an interview with VICE Australia, Evans said that other wrestlers’ views on deathmatches have changed in recent years.

“They’re a lot more common, they’re a lot more seen than 15-20 years ago when a lot of them were seen as trash-bag wrestlers that weren’t trained and just did this because it’s easy, or they liked to hurt people.”

ARTICLE | Kristian Bouboukis is a third-year Bachelor of Media and Communications (Journalism) student at La Trobe University. You can follow him on Twitter @paranoidpixie95