Is the inequality women still face in politics deterring our future politicians? 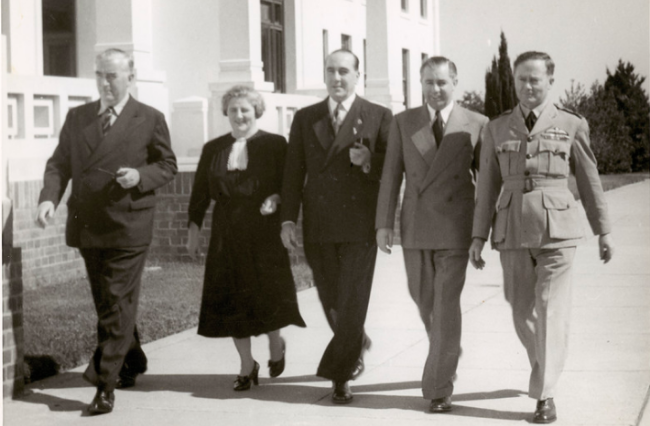 It was 29 September, 1943. Women all around the country were celebrating. It was the day Enid Lyons would stand as a member of the Australian parliament, the first woman ever to do so—an achievement for one woman, and a victory for all Australian women.

In the lead up and continuation of her career, Lyons was undermined by many. To them she could only be a mother or wife, and little respect was granted for her professional success.

Only sixty-seven years later, Australia voted in its first female prime minister. From the day she was elected in 2010, Julia Gillard faced a plethora of scrutiny by the media. She has been congratulated on the change she made for women in politics, but it came with a misogynistic price.

What does this say to young women, if what we’re seeing is that female figures in politics are still being burdened with scrutiny for the very fact that they were born female? Could these factors be discouraging young women from entering politics?

There are now 324 female members of parliament, according to a report released in April 2020, meaning 38.8 percent of all parliamentary members are now female

Despite this growth, women in politics are still facing the same issues of inequality and a lack of respect that Lyons faced some 78 years ago.

Federal Minister for Calwell, Maria Vamvakinou, has been engaged in politics since she was a teenager in the 70s. Inspired to take part in the change movements that were occurring at the time, she became a politician. She is now a minister of parliament and holds a seat in committees for migration, foreign affairs, defence and trade.

In her personal experience as a woman in the field, she says she’s had incredible opportunities and has been able to positively impact many lives. The media coverage of politics often displays the worst, she says, but both the positive and negative sides are true.

“They’re not separate to each other and neither is more truthful to the other. They’re both realities of politics,” she tells upstart.

Although Vamvakinou has faced many challenges in her career, she has not experienced incidents such as those alleged by Brittany Higgins. It is, however, through calling out and acting upon such behaviours that Vamvakinou believes is vital for change to be made.

“Often it requires something as horrible as that incident with Brittany Higgins to actually cause an uprising, and it’s only through uprising that we get change,” she says.

Vamvakinou hopes that young women will not be deterred from entering politics due to the ongoing media coverage of the negative culture in parliament house. She says there are so many positives to the job, and that more women in parliament would most likely reduce these behaviours.

The following through of penalties for those who have committed crimes against women in politics would also restore the confidence of young women, Vamvakinou believes. It is vital, she says, for young women to participate in improving the culture.

“Not only to be heard but to be used to change and to make change for the better. We don’t want to lose any generation of young women because of what’s happening at the moment.”

Having always had an interest in debating, 21-year-old Gabriella Dawson is a politics student and has already begun her political career. Working in an electorate office for the Victorian Parliament, Dawson knows what it’s like to be a young woman in the political field.

Dawson says she has mostly felt supported by her male colleagues and praises the importance of this in encouraging women to pursue politics.

“I think that’s a massive part of it, men actually using their own power to uplift women in those spaces. And not just to serve their own purpose,” she tells upstart.

For Dawson, the issue of gender equality in Australia is not confined solely to politics but exists on a larger scale.

“I think it’s a reflection of what is happening at a cultural level within our society more than anything else,” she says.

A study conducted by Plan International in 2017 revealed the lack of young Australian women wanting to pursue a career in politics. Only two percent of 10-14-year-old girls reported politics as a future career option. It rose to five percent for 15-17-year-olds and dropped back down to zero percent for 18-25-year-olds.

So, what exactly is deterring our future female politicians from going into the field?

Twenty-year-old psychology student Kasundi Rathnadara Gedara is very interested in politics and often involves herself in political discussions with those around her, but would not pursue it as a career. She thinks a major reason young woman are deterred from politics begins in upbringing.

“A lot of boys are raised differently. I feel like more boys are encouraged to express themselves and share their opinions. Whereas girls aren’t always encouraged to do that. They’re more silenced and their opinions aren’t respected in the same way,” she tells upstart.

Rathnadara Gedara believes this is often due to expectations of gender roles that are passed on by older generations.

“Girls have good opinions and they should be encouraged to express them more, so that maybe one day they feel comfortable enough to go into politics.”

The national conversations about these issues are happening with the support of the institutions that Maria Vamvakinou says her generation had to fight for. It’s due to this that she thinks the women of today have more of a chance at equality.

“This generation of young women…is probably the most capable of being empowered,” she says.

“There will always be negatives. That’s what I would say to you. Don’t be deterred by what’s happened, and if that, be encouraged.”