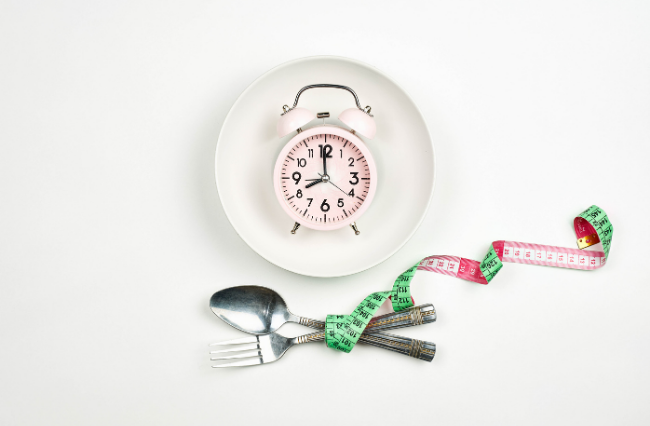 A piece of toast with specks of peanut butter for breakfast, a protein bar for snacks and a grilled chicken breast and steamed vegetables for dinner – all accompanied by the calorie count of each meal.

This is a typical TikTok #whatIeatinaday video. Another popular weight loss video includes a side-by-side picture of the creator’s full body before and after they went on a diet, followed by what they eat during their eating window time.

It is the sheer volume of these diet-focused videos that has led some to describe TikTok as a pro-anorexia platform, despite the app’s guidelines restricting content that “promotes eating disorders”. The popularity of TikTok has created a community for people to connect during the pandemic, but it has also provided another platform to highlight pseudoscience, including everyday people offering nutritional advice.

In response to claims of the platform glorifying eating disorders, TikTok has announced their partnership with the National Eating Disorders Association (NEDA) in February, which redirects users to helpline numbers if they were to search pro-anorexia content such as #whatIeatinaday and #caloriecounting.

However, not all pro-anorexia hashtags are included in this partnership, #intermittentfasting being one of them. At the time of publication, the intermittent fasting hashtag currently has over 290 million views. Intermittent fasting is a dietary pattern that rotates between periods of fasting and eating. There are several different methods of intermittent fasting, the most common one being the 16:8 method, where people fast for 16 hours a day and eat for the other eight hours.

This diet has been scientifically proven to be beneficial for weight loss and lowering the risk of other health concerns, but a 15 or 60-second video on TikTok will hardly ever go in-depth. Health experts are worried that this trend of non-expert advice could lead to people using intermittent fasting to repackage the promotion of eating disorders.

La Trobe University’s Dean and Head of School of Psychology and Public Health Professor Stephen Kent tells upstart that the “beauty” of intermittent fasting is you’re less likely to feel deprived as you’re restricting when you’re eating and not what you’re eating.

“You shouldn’t be counting your calorie intake if you’re doing this … There’s no reason to avoid desserts or indulge in your cravings as long as it’s in moderation. So, eat what you want,” he says.

Understanding the line between these types of diets and disordered eating can be tricky.

President-elect of the Australia and New Zealand Academy for Eating Disorders (ANZAED) Doctor Siân McLean tells upstart it all goes back to the individual and whether they’ve developed “black and white thinking” around their food intake.

“It’s not uncommon for intermittent fasting to trigger disordered eating behaviours. Having a delay in eating and long fasting is really problematic and can certainly trigger binge eating behaviours,” she says.

When participating in restrictive diets, Dr McLean says it is vital for people, with the help of health professionals, to have an understanding of their physical health to recognise the level of risk from a whole range of health indicators and not rely solely on weight.

“Think of yourself as a pie chart. There’s a whole range of things in your life that contribute to your self-worth,” she says.

“When you find yourself focusing more on the control of food and engagement in behaviours to maintain a certain shape and weight, it is important to self-reflect as to why you’re pursuing these diets.”

Dr McLean says individuals can identify if they’re straying to disordered eating by assessing whether or not the diet they’re doing has turned into a rigid and driven diet that offers no flexibility in eating and indulging in their cravings. She also suggested for people to be more conscious of how the diet affects their social life – have they been basing their daily activities according to their intermittent fasting pattern? Or have they been avoiding friends or family gatherings because it involves eating outside their eating window time?

Despite what’s been promoted on social media, no diet fits the “one-size-fits-all” narrative. Experts say people need to be more aware of the colloquial advice they’re taking off of social media, as what the people online are promoting might not work for everybody. For example, according to Kent, fasting for several hours a day and justifying it with consuming supplemental nutritional drinks alone may only suit some individuals as people have different metabolic needs that change as their life cycle changes.

“Social media has a way of amplifying opinions and judgements. It doesn’t mean they’re all equally valid,” he says.

Photo: Time to control weight. Diet or healthy food concept by Marco Verch available HERE and used under a Creative Commons Attribution. The image has not been modified.