The protests followed confirmation of an extended lockdown for Victorians. 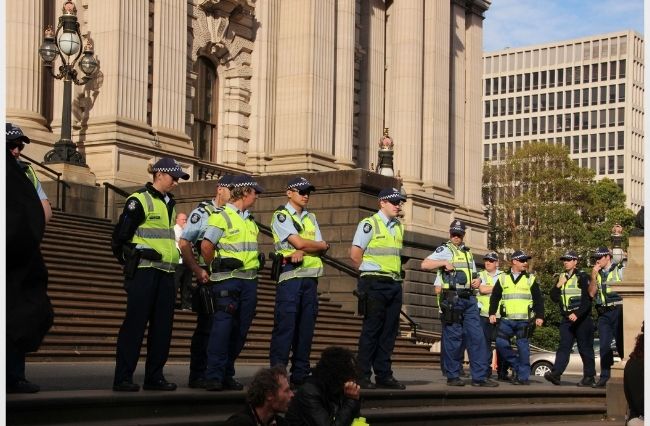 With a smaller number of protesters gathering in the CBD compared to that seen at last week’s protests, police were able to exercise greater control over the situation.

Victoria Police says the 73 arrests related to offences connected with the protest itself and breaches of the Chief Health Officer’s directions.

“Police had a highly visible presence in the CBD and were pleased that the majority of Victorians did the right thing and stayed home,” a police spokeswoman said.

The significant number of arrests comes only six days after a more crowded and violent protest spilled out across Melbourne’s CBD, resulting in one police officer being pushed to the ground and kicked.

However, last night’s protesters were met by around 400 officers, with police outnumbering those in attendance.

Out of the 73 arrests made last night, Victoria Police says 69 people will be charged with health direction breaches, while three were arrested for outstanding warrants and one for offensive language.

“These are people who are more interested in punching on with police than helping the community deal with a deadly virus,” he said.

Victoria has recorded 21 new local COVID-19 cases in the last 24 hours, 15 of which have been in quarantine whilst infectious.

Photo: The thin blue line at Parliament House – Melbourne May Day is May 1, 2012 by John Englart available HERE and used under a Creative Commons Attribution. The image has not been modified.