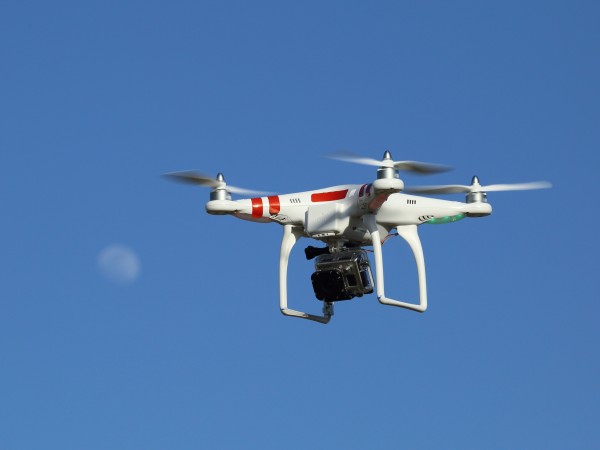 Drones can be purchased from almost any electronics store for just over $500.

All you have to do is attach a camcorder to it and you’ve got yourself a state of the art spy-bot.

These sorts of drones operate with no human pilot aboard. Flight is either controlled by onboard computers or by a remote control on the ground.

People are taking advantage of this innovative technology. Hawthorn FC recently used a drone to film a training session and an activist group used one to carry restricted abortion pills into Poland.

Drones have the potential to be revolutionary, but there are risks associated with them. Government regulation is struggling to keep up with the rapidly evolving UAV operability.

The operation of UAVs is enforced by Civil Aviation Safety Authority (CASA). They have developed strict regulations regarding the safe flying of drones.

Current regulations enforced by CASA states that drone operators must:

Licensing requirements only apply to commercial users. This includes anybody working for a paid client, such as aerial photographers and delivery services.

When operating a drone commercially a warrant must be granted before takeoff, and flight plans must be submitted to the relevant authorities.

No certification is needed for civil or hobbyist use.

Peter Gibson, spokesperson for CASA, tells upstart that there are currently no jurisdictions related to privacy. He says that CASA often receive complaints, even though it has no authority and can only refer clients to the police.

Privacy matters fall under The 1988 Privacy Act, but these laws do not apply to people acting in an individual capacity, creating the ultimate loophole for malicious users.

Minister for Emergency Management, Timothy Pilgrim, said in a letter to the Privacy Commissioner that anti-stalking provisions may apply in some cases but it needs to be considered whether UAV use is “adequately regulated by the legislation they administer”.

The absence of privacy protection became a grave reality for a Sydney woman who spotted a camera-drone hovering outside her kitchen window.

The woman immediately called police but was informed that the drone was operated by a real-estate agent who had obtained the appropriate papers and was acting within the guidelines of the law.

This is not a isolated incident.

Another real-estate agent used the same loophole to avoid conviction after filming a woman sunbathing in her backyard.

Gibson explains that the real-estate agents would have contacted CASA as a commercial operation and were therefore granted approval to fly their drones within the 30 metre perimeter.

Peter Clarke, lawyer and expert in privacy law, tells upstart that the laws which allow for this loophole are insufficient and completely outdated.

“At the moment it is weakly and poorly regulated. The enforcement of the existing laws have been timid to say the least.”

The obtrusive nature of these incidents calls to mind George Orwell’s dystopian novel, Nineteen Eighty-four, and the chilling reality of a watch-dog society.

Could Orwell have possibly predicted these future developments in undesired surveillance?

Technology and privacy are continually conflicting in modern society. The stealth and mobility of drones makes them much more threatening than CCTV.

“The more effective drones become, the better quality cameras and longer life batteries, the bigger the risk will be,” he says.

“Drone technology is moving to the point where it can follow designated targets around. Having them hover over a person’s house or workplace poses a real risk into the future.”

It looks like it’s time to embrace Orwell’s paranoia and become a little bit more concerned about the possibility of our very own Big Brother in the sky.

Erica Jolly is a third year Bachelor of Arts student at La Trobe University. You can follow her on Twitter: @EricaJolly