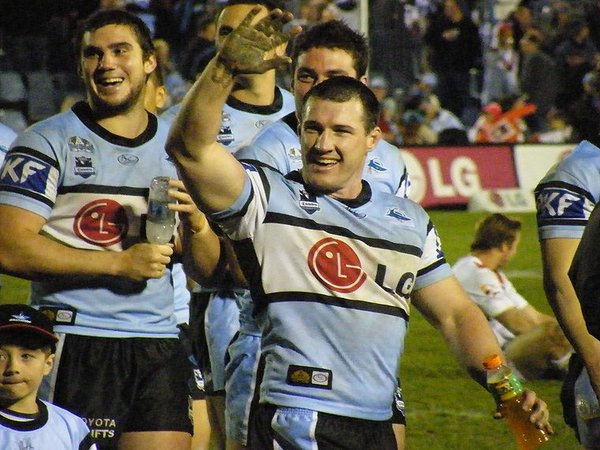 A lot can change in a week. Last Monday the Cronulla Sharks were preparing for their opening game of the 2013 NRL season, and had high hopes of winning their first title in 46 years after recruiting strongly over the off-season. Players like Luke Lewis, Beau Ryan, and Chris Heighington had all joined the Sharks, bolstering their already impressive list.

Only one week later, their premiership dreams hang in tatters.

It all exploded last Wednesday, when it emerged that 14 Cronulla players are being investigated by the Australian Sports Anti-Doping Authority (ASADA) for allegedly using banned substances in 2011. That’s enough to preoccupy a club for one year, let alone one week. Unfortunately, things only went down hill from there. 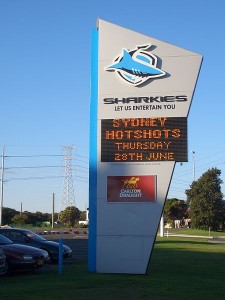 Cronulla members would have been hoping that was the last of the seemingly endless stream of bad news from the club, but they were wrong.

On Sunday morning, it emerged that the Sharks notified the NRL’s salary cap auditor that a former sponsor may have topped up star players wages and therefore breached the league’s salary cap.

To make it worse, the Sharks (plagued by financial problems in recent years) are still without a front-of-shirt sponsor for this season, and a multi-million dollar stadium naming rights deal fell through last month.

With all the negative press at the moment, it will be a real task to find a sponsor that is prepared to have their name associated with Cronulla’s tarnished brand – innocent or not.

Unfortunately for the Sharks, all of the media speculation and controversy will last until ASADA ends its investigation and hands down what sanctions it sees fit. It is still unknown just when that final judgement will be made.

What is known is that ASADA’s investigation is centred on a short period in early 2011 when controversial sports scientist Stephen Dank was employed by the club. He left Cronulla after a falling out with the club’s medical staff.

In an extraordinary interview with Sunday Telegraph Sports Editor Phil Rothfield yesterday, Sharks chairman Damian Irvine alleged that during the time Dank was working for the club, players were injected with a substance that is usually given to horses to increase muscle growth, strength and endurance. However, he denied knowing about this at the time, instead blaming the now fired support staff for keeping quiet.

“[We] wouldn’t have known what was going on because people chose to keep things secret, deliberately, and that’s why they are not there anymore,” Irvine told Rothfield.

“Things were not elevated. That’s why two years later it’s blown up. If we’d been told, we could have done something at the time.”

However, as the drug allegations have only come to light through ASADA and the Australian Crime Commission’s investigation into drugs in sport, the 14 players at the centre of the scandal have been told to plead guilty and accept a six month ban, or take their chances and face two years on the sidelines.

Having 14 first team players ruled out of contention for one week is a big setback for any sporting team. To have 14 players out for six months or more is an absolute catastrophe. If the Sharks players accept their bans, Cronulla can kiss their 2013 hopes goodbye.

If the players fight the charges and are found wanting, that could mean the end for the already crippled Cronulla.

To say the Sharks are in crisis is an understatement. If the club isn’t careful, the turmoil engulfing Cronulla may blow them out of the water in a similar fashion to the final scene in Jaws, where the shark violently explodes into nothingness.

The fans are continuing to stand by their club through the darkest time in Cronulla’s history. A massive crowd turned out to watch their first home game on Sunday night against the Gold Coast Titans. The intense scrutiny on the Sharks during the past few days only seemed to fuel their passion and they ran out eventual 12 – 10 victors.

Thankfully for Sharks fans, there was a small glimmer of light at the end of Cronulla’s most tumultuous week ever.

Paddy Naughtin is in his third Bachelor of Journalism student and a member of upstart’s editorial team. Follow him on twitter at @PaddyNaughtin.