Despite finding her passion a little later in life, competitive skier Ella Jackson didn't let age or experience stop her from pursuing the sport. 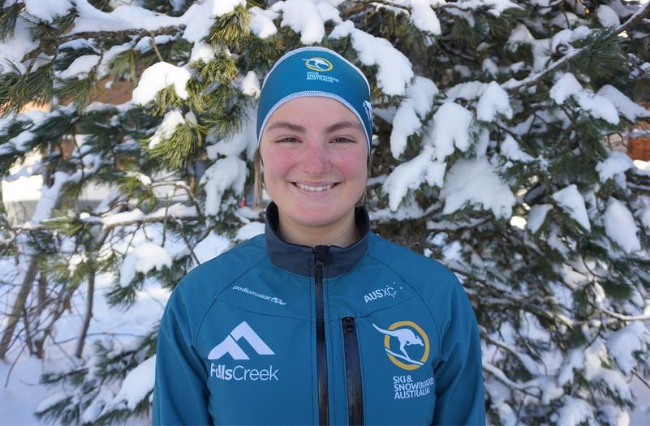 However, it was actually a mistake. She was disheartened to find out that there had been a mix-up. The email was meant for someone named Stella, meaning Jackson had missed out on the opportunity to be apart of the national team.

It wasn’t until the following year when Jackson was in her final year of high school that she finally made the national team. Jackson scored a qualification time in the national cross-country skiing championships, and she’s been there ever since.

Despite disappointment earlier in her career, Jackson is now a member of Australia’s U23 Cross Country Skiing Team. The 22-year-old picked up the sport in 2011 and started competing soon after.

“I was pretty bad for a couple of years but was clearly fit, just a bit late to the sport… I went from losing inter-schools in year eight to coming second the next year,” Jackson told upstart.

“Then I got into the Victorian team and have been going overseas every winter since.”

It all started with a multi-stage fitness test in year eight of high school. After winning the test, Jackson’s Physical Education (PE) teacher suggested that should she try out cross country skiing due to the sport’s need for a high level of aerobic fitness.

Jackson went to a training camp and soon entered her first race, which was one of the first times she had ever skied on snow.

Support from her teachers and coaches early in her career motivated Jackson, as they knew that she could be successful in the sport.

“I don’t think I’ve made it yet and I’m still working towards really competing at that top level, but at the same time … I honestly think the moment I knew was when I was in year eight.”

Although it was her PE teacher that introduced Jackson to the sport, it was the older girls in the skiing team who had the biggest influence on her.

“They just had this attitude about them when it came to exercise and sport and just life, in general, that was just contagious,” Jackson said.

“They were so encouraging, and they really made me who I am today both in and out of skiing.”

Outside of skiing, Jackson is studying a Bachelor of Human Services/Master of Social Work at La Trobe University. In her spare time, she remains active by rock climbing, hiking, and playing sport on the beach with her friends, while also finding time to spend with her family.

Although she does enjoy travelling overseas and skiing on mountains that have been featured in postcards, competing in the sport does have its downsides. There are times where extensive travel takes its toll on Jackson’s mental wellbeing.

“There is a bit of a misconception that I’m travelling to these countries as in like seeing the sites and the culture. When in reality most of the time, I’m travelling there and I’m skiing, eating and sleeping next to the ski track,” she said. “That is my biggest challenge, not seeing my friends and family all the time.”

Whilst time away from loved ones can be difficult, Jackson notes that she finds motivation in testing the limits and showing people what she is made of.

“I think there have been a couple of races overseas where I have just pushed myself way beyond 100 percent,” Jackson said.

On race day, Jackson tries to stay relaxed and treat it like any other day. But sometimes, things do not always go to plan.

“I have forgotten boots, I have forgotten skis. I once started a race without my poles on.  I am not very organised, I often get to the start line about four seconds before I am about to start which causes stress for a lot of people.”

Despite achievements such as winning the Australian Birkebeiner Hoppet Race, competing at overseas events such as the World Junior Championships and representing her country, the thing Jackson is most proud of comes outside of sport.

“I think my greatest achievement for me is staying true to myself just as a person,” Jackson said.

“Staying who I am as a person while also being an athlete, it is two separate things.”

Jackson is aiming for selection in the senior Australian team this year and will be waiting for an email with her name on it.

Daniel Foley is a second-year Bachelor of Media and Communication (Sports Journalism) student at La Trobe University. You can follow him on Twitter @dfoley2600

Sean Dillon is a second year Bachelor of Media and Communications (Journalism) student. You can follow him on twitter @seandillon00