Four batches of EpiPens recalled after reports they failed to activate 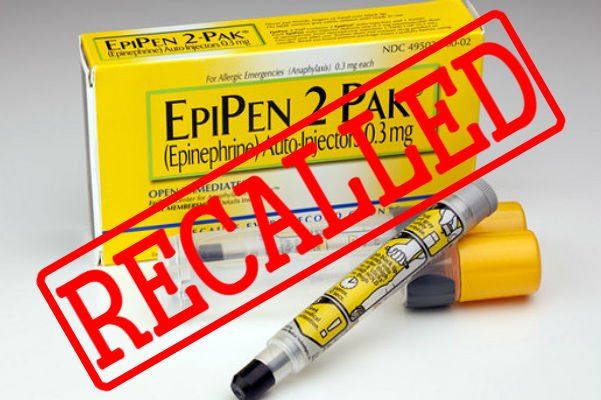 Four batches of anti-allergy EpiPens have been recalled after reports they may fail to activate.

US Manufacturing company Meridian Medical Technologies has issued a recall for the 300 microgram EpiPen in Australia.

In a press release, the Therapeutic Goods Administration (TGA) confirmed two cases of the auto-injectors failing to work.

“The failure of the auto-injector to activate may result in patients not receiving the required dose of adrenaline, resulting in the worsening of symptoms of anaphylaxis or anaphylactic reactions, which could be life-threatening,” says the TGA.

Other reports say that the EpiPen may require more force that usual to activate.

The TGA asks for patients to check the batch number and expiry date on the label or at the end of the carton.

The batch numbers affected in Australia are as follows;

The device is designed for emergency situations for people suffering a severe allergic reaction.

Patients are being advised to keep their EpiPen until they have a replacement. Pharmacists will replace them for free with one from a different batch.

No other batches are thought to be affected.

If you or someone you know are suffering from an anaphylactic shock call emergency service on 000.