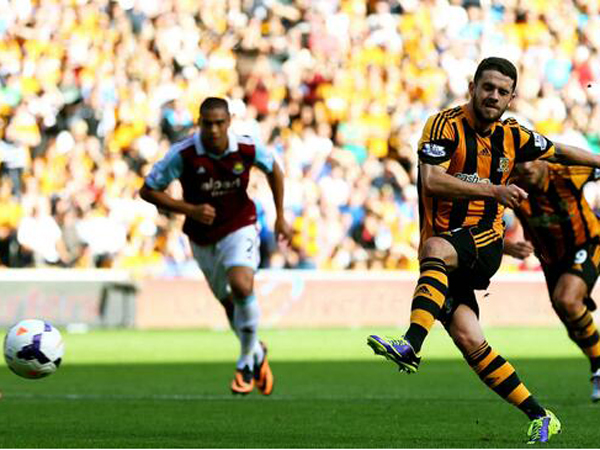 Just a few weeks ago, the pressure was heaping on Roberto Martinez following three draws to begin Everton’s campaign. Wins over Chelsea, West Ham and Newcastle followed and the Toffees, who are usually slow starters to a season, are now inside the top four. City meanwhile have struggled to find balance. Big wins have been followed by losses in which its defence has been more than suspect, like last time out at Villa.

For this reason a cagey game is expected with the Citizens still favourites due to Vincent Kompany’s anticipated return from injury.

Newcastle were far from good enough at Everton last weekend, a trend which has been too evident in their first six games. They have suffered successive 3-2 defeats now and the Magpies need to show they can score goals without conceding if they are to ascend the table.

Cardiff meanwhile will be visibly more relaxed following Jordon Mutch’s last gasp screamer at Fulham last week and have a great opportunity to record consecutive victories with parochial support behind them.

This match presents a battle of two sides looking to make amends for frustrating results last time out. Fulham should’ve had the three points sewn up before the final minute against Cardiff, while Stoke struggled to make in-roads at home against Norwich. Neither side will want to suffer consecutive defeats meaning these two could cancel each other out.

Fortune was on Hull City’s side last weekend as a controversial penalty handed them a 1-0 win over West Ham. Although Steve Bruce will point to his side making their own luck given they were able to contain the Hammers for the entire 90 minutes. This game presents a great opportunity for a third successive win for either side and despite playing away from home, Aston Villa surprised everyone by beating Manchester City without Christian Benteke last time out and will travel north as favourites.

Luis Suarez’s return to Liverpool’s line-up last week raised questions of how the Uruguayan could be partnered with the in-form Daniel Sturridge. The pair answered that in droves by combining for each of the Reds’ three goals. It looked as though they had been playing together for years rather than one match, which means Brendan Rodgers, who was only complimentary of the duo following their first match together, has done some great work on the training ground.

If the two spearheads can combine to similar effect this Saturday, Liverpool will have far too much quality for a Palace side beginning to struggle in the top flight.

Establishing which of these sides is in the more disappointing form is difficult. United sit 12th on the table and David Moyes’ opening games in charge have presented a tough initiation for the Scot, while Sunderland are in the process of naming a new manager already and are in a similar spot to the end of last season.

The Red Devils will have little preparation for this fixture once back in Manchester from their Champions League fixture in the far east of Ukraine. While the Black Cats will be backing themselves to kick-start their season and heap more misery on their struggling visitors by pinching at least a point here.

Chelsea’s perceived struggle to begin the season appears to be over as they head to Norwich from a big Champions League win in Romania. The Blues will be without the injured Fernando Torres, though, meaning Samuel Eto’o is likely to enjoy a longer run in the side in search of his first Chelsea goal. The London club faces a tough task on Sunday against a Canary side that took all three points from Stoke’s Britannia Stadium last time out and will be eyeing points at home to break free from the logjam in the lower rungs of the table.

Chelsea will have to really fight for the three points here.

This game will be very easy on the eye, two sides playing similar passing styles of football that won’t be happy with just a draw. Southampton are the side in better form, given their opponents will travel south on the back of two losses but this won’t affect Swansea’s approach, Laudrup wants to get results playing the same football week in, week out. Goals for his Swans side will be hard to come by, though, Southampton have kept clean sheets in their last three matches and will want to dictate the majority of possession.

This one is too close to predict.

Tottenham will be eyeing this London derby as the perfect chance to extend their near rivals winless run in the League, which now sits at five matches. West Ham’s last victory came at home to Cardiff on the opening day. The Hammers will set-up to make themselves hard to beat though knowing Spurs conceded Chelsea’s equaliser last week from a set piece and will look to do the same given any Sam Allardyce side are strong in this area. They will need more than one goal to win this one though and that’s where their downfall will lie.

Arsenal recorded their 12th consecutive away win last time out at Swansea, and their midweek Champions League win over Napoli was their 10th successive in all competitions. Placing a finger on a more in-form side in Europe at the moment is nigh on impossible. It’s also difficult to ascertain how much confidence is installed within their Sunday opponents West Brom, who won miraculously at Old Trafford last weekend. What is known is that the opening periods of this game will be manic. Steve Clarke will want his side to really go at Arsenal early while still being accountable at the back.

The Baggies will give a good account of themselves but nobody can look past Arsenal at present.

Luke Sale is a second-year Bachelor of Journalism (Sport) student at La Trobe University. You can follow him on Twitter @lukesale1.