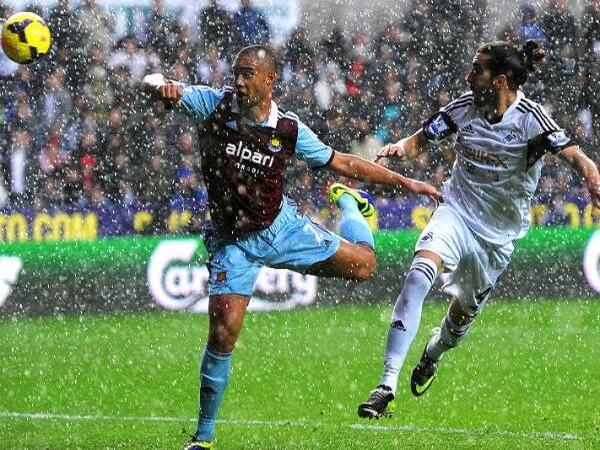 Newcastle played without a game plan in its biggest match of the season last week, leaving manager Alan Pardew with a lot to answer for. The Geordies sit in a not-so-comfortable 11th place, just three points above the drop zone, and will need to have a red-hot go against in-form visitors Chelsea, to get its supporters back behind it. Unfortunately for the northern club the Londoners are flying, only two points off top position and unbeaten in nine matches, a run that will continue beyond Saturday afternoon.

Fulham’s poor start to the season was compounded by a disappointing League Cup exit to Leicester during the week, heaping more pressure on manager Martin Jol. His side travels to Anfield next week, the second consecutive match it won’t be expected to get anything from. Perhaps this will be a good thing for the Cottagers, who can play with the freedom of no great expectation. Jol will know he needs a good display from his players to keep his job, and the next two weeks will really show if the players are behind their boss.

The ‘Claret and Blue’ duo of the Premier League meet in East London on Saturday afternoon, on the back of impressive performances last time out which perhaps deserved greater reward. West Ham had the better of its scoreless draw in Swansea, while Villa missed a penalty before losing 2-0 to an impressive Everton side. This one will be close throughout, with both sides coming away with a point.

The Baggies set out to play an open style of football at Liverpool last week, which made for an entertaining game, albeit one they were always going to struggle to get a result from. Thankfully for Steve Clarke it ended a run of games against the big clubs in the league, and he’ll know whether his side can perform to a similar level against the significantly weaker clubs, like now-bottom side Palace, as it pushes toward the top 10 – which is an accurate reflection of where the Hawthorn’s club should be.

Stoke captain Ryan Shawcross criticised his side, after the Potters’ gave up the lead in two consecutive games in a one week span. The first was at Old Trafford, where two goals in as many minutes reversed the scoreline, and then again in the League Cup, when Championship side Birmingham fought back from two goals down with 10 men to force extra time. This sort of response from a captain is unusual, and a big reaction can be expected on Saturday at the Britannia. Unfortunately for Shawcross and Stoke, Southampton is in scintillating form and won’t drop points here.

A catastrophic lack of communication in the final minute saw Manchester City suffer another defeat on the road last week at Chelsea, leaving the Citizens six points off pace-setting Arsenal. Manager Manuel Pellegrini will know mistakes like that must be eradicated if his side is to compete for League honours in May. Fortunately for him, City is at home this week where is has been so strong on each occasion. Norwich got torn apart at United in the League Cup midweek and a similar heavy defeat here is certainly on the cards.

Hull returns home from a week in London with two clashes against Tottenham and will be disappointed with how it lost both matches. The Tigers have only got a point from their last three games, and manager Steve Bruce will be determined to put an end to his side’s form slump. This week is a perfect opportunity for doing just that, but Sunderland will still be on a high after last week’s derby win, so City will have to be at its best.

Arsenal vs. Liverpool 4:30am Sunday EDT

Arsenal’s blistering start to the season hit a speed bump during the week, and a loss on Sunday would be its third consecutive at home. The Gunners’ defence did well to keep a clean sheet with a man down against a spirited Palace last week, but will have to lift to another level to contain the Reds’ in-form ‘SAS’ partnership of Sturridge and Suarez. Both sides use possession of the ball as the basis of their game, so the midfield battle will be important to deciding this one. Liverpool would happily take a point on the road, while Arsenal will be determined to remain top of the league. This will be a closely fought, high quality battle.

Everton vs. Tottenham 12:30am Monday EDT

Aside from the early-season London derbies, this game presents Tottenham with its toughest test yet. The Spurs will be up against a side high on confidence, after a great start to its season. Everton has already disposed of Chelsea at Goodison Park this season, but Villas-Boas’s men have only conceded one goal on the road this season. It will be a tight battle, but overlooking the Toffees at home is just too difficult.

This game promises to be a fiery affair in the Welsh capital. This fixture last took place when both sides were still in the English Championship in 2011 and ended in a win for Cardiff, but it was Swansea who got sweet revenge by being the first Welsh club promoted in May of the same year. There’s no doubt Swansea is the stronger of the two sides, but the form book becomes non-existent in a derby and Cardiff’s fight to stay in the top flight might just outweigh Swansea’s desire to beat its Welsh rival.

Luke Sale is a second-year Bachelor of Journalism (Sport) at La Trobe University.You can follow him on Twitter: @lukesale1.