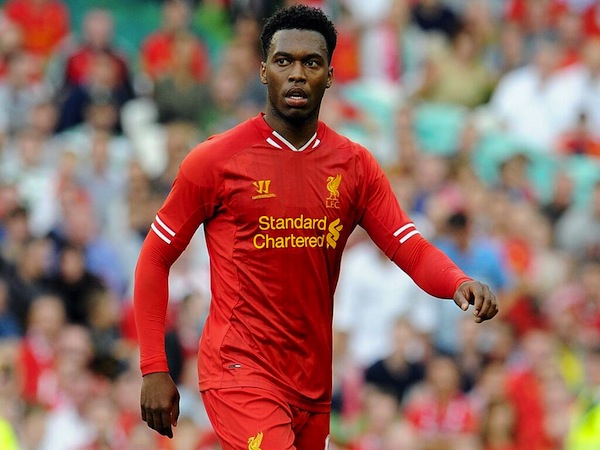 The English Premier League starts this weekend, in what might just be the most exciting and closest season yet. Over the past two days, upstart’s two sport editors have taken it upon themselves to preview the chances of each of the 20 clubs over the past two days. Here are the second ten teams.

You can read the previews of the first ten teams here.

Prediction: Europa League qualifier
Despite the constant rumours, the North London club have yet again failed to splash the cash over the summer break, much to the dismay of their long-suffering fans. Failure to sign Gonzalo Higuain has left a gaping hole in the front third and they will be relying on the hot and cold Olivier Giroud to step up to the plate and provide the goals. A title challenge is out of reach, and it may be the year they finally succumb to bitter rivals Tottenham for the much-coveted Champions League spot.

Key Player: Santi Cazorla
The Spaniard was immense for Arsenal last season, scoring 12 goals and nabbing 11 assists to help his side to the final Champions League spot. Again, they’ll be looking to him for goals and penetrative balls into the final third.

Prediction: No hope
It will be a long, long season for Palace fans. The Eagles have lost star man Wifried Zaha to Manchester United over the summer, whilst their top scorer from last season’s promotion year Glenn Murray looks set to miss a majority of the season with a cruciate knee injury. A lack of quality signings means they will be back in the Championship next season.

Key Player: Mile Jedinak
Socceroos fans will be thinking “why, oh why?” after his recent sub par performances for the national team, but the Australian has been an absolute colossus for Palace and was named their player of the season in a side which won promotion to the Premier League.

Prediction: Europa League contenders
Under Brendan Rodgers, Liverpool has shown signs of improvement following the arrivals of Phillipe Coutinho and Daniel Sturridge. The Luis Suarez transfer saga has dominated the headlines, but the summer additions of Iago Aspas and Simon Mignolet are astute signings by Rodgers and they should build on the foundations set last season.

Key Player: Philippe Coutinho
A typically Brazilian no.10, Coutinho provided Liverpool’s midfield with the creativity it so badly needed after joining the Merseyside club in January from Internazionale. His clever linkup play with Daniel Sturridge will be vital if Liverpool are to challenge for Europe.

Prediction: Title chaser
David Moyes faces a enormous task defending the title after taking over from the legendary Sir Alex Ferguson. Pre-season has not gone as well as he would have liked, and without any key signings, United may have to play second fiddle to their much-hated city rivals. The 20-time English champions have not had the strongest squad on paper for few years now, and without Ferguson the title may be out of reach.

Key Player: Robin van Persie
Arguably the best player in the competition and one of the best players currently on the planet. He has all the attributes a striker needs and his arrival in January ensured United went on to win the title last season.

Sturridge: “I’m fit and good to go. If I’m selected against Stoke then I’ll be ready.” http://t.co/4c6xr3EOLV #LFC pic.twitter.com/7QLqBeO5V1

Prediction: Mid-table mediocrity
There is no doubt the Magpies have the quality in their squad to break back into the top half of the table, however, the addition of the controversial Joe Kinnear as football director has ruffled a few feathers up north and the club seems unsettled. It is also a make or break season for manager Alan Pardew

Key Player: Yohan Cabaye
With the likes of Monaco, Roma and Napoli all vying for his signature, Newcastle must do all they can to keep the midfielder at the club. His vision and technical ability make him one of the best midfielders in the league.

Prediction: Mid-table mediocrity
A poor run of results saw the Canaries slip into the relegation battle last season, but the surprising signing of Sporting Lisbon’s talented Ricky van Wolfswinkel and Celtic’s Gary Hooper will shore up the attack this season. It is doubtful they will fall into another relegation dogfight, but a challenge for a European spot will be a step too far.

Key Player: Ricky van Wolfswinkel
A somewhat peculiar move from the striker who over the past couple of years has been linked to title challenging clubs in both Italy and Spain. Norwich fans will be ecstatic though as he has the quality to hit double figures in the Premier League.

Prediction: Mid-table mediocrity
Mauricio Pochettino’s side have added Celtic’s powerful midfielder Victor Wanyama to their midfield which should add some steely resolve to a team who, despite being in danger of relegation for much of the season, always played attractive football.

Key Player: Rickie Lambert
His 15 goals for the Saints last season earned him an England debut at the age of 31 against Scotland this week and he took no time to repay the faith shown by Roy Hodgson, scoring with his first touch of the game. His physical presence combined with his technical ability make him a nightmare for opposition defences.

Prediction: Relegation battler
The Black Cats have been busy in the transfer market over the summer bringing in highly-rated winger Emanuele Giaccherini from Italian giants Juventus and American striker Jozy Altidore from AZ Alkmaar in the Eredivisie. Whether they can survive the drop may depend on eccentric manager Paulo di Canio, who has had his fair share of bust-ups with his own players in his short career as a manager.

Key Player: Emanuele Giaccherini
A tactically shrewd player, Giaccherini can play anywhere across the midfield or as a winger. His versatility will be vital for Sunderland just as it was for Italy when he helped his side reach the final of EURO 2012.

Prediction: Europa League contenders
The capture of goal-scoring machine Wilfred Bony from Dutch club Vitesse is a sign of intent from manager Michael Laudrup who’ll look to continue the club’s brand of possession-based attacking football. Bony’s linkup play with Michu and Pablo Hernandez will be a determining factor in whether or not Swansea can challenge Arsenal or Liverpool for a Europa League spot.

Key Player: Michu
His 18 goals last season made his paltry £2 million transfer fee from Spanish club Rayo Vallecano one of the best pieces of business in world football. If he can repeat his goal-scoring feats again this season, Swansea may well play in the Europa League again next season.

Prediction: Mid-table mediocrity
The permanent signing of Andy Carroll and the addition of Stewart Downing from Liverpool this week leaves nothing to the imagination in terms of the tactics Sam Allardyce will be applying this season. It won’t be pretty, but the barrage of crosses from Downing and Matt Jarvis from the wings into beanpole striker Carroll should prove effective against most teams.

Key Player: Matt Jarvis
The tricky winger was the most successful crosser in the Premier League last season and, with a fully fit Andy Carroll waiting on the end of them this season, Jarvis will terrorise defences with his constant pinpoint balls into the box.