Australian universities are starting to identify esports as being worthy of scholarships. 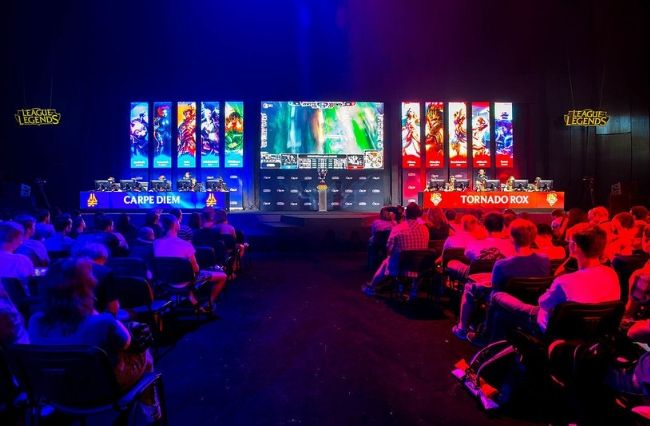 Tennis stars Naomi Osaka and Novak Djokovic both won $4.1 million as the 2019 Australian Open singles champions. Seven months later, Anathan Pham, a 19-year-old from Melbourne, earned more from playing a computer game ($4.6m). The esports industry is growing rapidly, with more tournaments being created every year. When the prize money can be that big, it’s no surprise that the world is changing to encourage young adults to consider esports as a career.

James Shute, more commonly known as “Tallywhacka” has been a professional esports player for six years. Over those years, he has focused entirely on the multiplayer battle game League of Legends and he doesn’t regret that decision. League of Legends is a very fast paced game which matches the personality of players like Shute who like to make quick decisions both on the computer and in their life outside of it.

“I haven’t really thought of life outside of League, I’m the kind of person who likes to live in the moment and not worry about what has happened or what could happen,” Shute told upstart.

Esports may not be as physically demanding as more traditional sports such as football or rugby, but Shute believes it doesn’t mean it’s any easier.

“Esports has a very heavy toll on your mental wellbeing. Only the best are able to sit at their computer for hours on end while keeping a productive mindset, this is why it’s so common to see young players retiring or the average career length in esports being very short,” he said.

Esports requires just as much preparation as traditional sports. Shute trains for six hours, four times a week, which is combined with team meetings to ensure everyone is ready for weekend competitions. He flies from Adelaide to Sydney or Melbourne every Friday to compete in League of Legends tournaments that go for two days.

One of the largest tournaments he has played in was worth AUD$30,000. It may not be as large as the competitions Pham plays in, but that prize money would still be a very handy paycheque.

Shute is always looking to improve his performance levels to help him win a tournament one day.

“I’ve had my fair share of Grand final appearances but I’ve never been able to seal the deal. I’m still working towards my dream of playing overseas every day,” he said.

Australia is currently ranked 12th in the world for total prize money won in esports with US$15.3 million dollars. American esports players have won over eight times that amount. Work has to been done to reduce that gap, but in the last 12 months alone, there have been significant steps made in Australia to cater for esports.

At the beginning of the year, the Queensland University of Technology (QUT) granted the first sports scholarships to esports players in Australian history. Co-coordinator of the QUT esports program Dylan Poulus says the five recipients of the AUD$10,000 scholarships are treated like any other professional athlete.

“When we were the first university in Australia to get a team in the Oceanic Challenger Series which is the second-highest level of competition for League of Legends, we decided that we would treat those high performing players as if they were an Olympic athlete or a Broncos player.”

These scholarships are a sign that Australia is slowly catching up to bigger gaming countries like the United States and China. But it wouldn’t have been a reality if Poulus and fellow QUT esports co-coordinator Michael Trotter didn’t start their own club back in 2017. The young men found a couple of old university computers on campus and set them up in an abandoned storage room. This student-run esports club started with three members – including Poulus and Trotter – but in six weeks it had over 600.

“It was kind of ridiculous how quickly we grew,” Poulus said.

“The chancellor of students at QUT came to us and said, ‘look this is incredible, if we were to back you and give you some money, get on board and support the program, what would it look like?’ We put a business case together and come 2018 we were brought into the QUT sports portfolio.”

Poulus hopes that the inaccurate stereotype of professional gamers is crushed as esports becomes more prevalent.

“The main criticism of an esports player is that they’re that poorly socialised overweight, undertrained person who sits in their parents’ basement and plays video games to all hours of the night, sacrificing their health and relationships to do so. We’re fighting that,” Poulus said.

Melbourne Emporium has recognised the growth of esports in Australia. It’s been announced that the shopping centre will have an esports entertainment venue by early 2020. The venue will be two stories high and include features such as an esports arena, streamer pods, restaurants and bars. Poulus believes that this is just another sign that esports is becoming more accepted in Australia.

“The esports industry is moving so quickly in every possible direction that I struggle to keep up with everything.”

Alex Morrison is a third-year Bachelor of Media and Communications (Sports Journalism) student at La Trobe University. You can follow him on Twitter @alexcjmorrison

Photo: 3rd Place Match SLTV StarSeries Summer Split 2015 by Yuri Shornikov available HERE and used under a Creative Commons Attribution. The image has not been modified.