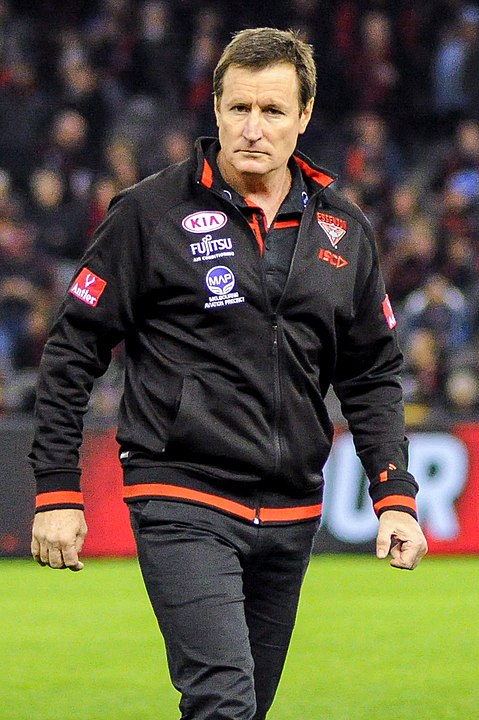 Essendon is set to announce their coaching succession plan for the 2021 season on Tuesday afternoon at the club’s base in Tullamarine.

Current head coach John Worsfold has had his job assured for the 2020 season, the final year of his contract, however the club has confirmed to The Age that assistant coach Ben Rutten will take over the role in 2021.

Following the coaching change, 50-year-old Worsfold has the option to move home to Western Australia where his family resides, but if he stays at the club, he will become director of coaching.

The 2020 season will be Worsfold’s fifth and final at Essendon, so far resulting in 39 wins and 51 losses and including two finals campaigns in 2017 and 2019, both resulting in heavy elimination final losses.

He joined the club in October 2015 after a decorated playing and coaching career at West Coast. He captained the Eagles to two premierships in 1992 and 1994 and won a best and fairest award in 1988. He then re-joined the club as head coach, leading them to a third premiership in 2006.

Rutten will take the helm after building a strong resume as an assistant coach, since retiring from Adelaide at the end of the 2014 season after 229 games, nine goals and All-Australian selection in 2005.

He joined Richmond for the 2015 season as an assistant coach, helping the club to its drought-breaking premiership in 2017. In August of 2018, he made the move to Essendon, taking up the role of team defence and key position coach. He took on a more senior assistant coaching role in 2019 as a head coaching role became a possibility.

Rutten will take over a Bombers side that has not won a final since 2004, including their 55-point loss to West Coast in this season’s elimination final.

They have recruited heavily in recent times, signing Devon Smith, Jake Stringer, Adam Saad and Dylan Shiel in the last two seasons. Rutten will have the role of trying to bring all this talent together and build Essendon’s first premiership team since 2000.

Photo: John Worsfold by Flickerd available HERE and used under a Creative Commons Attribution. The image has not been modified.