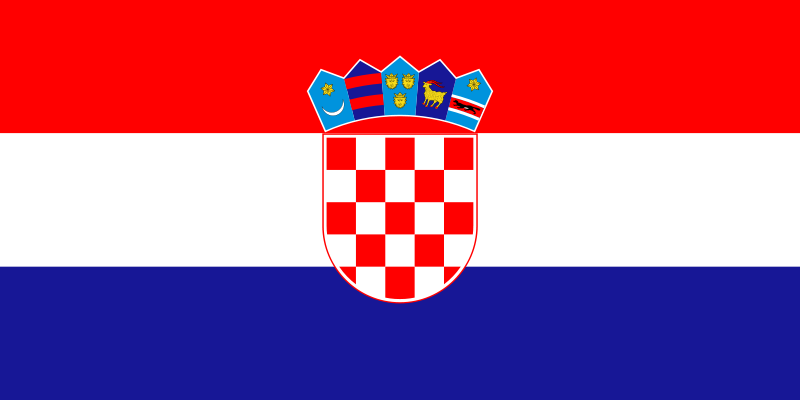 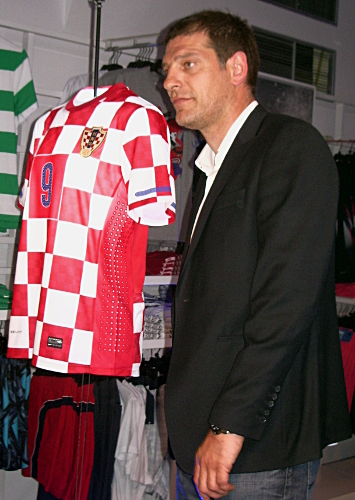 EURO 2012 will be the final chance for Slaven Bilic to lead his talented squad to success. (image: Roberta F via wiki media)

Largely unimpressive throughout the qualifying campaign, Croatia managed to qualify for Europe’s premier international footballing competition after an intense two-legged playoff win over EURO 2008 nemesis Turkey. After shock losses to Georgia and Greece cost the Vatreni an automatic place in Poland/Ukraine, however there were flashes of the Croatia of old with a hard-fought 2-1 win against Israel in Tel-Aviv, but its free-flowing football of the late part of the last decade was lacking.

Tottenham’s Niko Kranjcar was the top-scorer with four goals to his name during qualifying. Yet manager Slaven Bilic will be sweating on his availability this June, after he missed a large part of the Premier League season due to his troublesome knee.

Luka Modric – One of the world’s best creative midfielders, Luka Modric provides the link between defence and attack with his incredible range of passing and his smart movement. Modric has proven his small stature to not be a problem, having starred in the English Premier League – which is perhaps the most physically demanding league in the world. Easily Croatia’s best player, he will be key to Croatia’s chances at doing some damage this European summer.

Nikica Jelavic – Also playing in the Premier League, Nikica Jelavic has come out of nowhere in the past two years to become Croatia’s best attacker, overtaking the likes of Eduardo, Mladen Petric and Ivan Klasnic. 30 goals in 45 appearances for Rangers in the Scottish Premier League last season earned him a move to English club Everton, where he has forged a strong partnership with Socceroo Tim Cahill. Jelavic scored 11 goals in just 16 appearances – after joining the Toffees in January. If Bilic’s team selection is dictated by form, Jelavic will be a certainty to start for Croatia in June; with Ivica Olic, Eduardo and Mario Mandzukic all vying for a place alongside him.

Ivan Perisic – A German Bundesliga champion with Borussia Dortmund this season, the 23-year-old struggled to hold down a starting XI spot, but still however managed to chip in five goals in 22 appearances as Die Borussen went back-to-back. Playing predominately as an attacking midfielder, a stunning last gasp equaliser in the UEFA Champions League at home to Arsenal in front of 80,000 was a one of the highlights of a successful breakthrough season for the youngster. The probability is that he will come off the bench in most games, but when he does expect him to cause opposition defences major problems with his vision and goal-scoring ability.

Slaven Bilic – Having announced this will be his last tournament as manager, the former Hajduk Split, West Ham and Everton defender will be looking for a strong showing at EURO 2012, to make up for the disappointment of missing out on the 2010 World Cup. A likeable character who wears his heart on his sleeve, Croatian fans had big hopes after the good football his team played in both EURO 2008 qualifying and the tournament itself. However, Croatia is yet to again reach those heights, and Bilic has since found himself heavily questioned by the media and fans in regards to his tactical decisions.

Going into the game as heavy underdogs, Croatia put in one of its best performances at a major international tournament; defeating one of the competition favourites in the group stage. Goals to Darijo Srna and Ivica Olic handed Croatia an astonishing win – which was sweet revenge as it was knocked out of EURO ’96 in the quarter-finals by the same opponents. Winning all three of their group games, Croatia lost in the quarter-final in a penalty shootout to an injury-depleted Turkey despite hitting the lead through Ivan Klasnic with two-minutes to go in extra-time.

Most are predicting footballing powerhouses Spain and Italy to take the top two spots easily in Group C, however Croatia are known giant-killers and always step up a gear when playing the bigger nations. Having never lost to Italy in the six matches they have played each other, coupled with the fact the Italians are notoriously slow-starters, Croatia has every chance of getting through the group stage, provided players such as Modric, Jelavic and captain Darijo Srna are playing their best. Winning the tournament however is extremely unlikely. Reaching the Quarter finals will be an outstanding achievement for Croatia.

Daniel Baricevic is a second-year Bachelor of Sports Journalism student at La Trobe University. You can follow him on Twitter @danielbara4

upstart is previewing each of the final teams in the lead up to the EURO 2012.  Tomorrow’s team: Ukraine