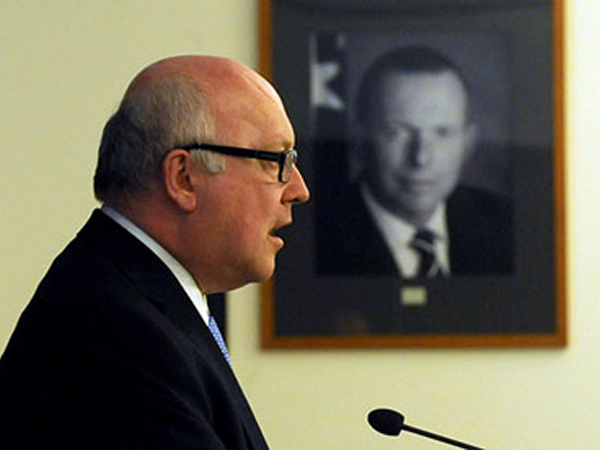 Although it is commonly thought to be otherwise, freedom of speech is not a legal right in Australia and there are restrictions upon it. The existence of the Racial Discrimination Act 1975 and similar legislation is crucial in ensuring free speech doesn’t cross the line and become hate speech.

This was the case, anyway, when the Racial Discrimination Act (RDA) was explained by Ingrid Vaughan on upstart in 2012. If the Abbott government is successful in a bid to partially repeal section 18C of the RDA, however, journalists will have fewer restrictions placed on their speech.

Whilst we may not have a legal right to free speech in Australia, freedom from being offended, insulted, humiliated or intimidated on the grounds of race, colour or national or ethnic origin is one freedom we do have. As a nation that prides itself on multiculturalism, this is especially pertinent.

In an interview with The Australian just days before the 2013 federal election, Tony Abbott reiterated that, if elected, his government would amend section 18C in its current form. He pledged that he and Attorney-General George Brandis would work together to defend free speech.

“Any suggestion you can have free speech as long as it doesn’t hurt people’s feelings is ridiculous … We’ve got to allow people to say things that are unsayable in polite company,” he said.

Abbott is focused on his subjective interpretation of the RDA. He sees the RDA as a shield for people’s feelings. Chris Berg, a researcher at the Institute for Public Affairs (IPA), has the same focus when he introduces Abbott to speak to the IPA in 2013. He shares the results of a Galaxy Poll which found that 82 per cent of Australians believed a right to freedom of speech is more important than the right to not be offended.

This misrepresents the intentions of the RDA and belittles the need for protection from vilification. As Helen Pringle rightly pointed out in her opinion piece on The Drum, the protection of one’s feelings is not the point of section 18C. Whilst the word ‘offend’ is used, it is really referring to discrimination that comes as a result of causing offence.

“The context of the RDA makes clear that the test is one of discrimination: something accomplished by acts that ‘offend, insult, humiliate or intimidate’ in a discriminatory manner,” she says.

This isn’t the first time Abbott has passed judgment on the RDA. When News Corp columnist Andrew Bolt was found to have contravened section 18C by way of two articles – ‘It’s so hip to be black’ (online as ‘White is the new black’) and ‘White Fellas in the Black’ – Abbott was quick to condemn the RDA.

Whilst Abbott did not excuse the factual errors contained in the articles, he did suggest that the RDA was hampering Bolt’s right to free speech. It is also believed that this case was the catalyst for the proposed amendments to the RDA.

With freedom of speech taking precedence over offending others, what amendments are likely to be proposed? A speech given by Tony Abbott to the IPA in August 2012 provides some indication.

During his speech, Abbott pledges that a government under his leadership would repeal section 18C of the RDA. It has been unclear exactly what this would entail but, according to Chris Berg, it is likely to involve the removal of the words ‘offend’ and ‘insult’.

The removal of ‘offend’ and ‘insult’ would leave section 18C with the words ‘humiliate’ and ‘intimidate’. Such an amendment suggests that an individual’s right to free speech takes precedence over protection from racial marginalisation.

In order to ascertain what level of racial comment would become acceptable if these amendments come to pass, Andrew Bolt’s 2009 articles can be analysed.

The complainant in the case against Bolt claimed that his articles “conveyed offensive messages about fair-skinned Aboriginal people” and by doing so contravened section 18C.

Bolt denied that the articles were reasonably likely to cause any offence and called on section 18D of the RDA to support this. Additionally, Bolt claimed that race, colour and ethnic origin were unrelated to the writing or publishing of his articles.

Section 18D provides exemptions for conduct which has been done reasonably and in good faith for specified purposes. In this case, the making of a fair comment in a newspaper would be considered exempt.

To this end, it is unlikely simply removing ‘offend’ and ‘insult’ would change the outcome of the action brought against Bolt. The act of writing the articles was still found to be done because of the race, colour or national or ethnic origin of those involved, and naming those involved would likely have caused humiliation and intimidation.

An entire repeal of the section would mean that Bolt’s false accusations would be more easily justified, subject to defamation laws. An entire repeal would not be unheard of either, with section 13 of the Canadian Human Rights Act, also known as the “hate speech provision”, being successfully repealed in 2013.

The RDA, which was passed as a statute by the Whitlam Government in 1975, has been amended in the past. It can only be suspended if approved by both the House of Representatives and the Senate.

It is expected that the Australian Labor Party and The Australian Greens would make it difficult for amendments to be passed. The Greens confirmed in September that they would oppose any attempts to change the Act.

In May 2013 Attorney-General Mark Dreyfus wrote an open letter to Abbott, suggesting a repeal of section 18C would be at odds with Australia’s support for the London Declaration on Combatting Anti-Semitism. He suggested the opposition stop being covert about the potential repeal, saying: “Be specific. Don’t just talk in three word slogans. What are you going to do?”

Whilst it is unclear exactly what amendments Abbott will make, it is apparent that repealing section 18C will give more power to journalists. Abbott argues that it is not the role of the government to govern free speech, so the onus may soon be on journalists to ensure that the line between justified free speech and racial discrimination is not crossed.

Susannah Woolley is a second year Bachelor of Journalism student. You can follow her on Twitter: @SusannahWoolley.