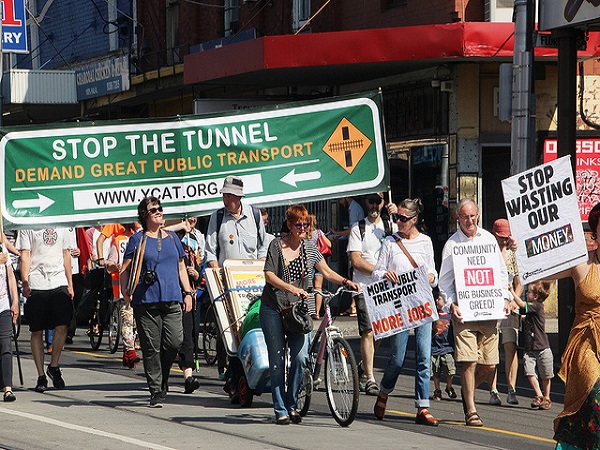 A focal point in the debate about the East-West Link, has been the necessity of such an expensive project.

The government says its utility to the state’s future is crucial, while opponents say there are other solutions to Melbourne’s transport problems.

On the 22nd August 2013, the Member for Bentleigh, Elizabeth Miller, summed up the Coalition’s view when she told the Victorian Parliament; “The East-West Link is about cutting congestion. It will slash travel times, drive growth and create jobs. It will deliver infrastructure projects that will make a real difference for Victorian people.”

The congestion Ms Miller speaks of pertains to vehicles heading from the east to the west, most notably on Alexandra Parade, one of the two exits at the end of the Eastern Freeway.

Gary Blackwood, the Member for Narracan, says, “The government’s recent traffic modelling shows that most of the traffic is actually trying to get across town, not into the CBD. On average, only about 12 per cent of traffic from the Eastern Freeway ends up in the CBD throughout the day”.

However, the Opposition says the figures just don’t back this up – not the publicly available ones, anyway.

This traffic modelling is part of the East-West Link business case being withheld from the public because it is “commercially sensitive”, so it remains unclear how accurate these, and other figures the Coalition is working off, actually are.

VicRoads own modelling shows that since 2003 traffic along Alexandra Parade – the main route the government claims needs decongesting – has in fact remained more or less unchanged. Although it does show that the amount of vehicles travelling west is higher, this difference is rather small and hardly necessitates an $8 billion tunnel.

Interestingly enough, the company hired by the government to do this modelling, Traffix Group, is not accredited by VicRoads as a legitimate traffic forecaster.

Last year, Luke Donnellan, the Member for Narree Warren North, told Parliament; “70 per cent of the vehicles hopping off the Eastern Freeway are heading into the city or southwards… and only 6 per cent head west… The greatest congestion point where the Eastern Freeway hits the city is on Hoddle Street.” 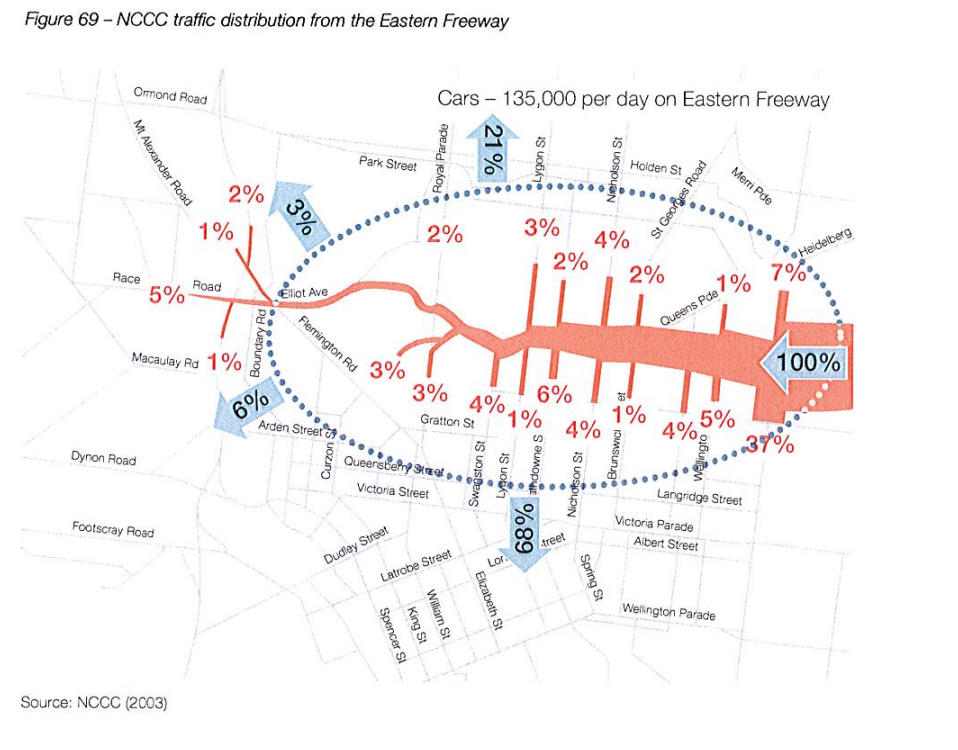 As shown here on page 130 of the report, 68 per cent of Eastern Freeway traffic spilling out of the end is heading south, with more than half using Hoddle St.

Jennifer Kanis, the Member for Melbourne, argues that even if the number were to reach 120,000, that is only 8 per cent of the vehicles registered in Melbourne .

“This project will use up billions of dollars that could be spent on public transport, schools and hospital beds but will service, at best, only 3 per cent of Victoria’s vehicles,” she says.

It is this reality that has prompted Yarra Council to create the Trains Not Toll Roads campaign, which endeavours to make the government prioritise a Doncaster rail line above toll roads. The only current public transport options that take people from the Doncaster corridor to the city are bus services, which is presumably why so many people from the East decide to drive.

Yarra Mayor, Cr Jackie Fristacky, tells upstart, “Yarra Council initiated the Trains Not Toll Roads campaign because it supports public transport solutions ahead of more roads given the superiority of public transport in terms of economic value, congestion reduction, equity of travel, and benefits to the environment”.

“Council opposes the the East West Link because it will have a negative impact on the health and wellbeing of local communities, local heritage, inner city traffic congestion and livability.”

Yarra City Council, along with Moreland City Council, has launched legal action against the state government in the Supreme Court because they “want a judge to decide if their process was legal before the State of Victoria is contractually committed to a multi-billion dollar project that will forever change [the] city”.

This is the same court case leader of the Opposition Daniel Andrews has used as justification to rip up any contracts signed by the Coalition before the election.