Connor O'Leary lays out the rules, skills and teams involved in water polo at the upcoming Rio Olympics. 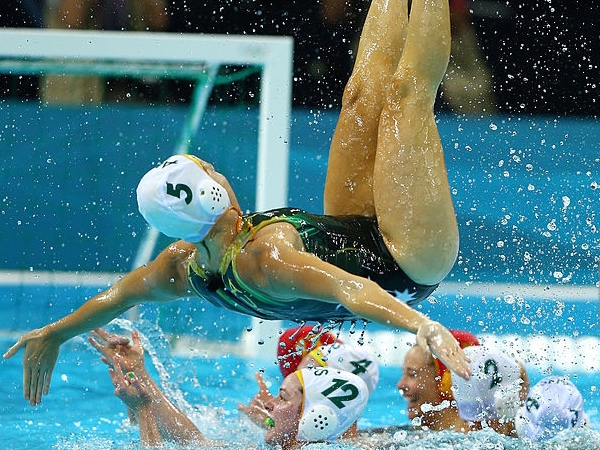 As the countdown continues towards the upcoming 2016 Olympic Games, the Australian Olympic team is ramping up its preparation.

There is less than 90 days remaining until the Opening Ceremony at Rio de Janeiro’s famous Maracanã Stadium, which will see the likes of Cameron McEvoy, Mitch Larkin and Emily Seebohm compete for gold in the pool and Anna Meares attempt to stand atop the dais for the third time in the velodrome.

In terms of team sports, the Australian men’s hockey team is out to reclaim gold after collecting bronze at the past two Olympics.

But what about Australia’s chances in the oldest Olympic team sport, water polo?

What is water polo?

The depth of the pool typically isn’t less than 1.8 metres and although the dimensions of the playing area vary between 20m by 10m and 30m by 20m, there is always a set of goals at either end of the pool.

Teams consist of seven players – six ‘fielders’ plus a goalkeeper. Additionally, each team has six substitutes ready to be used at any time throughout the game.

Simply, the aim of the game is put the ball in the back of the net with the winning team the one that scores the most goals.

It takes immense stamina to play water polo at the highest level; as players are not allowed to touch the side or the bottom of the pool, they must continuously tread water.

Players are not permitted to grab the ball with both hands, with the only methods of moving the ball by swimming with the ball in front, or to pass to another player.

Should a player attempt a shot, the goalkeeper is allowed to have two hands on the ball.

Similar to the NBA’s shot clock, water polo teams have just 30 seconds to get a shot at goal before the possession is switched back to the other team. This keeps the game free-flowing and exciting for both players and spectators.

There is a 2 metre offside zone, ensuring teams cannot camp players in front of goal and lob passes to free players for an easy score.

The game is extremely fierce and physical, with competitors thrashing around in the water at a frenetic pace to score as many goals as possible.

Players can be called for two types of fouls – ordinary and major. Should a player commit a major foul the player is sent off for 20 seconds, leaving his or her team to play five-on-six during that time.

Again like basketball, a player that commits three major fouls in one game is fouled off and unable to return to the game – although they can be replaced in the game by a substitute.

In the infamous ‘blood in the water’ game between Hungary and the USSR at the Melbourne Olympics in 1956, an astonishing five players were ordered out of the pool.

Australia has a rich history in water polo at the Olympic Games, with the men having qualified at every Olympics since 1948 barring the 1996 Atlanta Games.

Nicknamed the ‘Sharks’, the Australian men’s team is yet to win any medals at the Olympic Games. The team has managed to finish fifth overall on two separate occasions – in 1984 and 1992.

Women’s water polo debuted at the Olympics in Sydney in 2000.

Australia claimed the inaugural gold medal that year in a 4-3 thriller against the United States, and now have the second most medals in the sport. The USA are first, having medalled on four occasions.

The ‘Stingers’ lost the bronze medal match in 2004 against the US, but have since claimed bronze at the past two Olympics.

How will the Aussies fare at Rio?

The men’s squad is a rank outsider, with Serbia, Croatia and Greece the favourites.

The team has six returning players from the 2012 Olympics, with experienced campaigners Rhys Howden and Richie Campbell to lead the team into battle.

Australia’s women’s water polo team is currently the second-favourite to take out the gold medal match behind the USA.

The Aussie women expect a good showing in Rio and the likes of Gemma Beadsworth and Bronwen Knox will be keen to add to their tally of two bronze medals.