Microaggressions have become more commonly spoken about since the BLM protests but what actually are they? 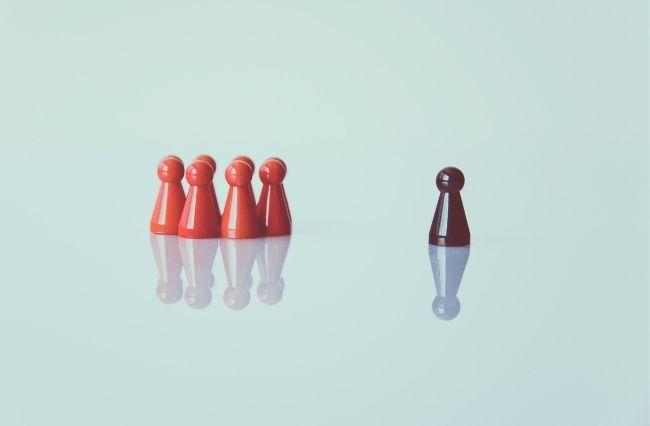 Recent BLM protests worldwide have ignited discussions surrounding the important topic of race. One of those conversations revolves around the term “microaggression”. However, there is seemingly a universal lack of understanding on what the term means and how it can affect people. Here is a breakdown of what we mean when we use the term.

What is a microaggression?

Microaggressions are everyday verbal or non-verbal slights and put-downs that people of marginalised groups experience frequently.

Dr Nasya Bahfen, lecturer at La Trobe University and AFL Multicultural Ambassador, expanded on the definition, saying there is something about you that is out of your control that is the cause of discriminatory or otherwise prejudicial treatment.

Where does the term come from?

The term was first formulated in the 1970s by Harvard University professor Chester M. Pierce. He used the word to describe the slights he had seen directed towards a person of colour. However, from 2007 the definition of the word is attributed to Dr Derald Wing Sue who has since written many books about it.

Microaggressions can take on many forms. Some common verbal examples include:

Microaggressions are not only portrayed in verbal forms, they can also be presented as actions. An example of this is believing a white person and taking their word over a person of colour who is equally or more educated on the matter.

Soaliha Iqbal, writer and podcaster, says that she regularly faces microaggressions surrounding her hijab and why she chooses to wear one.

“People make assumptions on who I am, who I can interact with, what my abilities and social responsibilities are based of my hijab,” Iqbal told upstart.

Achol Arok, a POC university student, often feels she is subjected to microaggressions when she has to work with new people on an assignment.

“They will say something like ‘wow you’re actually really smart.’ I like to give people the benefit of the doubt but in this context, it does seem racially motivated. But to them they don’t think about the implications and how we could interpret them,” Arok told upstart.

What are the impacts of microaggressions?

While being supposedly small and unintended, microaggressions can have psychological impacts on the people it is directed towards.

Arok says that microaggressions have the potential to have long term effects on people’s self-esteem, as whether it is subconscious or not, it feeds into your insecurities.

“These comments play in the back of people’s minds and I personally have suffered imposter syndrome because of it towards my degree and future employment,” she said.

As they are directed towards minority groups, it can often feel like spaces are being made hostile towards ‘us’, Iqbal says.

“It can feel like a constant reinforcement of our lower place in society. It can feel dehumanising and can really destroy the confidence of a person and affect the way we perform at our jobs,” she said.

What makes a microaggression different from more overt mistreatment?

The difference is that with a microaggression people can be completely unaware of how offensive their actions or comments are. If someone is being rude it is much easier to spot because the intention is very clear.

Bahfen says that the person committing the microaggression doesn’t believe that their intentions are negative but nevertheless subjecting someone to it can be quite patronising.

“It is cloaked in this supposedly noble concept of treating everyone fairly,” she said.

Iqbal says it’s hard to respond to them and be angry about when compared to blatant acts because the subtlety of them makes it easier for people to escape blame.

“They often hide behind a veil of politeness or ignorance. It does feel like we don’t have the freedom to respond to microaggressions the way we do other bad behaviour,” she said.

How can people avoid this behaviour?

Bahfen points out that the issue is that the people who commit these microaggressions will argue that they are doing the right thing.

“The problem is that they are not questioning their power and privilege in the situation. They think their intentions are pure,” she said.

Arok explained that microaggressions can be avoided if people were more open to educating themselves on topics of diversity and ethnicity.

“They should think about the implications they are making from their questions and about how they would feel if they were constantly alienated in their country,” she said.

Iqbal’s personal approach entails calling it out when she sees it happening.

“It’s a lot easier for someone else to call it out and stand by the person subject to it because it legitimises the issue,” she said.

Dr Sue suggests five tips which people can do to avoid microaggressions including: being constantly vigilant of your own bias, seeking interactions with people different from you, try not to be defensive, being open to discussions about your biases and attitudes and finally being an ally.

You can view the video HERE.

Article: Sruti is in her final year of her Journalism degree at @latrobe. You can follow her on Twitter @srutii19.

Photo: brown game piece on white surface by Markus Spiske available HERE and used under a Creative Commons Attribution. The image has not been modified.