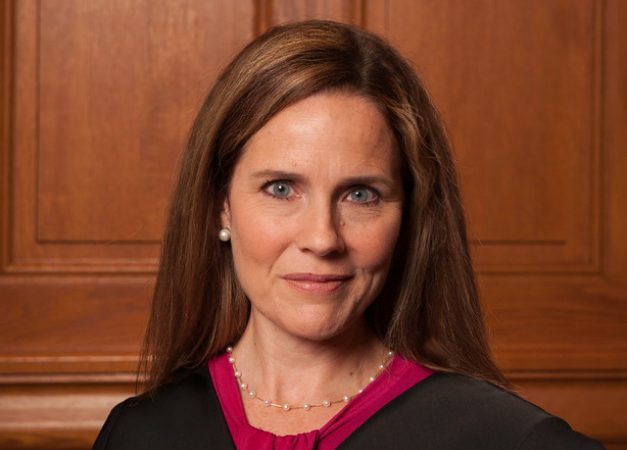 Trump’s willingness to rush the induction process has left many to question his motives, but who exactly is the latest associate justice of the Supreme Court nominee?

Barrett is a 48-year-old devout Catholic and a professor at Notre Dame Law School in Indiana, who was appointed by Trump to the US Court of Appeals for the Seventh Circuit in 2017.

Many people wanted her to take Anthony Kennedy’s position, and due to her proud embrace of the Catholic religion, she holds the power and faith to overturn Roe v. Wade as her writing suggests.

Her association with the People of Praise came to light when her nomination was announced, as the group as shadowy and mysterious.

Members of the group were assigned same-gender advisers who acted as life coaches and guided towards important life choices. The group of people was highlighted further in Margaret Atwood’s novel The Handmaid’s Tale.

In 2016 Judge Barrett expressed that while the right to an abortion under Roe v. Wade was unlikely to change in the future, it could come down to how states restrict access.

“I think the question of whether people can get very late-term abortions, you know, how many restrictions can be put on clinics, I think that would change,” she said, during a talk at Jacksonville University.

In 2013 she spoke of the future for abortion laws.

“The fundamental element, that the woman has a right to choose abortion, will probably stand,” she said.

“The controversy right now is about funding. It’s a question of whether abortions will be publicly or privately funded.”

Although recently in 2019, Judge Barrett joined a majority opinion in Price v. City of Chicago which prevented “sidewalk counselors” from approaching women entering an abortion clinic.

Amy Coney Barrett’s conservative and religious beliefs might be a conflict of interest with other leftists and the pro-abortion law recently established.

However, once a justice is confirmed to a lifetime appointment on the nation’s highest court, his or her voting behavior is impossible to guarantee.

Photo: Amy Coney Barrett by Rachel Malehorn available HERE and used under a Creative Commons Attribution. The image has not been modified.