This comes after technology company Apple was denied the right to reconstruct an existing building in the square. 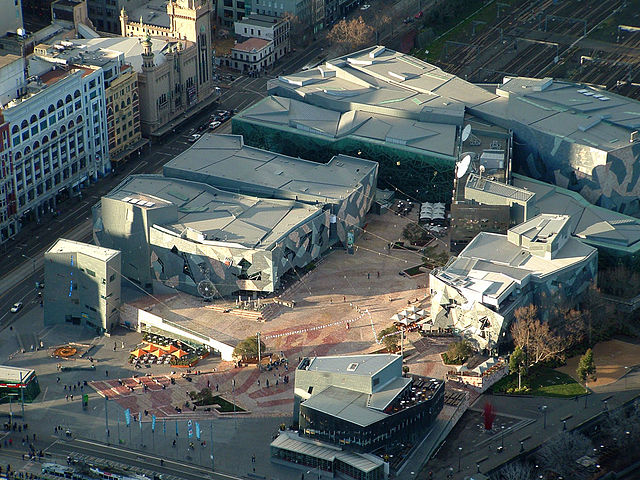 The 17-year-old public space was the result of an international design competition held by the Victorian Government.

The HCV believed the unique buildings were one of many reasons why Federation Square deserved the listing.

“Federation Square is of cultural heritage significance to the State of Victoria and should be included in the register for its historical, aesthetic, technological and social significance,” the council said.

With over 10 million visitors each year, the square provides a place for mass gatherings and events.

“This is supplemented by its popularity as a place for people to gather informally and to engage with a range of cultural institutions and activities,” the council said.

“It continues to be an important place for the people of Victoria.”

Federation Square was nominated earlier in the year after technology company Apple and the Victorian Government held talks to replace an existing building in the square with a new store.

Apple’s plans were initially accepted by the government but the HCV rejected the proposal.

According to the HCV, 751 made public submissions supporting the idea of the square becoming heritage listed.

The heritage listing won’t stop all future developments at Federation Square but the process will be stricter.

Developers will have to have all of their work approved by the HCV.

Photo: Fed Square August 2007 by AussieNickuss available HERE and used under a Creative Commons Attribution. The image has not been modified.