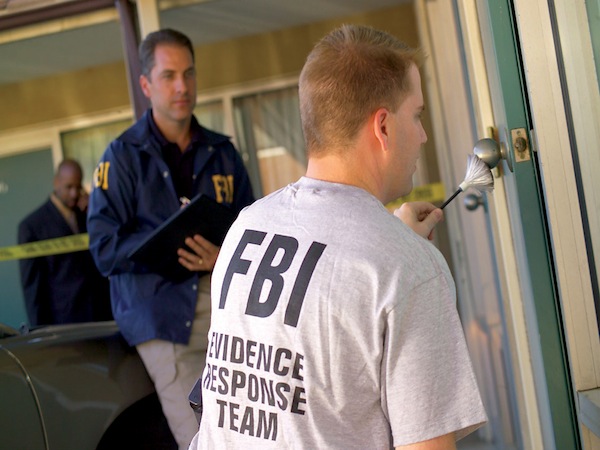 Ron Williamson was just five days away from being killed for a crime he did not commit.

Williamson was wrongfully incarcerated for 11 years, convicted for the rape and murder of a young waitress. Hair found at the crime scene and sperm taken from inside the victim were both erroneously established to be a match for Williamson’s, who was sent to death row. Ironically, it was this same forensic evidence that was eventually used to clear his name.

The story has all the makings of a John Grisham book. In stories, forensic science is fail-safe. In reality, countless cases have been adversely affected by human error and the unreliability of forensic evidence.

It is impossible to know how many innocent people have suffered the death penalty, but we know more than 130 Americans have been released from death row in the last 40 years.

Despite the issue being far more serious in the United States, Forensic Criminologist Dr Claire Ferguson says faulty forensics have also been a factor in several miscarriages of justice in Australia’s recent history.

As anecdotes of injustice show, forensic evidence is wracked with uncertainty. The problem stems from a number of causes, including evidence that has been contaminated, misinterpreted, or tampered with.

The science itself is not usually the problem, rather, it’s the way the science is applied. The fact remains that to err is human, and the criminal justice system is not immune to human error. No matter how carefully a piece of evidence is analysed or how many people scrutinise it, incorrect conclusions can still be reached.

In 2004, American attorney Brandon Mayfield was arrested as a material witness over allegations that he was involved in the deadly Madrid bombings.

A partial fingerprint found on a bag of detonators was declared a match for Mayfield, who was detained despite his assertion that he had not left the continent in over 10 years.

As it turned out, the experts who examined the evidence had overlooked obvious variations between the prints, which were conclusively found not to belong to Mayfield.

A panel of fingerprint experts contested that the subsequent examiners’ testimonies were tainted by the first examiner’s conclusion in an instance of circular reasoning.

Once held as a reliable source of evidence, the validity of fingerprints is now under scrutiny.

The scientific basis is limited for the age-old claim that no two fingerprints are identical. Scientists hold on to the antiquated theory purely because they haven’t yet found proof to the contrary.

The widespread belief that forensic evidence is infallible is perpetuated by the CSI effect. Frequent cries of, “it’s a match” fail to acknowledge that the science is riddled with uncertainty.

Rather than finding a “match,” fingerprint analysis endeavours to find points of similarities that suggest a high likelihood that two fingerprints come from the same person. It is never 100 per cent accurate and is always open to interpretation.

In contrast to the convoluted process of fingerprint analysis, DNA profiling is still recognised as a scientifically sound process. However, it is not immune to the deficiencies that infiltrate other forms of evidence.

Earlier this year, over 800 rape cases were reviewed for mishandled DNA evidence. The New York City medical examiner’s office was prompted to investigate the cases following signs that a technician was not following correct protocols.

The technician misplaced, mishandled and misinterpreted evidence, resulting in incorrect reports being processed. The investigation identified 26 cases where the technician failed to identify present evidence, including one piece of evidence that led to the indictment of an offender.

“The thing we have to understand is that the evidence is still open to interpretation by a human and anytime humans are involved there is a potential for error,” says Ferguson.

The fact that the medical examiners were ready and willing to review such a high density of cases suggests a positive step forward.

“Our adversary system works on a notion of erring on the side of caution. It is better to acquit 100 people who are actually guilty than to send one innocent person to jail,” says Ferguson.

Despite the inevitability of human error, forensic evidence will not be irreparably marred, provided we diligently monitor the handling of evidence from start to finish.

Mission impossible? Perhaps, but people like Ron Williamson and Brandon Mayfield will thank us later.