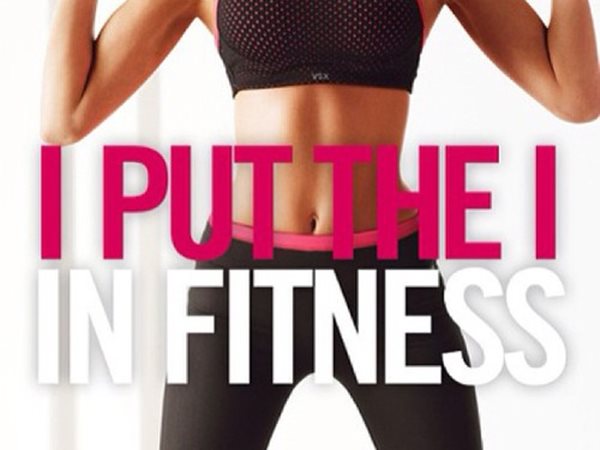 Recently, the notorious ‘thinspiration’ hashtag was banned from Instagram because of its encouragement of pro-anorexia obsessions.

‘Fitspiration’ involves images or quotes that aim to motivate people to adapt to a healthy lifestyle. With almost two million tagged photos on Instagram, this popular hashtag is now recognised by almost all social media consumers.

Unfortunately, what none of these body image hashtags takes into consideration is the positive or negative influence they have on the individual.

Even something that has the best intentions can do more harm than good.

Search the tag, ‘fitspiration’ on Tumblr, Instagram or Twitter and you will be greeted by numerous images of a female’s abdominal area and motivational quotes like:

“Sore: The most satisfying pain”

‘Fitspiration’ is meant to drive individuals to exercise more and eat healthier but it can also be detrimental to mental health by damaging self-esteem.

21-year-old student, Kathryn Keane, mentions that she feels as though ‘fitspiration’ is an unavoidable obsession that is being forced upon society.

“They make me feel like a particular lifestyle is being pushed on me,” she explains.

“I don’t have the time or money to live at the gym and I’m not impressed by the photos of your very unappetising-looking ‘healthy’ food.”

Keane also mentions individuals who adopt this particular lifestyle often feel they are more superior to people who don’t spend endless hours per day at the gym.

“I don’t care to see updates about your personal training and what you’re eating all over my news feed. Especially when people think that this lifestyle alone makes them a good person,” Keane says. 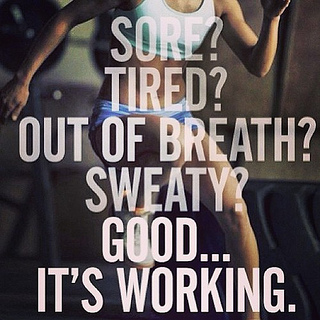 Likewise, an article in Skinny Mom mentions that it’s natural to compare ourselves when we see images of fit individuals. Whether it is motivating in a positive way – or in a potentially harmful way – is another question.

It’s only natural, after seeing these types of images, that some people feel motivated and others are left feeling self-conscious and inadequate.

However, an advocate for the lifestyle who runs a health food blog, claims that her site is nothing but beneficial to individuals, as she aims to promote healthy lifestyle, rather than endorse an unhealthy obsession.

“If my posts are discouraging, it’s certainly not intentional,” she says.

Accordingly, the blogger acknowledges that people may interpret her website in a negative way even though she did not intend them to.

“People are self-preserving creatures. When confronted with information that challenges their long-held beliefs and behaviours, they become defensive because it’s making them question their own perceived values as being intelligent or healthy,” she says.

“Which I suppose could negatively affect someone’s mental health. Communicating positive health messages is hard because of this defensiveness.”

Although it’s been recognised that some people construe these types of blogs in an unhealthy manner, 22-year-old fitness blogger, Danila Marini, says that she avoids posting images or text that might be disheartening.

“I don’t think the posts I have on my blog are discouraging. I try my best to only post things that are motivating and promote body love,” she says.

“I also try to avoid posts of women that are overly skinny as they can often be unrealistic depictions.”

Additionally, Marini mentions that there’s a fine line between ‘thinspiration and ‘fitspiration’ and people get confused between promoting skinniness and promoting fitness.

“I don’t want to encourage anyone to aim to be skinny. I want a message of love yourself and one way to do that is to take care of your body,” Marini says.

“I think that some of the tags can be detrimental.  Especially when you have overly skinny women in a ‘fitness’ tag or when you see extremely small food portions. I think it sends the wrong message. It’s not really promoting good health,” she added.

Though ‘fitspiration’ has been labelled as ‘pro-anorexia layered in muscle’, fitness bloggers believe they aim to achieve nothing more than promoting healthy living.

With this in mind, take a watchful approach to exercise and healthy eating – and don’t let your sense of self be influenced by a hashtag.

Erin Lyons is a third year Bachelor of Journalism (Sport) student and a staff writer for upstart. You can Follow her on Twitter, @erinmaylyons.