These new measures are in place as of midnight tonight, if you fail to comply, you will be penalised. 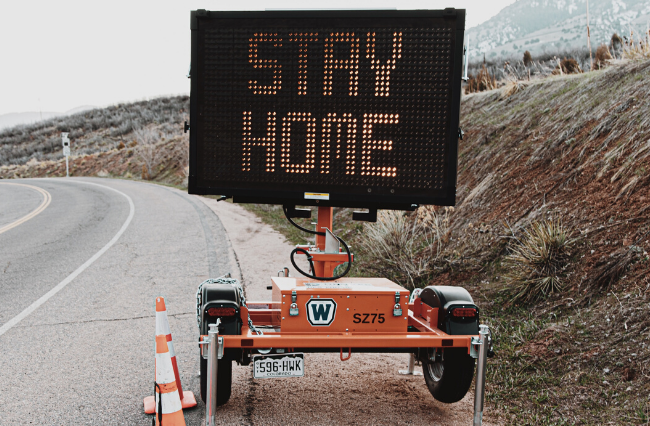 Victorian Premier Daniel Andrews has addressed the state again today to  introducing new critical measures in response to COVID-19. He reminded the public yet again that if Victorian’s do not comply, more people will die.

Victoria is officially in stage three lockdown as of midnight tonight says Victorian Premier Daniel Andrews in the press conference this morning.

“I’ve got a very simple message today, stay at home,” he said.

Andrews announced the following measures that will come into place as Victoria saw 56 new COVID-19 cases overnight bringing the State’s tally to 821.

“We can not have people out, socialising, gathering, as if this wasn’t happening.”

“If you don’t need to be outside, you shouldn’t be.”

2. There are only four reasons Victorians are allowed to leave their homes:

Andrews today announced that there are only four reasons that Victorians should leave their houses for, to receive medical care, to go to work, to get the groceries you need, and to get your daily exercise.

“If everyone follows these rules, and they are as simple as they can get, then we can slow the spread of the virus.”

Andrews stated that these rules are the matter of life and death.

“If we allow our health system to be overrun, then people will die.”

Andrews revealed this morning that four Victorians are in intensive care with a following 25 in hospital.

3. There are further social distancing restrictions

Gatherings of less than two people are allowed, but gatherings past two people, if they are not living with you, will become illegal tonight.

“It involves a ban with an on-the-spot fine of up to $1600 if you breach it on gatherings with more than two people, other than those in your household,” Andrews said.

These restrictions also include fines of up to $9913 for businesses who do not comply.

4. Private and Public hospitals are to work together

The state government today announced that both private and public hospitals will work as one during the COVID-19 crisis.

Andrews said today the hospitals will work as one system to provide the best care.

The agreement also sees that the state will help to keep private hospitals running and to ensure that the hospitals have the capacity necessary to help give patients the care they need.

5. There’s some good news for renters

Andrews revealed that the federal government is talking to the banks regarding rent and landlords. In Victoria, laws preventing evictions will soon be enforceable.

“No one who is a commercial landlord, or a residential landlord should be evicting anyone,” Andrews said.

“It is simply the wrong thing to do.”

Victoria has seen four deaths in the last week due to the COVID-19 outbreak bringing the national death count to 17.

Photo by Logan Weaver on Unsplash