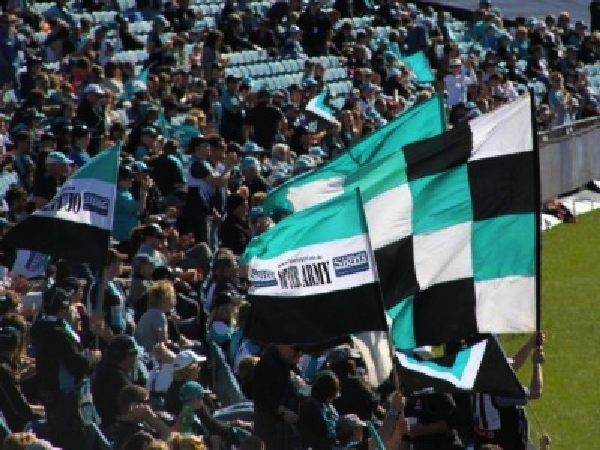 Port Adelaide must be wondering where it all went wrong.

Atop the ladder after round 14, the young Power had accounted for fellow premiership contenders Geelong, Hawthorn and Fremantle and seemed destined for, at the very least, a grand final appearance.

Even off the field, everything was falling into place. Club membership had increased by a quarter to rocket through 55,000 on the back of the move to Adelaide Oval and average home attendances were double those seen in 2012. 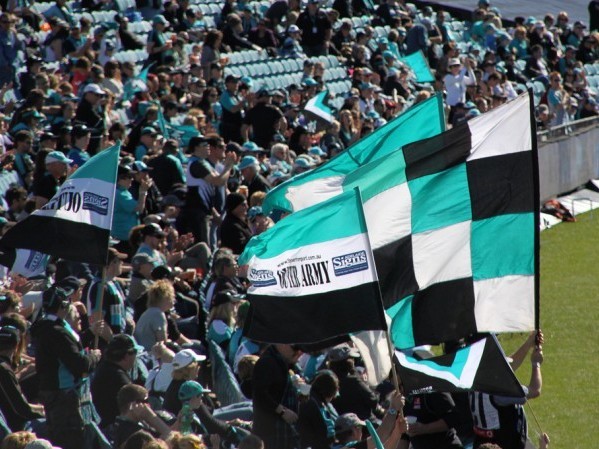 Fast-forward six weeks and the Power’s high possession, high tempo style has unravelled spectacularly, resulting in a fall to to fifth with just three weeks remaining.

Before round 14, when the only two blemishes on the Power’s record were narrow losses to Sydney and North Melbourne, since then, the team from Alberton has registered a seemingly endless series of awful performances. Port’s recent form slump has been so dire that last week’s 26 point loss to Sydney was the first sign of optimism for almost two months.

Sure, Port Adelaide is a young team and only two years ago finished closer to the wooden spoon than the eight. But time-and-again in the first half of the season, the team has proved capable of producing great football on a consistent basis. Indeed, Ken Hinkley’s game plan was touted adept enough to possibly produce a premiership. However, the choice not to adjust that game plan has made Port Adelaide, and Ken Hinkley, look foolish.

Ken Hinkley said today: “I know Richmond are up for the challenge.” Best poker face in the business. pic.twitter.com/Am2hEtBMXq

Premiership captain Warren Tredrea was critical of his former side’s reluctance to dismiss their regular handpass-heavy style, saying they should “dumb down its game style” in wet conditions, like those last Saturday night.

“The more times you handle the ball the more it gives the opposition the chance to turn it over,” Tredrea said.

“I was told when I was young that when it rains most tactics go out the door…the players shot themselves in the foot by playing dumb football.”

Tredrea also noted Sydney’s change at half-time to a kick-and-run game plan, providing a defining moment in the match.

“It took a half-time reality check to realise they [Sydney] were over finessing and from then on they kept it simple and just threw the ball on the boot,” he said.

@PAFC why is handball inside the f50 always the first option? Can’t score a goal with handball last time I checked. — Deano (@Deanos_DT) August 9, 2014

Hinkley: we overused the handball, no doubt about it #pafclive — Port Adelaide FC (@PAFC) August 3, 2014

Worryingly for Port fans, playing a dry style in wet conditions was not isolated exclusively to Saturday night’s game. In their consecutive losses in the wet to Adelaide and Essendon in rounds 15 and 16, either Ken Hinkley continued to instruct his men to dispose as normal or his young players stuck to old habits.

The statistics told the story, with kick-to-handball ratios remaining significantly lower than the opposition despite the lack of grip on the ball. Only Gold Coast Suns have made more handling errors this season.

Worse still, when the ball was eventually kicked and a mark taken in the forward line, the Power forwards rarely took their chances – taking 17 marks inside-50 in the two games for four goals. Those numbers remained dreadful against Sydney where ten marks inside-50 resulted in three goals.

Overall, Port Adelaide’s scoring accuracy dropped from 56 per cent up to around 14-42 per cent in the past six matches. Were Ken Hinkley and fitness coach Darren Burgess overzealous with their extensive and demanding training schedule? Port won 21 of 28 third and fourth quarters up to round 14 – taking out just 4 since.

Burgess this week defended the heavy load, but combined with a high intensity game plan it may have caught up with Port Adelaide’s young team. Though many players are coming into the prime of their career, with many passing the 100-game mark this season, the Power have fielded nine to 11 players still shy of 50 games.

Ken Hinkley says we’re not up to matching it with the best currently…but we’re not too far off: http://t.co/uNCfpiQbNz #weareportadelaide — Port Adelaide FC (@PAFC) August 10, 2014

Has Port Adelaide’s equals been those teams 5th to 9th all along? Is Port Adelaide the kid who races to the front of the 1500m only to run out of breath on the final lap?

There is no doubt the Power will feature in the top rungs of the ladder in seasons to follow. Extra pre-seasons will ensure its lightning speed can be maintained throughout a season, but whether it can contend for even a preliminary final this year remains unknown.

Three difficult matches remain for Port Adelaide to rebuild their deteriorating season. The round 23 match at Fremantle looms as a ‘play-off for fourth place’. But only comfortable wins in the preceding contests against middle-of-the-table Gold Coast and Carlton will tell the Power whether the top-four is where they belong.

While wet winter weather will be less likely as every week passes, Port fans will be anxiously hoping game-day forecasts make no reference to rain.

The time to play “dumb” football has long passed. If Port Adelaide wants to be a serious premiership chance this season, adapting to its game to all conditions and to its tiring list is a must.