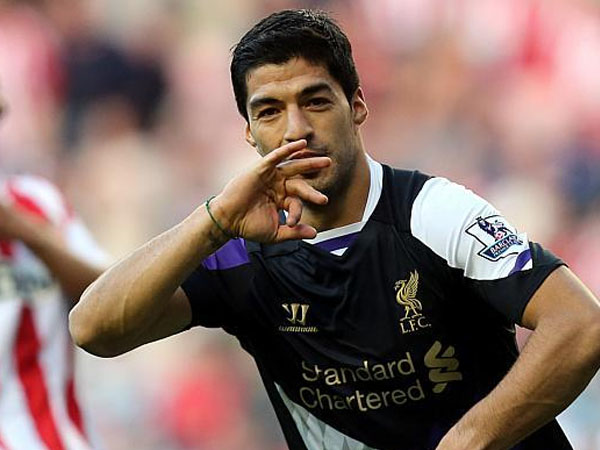 United’s poor start and the apparent misuse of Shinji Kagawa

The most alarming stat of all is that they are yet to score a goal in open play since the opening day of the season, which seems like a lifetime ago. Only David Moyes knows the reason why Kagawa is being left on the bench as the pressure mounts on the squad.

It seems the young shot-stopper was correct, Atleti won a league match at the home of their fiercest rivals for the first time in 14 years, thanks to an in-form Diego Costa. The fans would then rightly party like it’s 1999. Tip of the cap to Courtois, who took bravery to a new level and then backed up the trash-talk with a win behind enemy lines.

Robert Lewandowski has confirmed one of the worst kept secrets in world football, claiming he will sign a pre-contract agreement with Bayern Munich in January with a view to join at the end of the season as he will re-unite with former Dortmund playmaker, Mario Gotze.

This didn’t appear to phase the squad, as they ran out 5-0 winners against Freiburg, with Lewandowski and Marco Reus helping themselves to two goals each. It will be interesting to see how Jurgen Klopp uses the Polish international as the season goes on and the impending sale of his star man gets ever closer.

Luis Suarez has returned from his 10 game ban and reminded everyone how good he can be in the process. The Uruguayan scored a brace and linked up extremely well with Daniel Sturridge as the Reds triumphed 3-1 against a spirited Sunderland side. This coming after a midweek 1-0 loss to Manchester United in the Carling Cup and Southampton last week.

The Black Cats have named Kevin Ball as caretaker manager after the club parted ways with fiery Italian, Paolo Di Canio. In the pre-match interview Ball said: “I want them to go out and do the best they can for themselves and the club.”

He took a far more relaxed tone than the previous manager, which looked to relax the playing group and allow them to perform closer to their full potential. Sunderland will hope that they too, can get their season back on track.

Montella’s men fall in Milan as Gervinho is born again

In the game of the week in the Serie A, Fiorentina’s title charge came to a halt as they gave up a 1-0 lead to Inter Milan, to lose the game 2-1 at the Giuseppe Meazza. After the departure of their two best players, Adem Llajic and Stefan Jovetic, it’s a credit to the club that they find themselves in the top 5 when many tipped them to falter with a new-look squad.

Meanwhile, Roma fans were treated a sublime display by former Arsenal man, Gervinho. The Ivorian has now scored three goals in his past two matches and left the field to a standing ovation in the 5-0 romp against strugglers Bologna. Roma are on maximum points from six games, with the league title firmly in sight.

Chris Hearn is a first-year student in the Bachelor of Journalism (Sport) at La Trobe University. You can follow him on Twitter: @ChrisHearn08