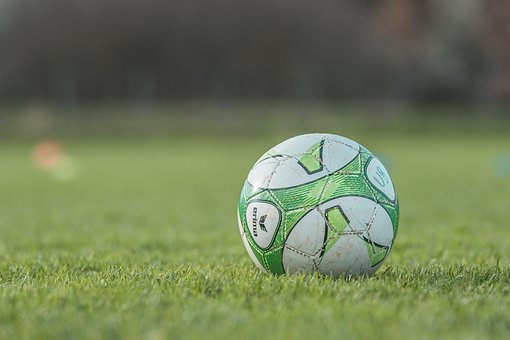 But the Melbourne leg of the football conglomerate, Melbourne City FC, (MCFC) is making a significant difference to the lives of hundreds of young migrants and foreigners experiencing difficulties with adjusting to Australian culture.

The ‘I Speak Football’ program uses the universal language of football to bring children together for informal games and activities to tackle issues commonly associated with social inclusion such as racism, isolation and discrimination. The program is free for the participants and is funded via the City Football Group’s ‘Cityzens Giving’ campaign, which distributes financial resources between their clubs in order to extend the influence of football beyond the pitch.

More than just improving their ball skills, the program teaches discipline, manners and patience, all essential elements of personal growth.

Sue Crow, General Manager of MCFC’s community projects, told upstart that Melbourne’s diverse population was a key factor in the creation of this concept.

“I decided we’d tackle social inclusion. I think in Melbourne, with such a broad multicultural community, that that would be best for us,” said Crow.

“The games are around teamwork and respect, including people, so it’s got a different look and feel to your normal football program.”

The 2016 Australian Census identified that 49 percent of Victorians were either born overseas, or have at least one parent that was.

Someone who falls into that category is Albert Mambo, a Young Leader of the program. A co-creator of the concept, Mambo came to Australia as a teenager in 2011 from Uganda and found socialising and integrating to Australian culture quite difficult.

“Getting acceptance in Australia is pretty hard,” said Mambo.

“Things like racism and discrimination and all that, that’s pretty hard. Also judging a book by its cover, that’s a big thing.

“People see you [and say] ‘oh you’re black, you come from this country, you can’t speak English, you can’t do this,’… they assume they know everything about you.”

It was football that eventually helped Mambo to find his place in the community.

“When I first arrived in Australia it was very hard to make friends. But it became easier to make friends after I joined some local football clubs where, through playing soccer, it was way easier for me to make friends. We were passionate about the same thing and we were speaking the same language, of football.”

Crow says that Mambo is a fantastic resource to the program.

“His passion and his energy is so good. The kids love him, he’s just a lot of fun, he’s always happy and he connects very well.”

“Just by virtue of coming from Uganda, he understands what it’s like to be new in a country and the things that they’re experiencing.”

Now into the program’s fourth year, MCFC have established six locations for the program across Melbourne’s more ethnically diverse suburbs, including at their facility in Bundoora, Heidelberg, Fitzroy, Flemington and Tarneit. Crow says that the Tarneit location was established in conjunction with the Victorian Police, who identified the area as somewhere that the program would be significantly beneficial.

“I went to the police and said ‘is there anything that we can do?’, because football is the game that’s loved by the multicultural community. By talking and telling them about things that we were doing, they were very keen to work with us. We’ll incorporate some messages from the police and we’ll get members of the police to come along and play.”

With supposed ethnic crime gangs being a hot-button topic as of late, the police saw the program as an opportunity to break down barriers between themselves and the community.

“It’s a matter of the police presenting a different face to the work that they normally do, and building that trust,” said Crow.

“Traditionally, sports at these awards are very much mainstream, and this was really sport for development and not about building a great big club or building membership. It’s about getting children active and having different outcomes to normal sport. So I was really pleased to be recognised in that forum.”

Participants of the program were surveyed by MCFC, with the results displaying clear and meaningful progress. 87 percent made new friends, 96 percent reported increased interaction with diverse cultural communities and 100 percent enjoyed participating in the program.

But it’s the intangibles that provide the biggest reward for the organisers. Mambo is particularly proud of being able to say that he has made a difference to the lives of these kids.

“If we put our heads together to come up with this sort of initiative, that means we can actually change a lot of things.”

The enthusiasm of young people is the biggest reward for Crow.

“It’s the smiles on the kids’ faces and to see them running across the pitch to see Albert, it’s really good.”

It’s a concept that even City’s players are beginning to get involved with, which provides another thrill for the children.

“We’ve got two or three players that love to come down, live close by and quite enjoy coming, and often come by in their own time,” Crow told upstart.

“Osama Malik is very good, Nick Fitzgerald and Luke Brattan, they’re quite good. The female players are quite good too. They’re very supportive of it and they were quite pleased when we won the award.”

Football is often referred to as the beautiful game, and with initiatives like these, it’s hard to argue that point.

Marcus Uhe is a Media and Communications student at La Trobe university and a senior staff writer for upstart. You can follow him on Twitter at @_marcusuhe_