Footy 7s offers an exciting chance to play the great Australian game we all love to watch, writes Luke Karlik. 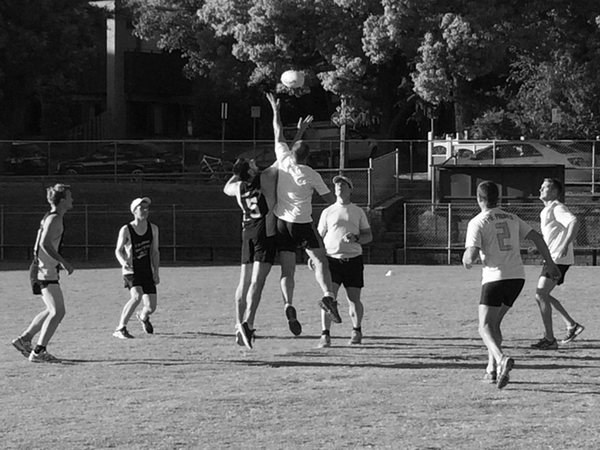 AFL is a sport many Victorians love to watch yet relatively few play, beyond the occasional kick in the driveway.

The AFL’s 2015 Annual Report claims the Melbourne Cricket Ground attracted close to 1.75 million spectators during the 2015 season – a figure that dwarfs the 380,000 active participants in domestic programs or competitions around the state.

A multitude of factors influence why more people observe from the boundary rather than pursue the sport themselves, but a new avenue has emerged for those who are keen to pull on a guernsey themselves.

Social Sport is about to launch Footy 7s – a new social version of the Australian game starting with eight men’s and mixed gender competitions across Melbourne.

Two seasons will operate each year: one between October and early February followed immediately by a summer edition ending in March.

Social Sport Operations Director Andrew Paine says the main purpose of Footy 7s is to provide an alternative for people who cannot or are unwilling to play Australian rules in its traditional format.

“We saw there was a market for people who wanted to be involved. Unlike some other sports, footy’s not something that everyone can get involved in, with it being as physical as it is,” he tells upstart.

“Club-based sport isn’t for everyone and plenty of people are busy and whatnot. Playing in this sort of form makes sense for a lot of people.”

Teams play one match per round at a regular venue on the same night each week, making Footy 7s a time-friendly solution for individuals looking to squeeze some exercise into their schedule. 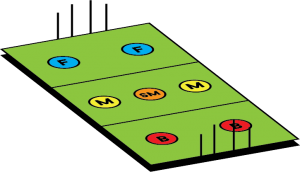 The field of play is approximately 80 metres by 40 metres and divided into three zones: forward, midfield and defence.

Each seven-person team consists of two forwards, three midfielders (one of whom can score) and two defenders.

This condensed version of the great Australian game is strictly non-contact, with the tackling, bumping and spoiling prohibited in favour of a greater emphasis on skill, teamwork and communication.

The ball must be disposed of via a legitimate kick or handpass within each zone to create a scoring opportunity. If a pass travels over two zones, the defending side receives a free kick.

Rather than being wrapped up in the clutches of their sweaty opponent, a player is dispossessed when caught ‘holding the ball’ as per the ‘two-handed touch’ method.

A turnover also occurs if the ball goes out of bounds or touches the ground due to an inaccurate disposal or dropped mark.

The scoring system is almost identical to its AFL counterpart, but only the two forwards and scoring midfielder are allowed to kick for goal after marking the ball, receiving a handpass or being awarded a free kick.

A major scored by an eligible female player is counted as a nine-point super goal. 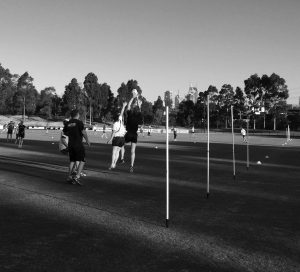 Mixed teams must have a minimum of three females on the field at all times, or two in the case of a side having six players or less.

Matches are played over two 16-minute halves with a one-minute break at half-time, and there are no limits in relation to the number of players or rotations allowed on the interchange bench.

“With running social sports competitions for the best part of a decade, we have a good grip on what we think works at a social level as far as making the game enjoyable, but also safe and inclusive,” Paine says.

“We sort of knew what would work best – but it hasn’t started yet, so it’s hard to say whether there will be any tinkering.

“The AFL change their rules every year, so there’s a chance we might too!”

Preformed teams and individuals seeking teammates can register their interest in upcoming seasons through the Social Sport website.

is a third year Bachelor of Journalism (Sport) student at La Trobe University. Follow him on Twitter: @lukemkarlik.