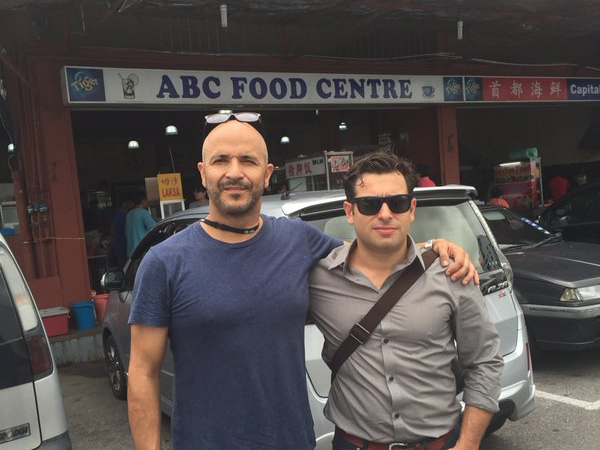 After being detained by police in Malaysia last Saturday, the two members of the Four Corners news team have had charges against them dropped.

Speaking to upstart live from Singapore, Eroglu remains adamant that he and his colleague had done nothing wrong.

The pair had been in the country to question Prime Minister Razak regarding a corruption scandal.

“No. Linton did not cross the security line,” Eroglu said.

“If anything there wasn’t a security line. When we arrived we weren’t told of any so-called security line … we were just doing what we would normally do in any similar situation.”

The pair were arrested under Article 186 of the Malaysian penal code – obstructing a public official during their duties.

The offence carries a maximum penalty of AUD$3000 and a two-year jail sentence.

However, Eroglu explains that the pair’s run-in with Prime Minister Razak was overblown.

“We made no contact physically with the prime minister. The local authorities did that for him (Razak),” Eroglu said. “(the police officer) asked Linton ‘who are you? What are you? I don’t know who you are.’”

“We just followed the other media,” he says.

Eroglu and Besser were allowed to travel back to their hotel following the incident, but not before police took photographs of their passports and equipment.

It was on their journey back to the hotel that police arrested the pair.

“As we drove, we were pulled over by the police and then re-detained. I knew that the passports being held meant that at minimum we probably wouldn’t be able to leave the island,” Eroglu said.

“We … were used as an example and to send a message to other media outlets, and to local media too.”

With their translator posting bail, Eroglu and Besser returned to their hotel and found out the following night that the charges would be laid.

However, at 1am, the pair’s lawyer Albert Tang gave them the good news that the authorities had changed their mind and charges would be dropped.

Despite the ordeal, Eroglu says that he never felt in any danger.

“My biggest fear was that my daughter’s birthday is on the 27th of April. If heaven forbid we did get locked up I was going to miss Sofia’s birthday … that was upsetting.”

Connor O’Leary is a third-year sport journalism student at La Trobe University. You can follow him on Twitter @connoroleary_