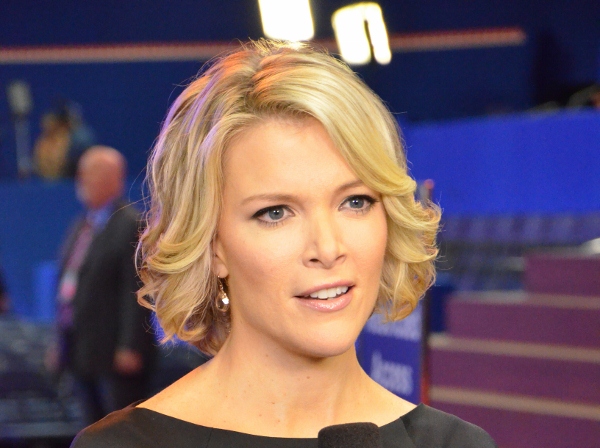 Don’t tell anyone, but I watch Fox News.

Admittedly, a bottle of single-malt and a healthy serving of self-loathing usually accompany it, but watch it I do.

For the most part, justification can be found in “knowing thy enemy”. The overtly conservative narrative pushed by Rupert’s network, is one that doesn’t align with my own.

Apart from a sustained affinity for Bill O’Reilly, the majority of diatribes are easily dismissed with a chuckle and a “these people…” shake of the head, before switching the station.

However, in the past few days, something unimaginable happened.

I found myself ignoring the booze, and instead supporting the statements made by one of Fox’s highest profile celebrities.

Megyn Kelly, Fox’s predominant blonde bombshell, took to task a pair of guests for a series of incredibly out-dated comments – hideously out-of-place to the point where they were actually laughable.

Before going any further, a quick recap:

Erick Erickson – no really, that’s his name – claimed kids of working mums don’t fare as well as those with stay-at-home mothers. Not long after, the grumpy grandpa caricature Lou Dobbs lamented the damage done to society by increased divorce rates and the increase of single-person households.

Erickson – when on Dobbs’ program earlier in the week – claimed it is “anti-science” to not believe that men are supposed to play the dominant role in the household.

Once her disbelief subsided, Kelly explained to Erickson and Dobbs around half a century ago in the Land of the Free, children of interracial marriages were scientifically considered subpar.

“They said it was science, and it was fact,” she explained. “If you were the child of a black father and a white mother or vice versa, you were inferior and you were not set up for success. Tell that to Barack Obama.”

Further, this isn’t the first time Kelly has confronted sexism on camera; in 2011 she called a guest “moronic” for labeling maternity leave “a racket.”

However, rather than showering Kelly in any more praise – truth be told, I’m already a little uncomfortable giving Fox this much credit – there’s a greater inference to be found in her commendable statements.

Even those within the proverbial beast’s belly would attest to Fox News being the ultimate bastion of conservative America. There are certainly people in the US who share the beliefs stemming from the network, but Fox plays an incredibly significant role in shaping the rightest of right wing agendas.

The very fact Megyn Kelly is given the approval – again, I’m assuming a suit higher up the ladder vetoed her remarks considering Fox’s heavily scripted nature – to criticise and belittle pathetic, blatant sexism, is indicative of how the public story is changing.

We’ve reached the point where Fox News of all organisations deems it appropriate to tear shreds off anyone presenting the aforementioned opinion; the significance of this latest development should not be ignored.

Put it this way; Fox criticising right-wing/traditional beliefs in the US is akin to Tony Abbott welcoming the arrival of “boat people” with an Australian flag, Collingwood jumper and a box of barbeque shapes.

We have far from completed the climb to post-sexism. But, this is an undeniable example of how one of the last dominoes yet to fall has begun to wobble.

With that in mind, I must humbly say with hat in bewildered hand, thank you Megyn Kelly.