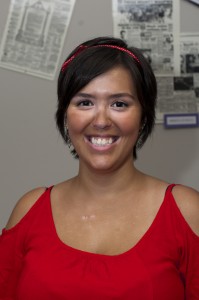 In a competitive workplace environment, with more and more students going to university each year, it’s no wonder youths are clamouring for internship positions. Anyone who has been on the job hunt lately will know that the word ‘experience’ is not only common, but also an absolute must for the majority of positions. But, how does one full of education and excitement, come across this necessary ‘experience’? The answer seems to be free labour.

Unpaid internships are becoming the norm. Students or recent graduates are expected to have enough cash to be able to float themselves along for four or six months while they work for a company, being paid only in experience. It seems to be an unreasonable request, yet is a modern day phenomenon. You cannot get a job until you get experience, and you cannot get paid for your attempt to get experience because that would then be a job, the vicious cycle rounds.

While this seems very unfair to today’s youth, and rather opportunistic for those companies taking advantage of the situation, few have questioned the cycle until now. ABC radio’s Mark Colvin reported on this trend last month when two law professors from Adelaide decided to look into the matter of exploitation, on behalf of Fair Work Ombudsman.

The Victorian Employer’s Chamber of Commerce and Industry (VECCI) reports that ‘the two professors will consult with various groups including governments, employers, and unions to enable a better understanding to be reached about what types of internships were fair and what types were unfair.’

Professor Rosemary Owens commented, ‘It’s quite a complicated issue and it’s very difficult at this stage to make any general broad statements because I suspect what we’re going to find is many different forms of each of the aspects.  For example, in relation to internships, many of those are conducted as part of a course of study. Other internships seem to us, at the moment, just to look more broadly like a period of unpaid work.’

Owens is not the only person looking into the grey areas of the situation. In many cases, internships are indeed, part of a course of study. Does that make it wrong for students to pay for a course, which actively gives them away as free labour? While the connections provided by a professor or the institution may be valuable, the students may be giving out more than they are receiving.

Fair Work gives some examples of how to know if your internship is lawful, which focus on whether an employment type contract has been signed.  It also lists the length of time an intern spends at the business, amount of expected productivity from them, and who is benefiting the most from the relationship. They also state that if your internship was organized through your university you are not in an employment situation.

While Nick Wilson, of Fair Work, states that they are not pushing for a legislation change, but only to clear up any issues or examples of exploitation, they will bring the problem to the Minister if necessary. It depends on what the study discovers and how often discrepancies are occurring around Australia.

Melissa Koutoukidis of opinion based online paper, The Punch, addresses the situation from several angles. One of the main ones is that if unpaid internships are put to an end, this will make the struggle to get experience even harder. Companies that cannot afford to pay extra staff will revoke their internship opportunities and leave less experience positions for those who are trying to break into the workforce.

Furthermore, she states the benefits that smaller companies, who can offer experience without money, have. The ability to make mistakes and learn in depth from a smaller network of people has proved valuable to Koutoukidis. She suggests guidelines to stop wide-eyed interns from ‘being taken for a ride’ but rejects the idea that unpaid internships should be done away with all together.

How far are students willing to go to find employment and will the government help or hurt this process if they get involved? Would you be willing to work for free? Let us know what you think below!