Who doesn’t love Seth Cohen? With his top button done, his quirky one liners and music taste, he’s a better alternative than that shell-necklace-wearing, water polo playing, pretty boy Luke. 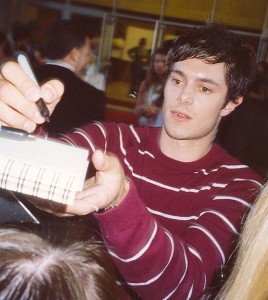 The OC is the television show that I believe started the transformation from geek to chic (pronounced ‘sheek’) in Australia. In case you don’t understand what I’m talking about you may want to look around and notice all the glasses, cardigans, skinny jeans (and for some reason the colour maroon?) that are becoming very popular amongst males and our ongoing agenda to be ‘cool’. If this were the ’90s we’d probably laugh at their ridiculous attire and tell them to go and kick a footy.

Sure, fashion and trends change constantly over time but the transformation from geek to chic has been one of the biggest, with people who in the past would’ve been teased and ridiculed for being ‘nerdy’ and ‘weird’ are now becoming ‘indy’, ‘alternative’ and ‘cool’.

Our love for all things nerdy has become more prominent of late with the new season of Big Brother and its popular housemate Bradley. Bradley is all things nerdy: glasses, extremely skinny, virgin, superhero fanatic and even a speech impediment.  But everyone loves him. Within minutes of him entering the Big Brother house, Facebook exploded with fan pages.

Bradley has even made fun of fellow housemate Ryan who is a model by profession. When it comes to voting out a model or a nerd it’s easy to see which way the votes will swing due to Australia’s new found love for all things geeky.

And Big Brother isn’t the only television show embracing the geek. Shows such as The Inbetweeners, The Big Bang Theory and Beauty and the Geek had already started taking over our screens with lovable, nerdy characters.

Melbourne in particular has embraced the geek considerably through its culture and fashion. Labelled as the ‘culture capital’ of Australia, we are the first ones to catch on to a trend and embrace it wholeheartedly.

I’ve observed this during my time living on campus at La Trobe University in Bundoora, with the arrivals of international students from the US. The American students are generally sporty, wear baggy jeans, a t-shirt and a cap. When compared to our Melbourne boys wearing tight jeans, buttoned up collared shirts and fringes that stick out at weird angles, it’s clear to see the transformation between what Australians used to think was ‘cool’ to our now completely different perception.

And it’s not only the boys who are getting into the spirit. Girls have ditched the hipster jeans and mini skirts for skinny jeans, blouses and cardigans. What used to be seen as boyish and geeky has now transformed into stylish and cute. But it doesn’t stop at the fashion.

Melbourne’s nightlife, restaurants and cafés have also embraced the geek, bringing quirky themes and unusual delights into the limelight. Going out for coffee has become more of an act of ‘coolness’ than to simply settle the cravings for caffeine and if you Instagram a photo of your coffee, your coolness is automatically increased by 20 per cent.

The transformation from geek to chic has been a slow but sure one, with all things quirky and alternative going full speed ahead in Melbourne. It’s now OK to wear glasses, especially if you don’t need them and everyone now knows what the colour maroon is.

I love the geek, so let’s keep on being geeky.

And for all you geek haters out there, you can blame Seth Cohen.