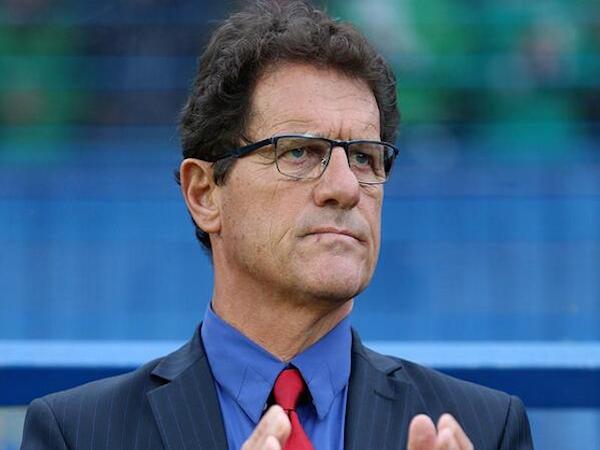 At England, his task was to add polish to a side beginning to age, but still largely in their peak following a wretched period under Steve McClaren.

But the 2010 World Cup in South Africa produced rigid and uninspired performances from the Three Lions and the Italian was moved on.

Two years later, he found a new home in Moscow and the top Russian job, with the task of building a side their parochial supporters can be optimistic about at their own World Cup in 2018.

Thus far, he’s struggled to do that.

Though through no fault of his own, more of the Russian Premier League managers have delayed the introduction of native youth players. Therefore Capello feels he is being forced to name a squad which is ageing and could be past it within the next four years.

However, 16 of his 23-man squad in Brazil for Group H fixtures against South Korea, Belgium and Algeria are less than 30 years old. Seven of these 16 are aged below 25.

But how capable are they?

Seemingly more so than 23-year-old Real Madrid wideman Denis Cheryshev, who was the only non-Russian League player included in the preliminary squad. He didn’t make the Rio-bound cut.

And, after topping their qualifying group ahead of World No.4 Portugal, Capello named an all Russian Premier League-based final squad.

Are things really as bleak as they seem?

A talented squad, made up largely of players in their mid-20s, and a favourable group stage draw means, for this tournament at least, the Russians could be a shot at the quarter finals.

But who will get them there? Talented CSKA Moscow attacking midfielder Alan Dzagoev jumps off the team sheet, averaging a goal every five games from midfield as a 23-year-old. He has also been linked with big-money moves to some of Europe’s top clubs. He could be set for a breakout tournament.

In goal, the talented Igor Akinfeev has also long been linked to a move out of Russia to a big European club and will provide adequate cover for the experienced centre back pairing of Sergei Ignashevich and Vasili Berezuski. These two have 175 caps between them.

There’s further experience in midfield in the form of captain Igor Denisov and Yuri Zhirkov, while Aleks Samedov, Viktor Fayzulin and Denis Gluskahov are at the peak-age of their careers at 29, 28 and 27 respectively.

Along with Dzagoev, these names will form what is likely to be a 4-2-3-1 formation, with the 81-cap, 25-goal Aleksandr Kerzhakov leading the line. The 31-year-old striker has flourished following an ill-fated move to Sevilla. He’s scored a goal every two games for Zenit St Petersburg since 2010 and will provide a prolific option for Capello.

However Russia will be without their captain, Roman Shirokov, who pulled out of their final 23-man squad with injury.

Capello, renowned as a strict disciplinarian, may also be forced to resolve issues surrounding disruptive players within his squad.

Squad depth could be another issue for the Italian, but perhaps off the bench is where the development of the youth present in this squad can take place.

Russia’s need to develop future stars for their 2018 World Cup is becoming increasingly evident, as their stars who surprised at Euro 2008 reach their twilight years. But for now they’re still in possession of the talent to mix it with the best in the world.

Capello’s desire to introduce talented youngsters to senior international football is admirable, but when talent still remains in legs of past stars in a World Cup year, his development project needs to be placed on hold in Brazil.