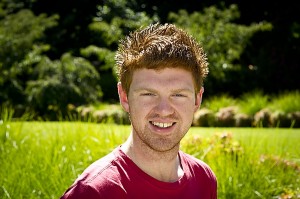 Every Essendon supporter is excited about the 2011 AFL season.

Why wouldn’t they be? The club has been splattered over the two major metropolitan newspapers in Melbourne throughout the entire pre-season – for good reason too.

One of the Bombers’ favourite sons, James Hird, returned to Windy Hill and will coach the club for the next four years. Former premiership captain Mark Thompson also joined the high-profile coaching panel, which includes Simon Goodwin, Sean Wellman, Brendan McCartney and Dean Wallis, and will nurture Hird through his debut coaching season.

Essendon’s recent performances in the NAB Cup also impressed their 40,000 members. Victories against Brisbane and Melbourne – plus that amazing draw with St Kilda – drew standing ovations from the Bombers’ faithful supporters as Hird walked along the boundary line after the game.

If you believe the hype, apparently 2011 is going to be the year of the Bombers.

We’re talking about the same team that conceded the most points in the league last year. The same team which won seven of 22 games to finish the 2010 home-and-away season in 14th position. The same team that has played in just one final over the last six years – and that final was a 96-point thrashing at the hands of Adelaide in 2009.

Amongst the incredible excitement surrounding the club this year, it has gone unnoticed that there is so much hard work ahead for Hird and his coaching staff. So much needs to be done and changed before Essendon can consider it a team to be reckoned with once again.

Recently sacked coach Matthew Knights promised an attacking style of play when he took over the Bombers in 2008. And he delivered – that is if goals are everything in footy.

When Knights was in charge, Essendon won the fourth-least games (25) of any team, yet it still averaged 93 points per game, the seventh-highest of any team in the competition.

If you wanted attacking footy, a Bombers game was always a safe choice.

But more often than not, the best defensive unit – in any team sport – wins championships. Over the last three years, the AFL’s premiership-winning sides (Hawthorn, Geelong and Collingwood) conceded an average of 80 points per game. During Knights’ tenure as coach, Essendon gave up an average of 108 per game – the most out of any team in the league.

That stat was the breaking point for the Essendon board. They dismissed Knights at the end of the 2010, even though he still had two years remaining on his contract.

Hird now has a tremendous challenge ahead of him – to turn the players’ mindsets from attack into defence.

Switching a team’s game style doesn’t just happen over one preseason. It takes a significant amount of time to plan and execute, plus plenty of experimentation and tinkering during games.

Another concern Hird and his staff have to address is the lack of midfield depth.

The reliance on Jobe Watson in the middle of the ground has turned somewhat unhealthy. In 2010, the Essendon captain won 60 more first possessions and 51 more clearances than any other teammate. In plain English, whenever Watson didn’t win the ball from a stoppage, all hell broke loose.

It’s time for a few more experienced players on the Essendon list to stand up and help their skipper out around the contests. Players such as Ricky Dyson, Andrew Welsh and Sam Lonergan, who have been in the AFL system for a number of years now, need to increase their work rate and begin to win more contested possessions around the stoppages.

Essendon’s forward line also struggled for consistency last year after stalwarts Matthew Lloyd and Scott Lucas – who had kicked some 1400 goals between them – retired at the end of the 2009 season. Nuggetty half-forward Angus Monfries was the club’s leading goal kicker, but with just 24 goals for the season.

Monfries isn’t the answer to the Bombers’ goal scoring issues. But Scott Gumbleton and Michael Hurley are.

The development of these two key position prospects will be watched with plenty of interest throughout the year. These two players need to reinvigorate the Bombers’ forward line if the club wants to play finals in the forseeable future.

Both Gumbleton and Hurley were high draft picks back in 2006 and 2008 and each have the potential to become elite players. They haven’t arrived as of yet, but they are very close.

Whether they arrive this year or not will be fascinating to see.

The Bombers do have potential to do serious damage in the coming years. If Hird is able to change the playing group’s mindset to a more defensive one and certain other players lift their game, no question they can become a real threat.

But 2011 won’t be their year. This year will be all about uniting the team and cleaning up the mess Knights left at the end of 2010.

Essendon will be a force to reckon with, Bomber fans – just not this year.