Avengers Endgame leads the way in a trend that’s seeing comic book movies become very popular all over the world. 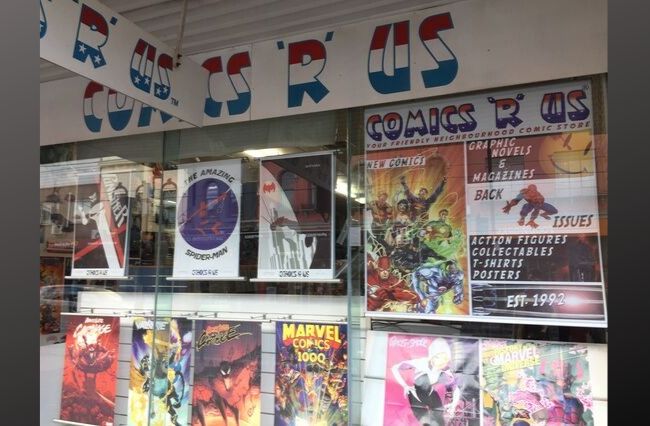 Comic books have been around for generations. A combination of fantastic artwork and engaging stories has seen many people invest time and money into them. But for a long time they had limitations, serving a purpose for a small demographic. Step forward to 2019 and a group of superheroes have moved from comic books and onto the big screen, to be part of Avengers Endgame, the highest grossing movie of all time.

The Marvel Studios film made US$278 billion worldwide thanks to a consistently expanding fan base.

Melbourne University academic, Dr Jennifer Beckett, who researches the Marvel Cinematic Universe (MCU) and fan cultures believes Marvel Studios has been so successful because their movies are appealing to a wide demographic.

“The stories are often, despite their superhero nature, very relatable and they tend to be universal stories a lot of the time,” she told upstart.

It’s one thing to be successful but another to maintain that over a long period of time and Dr Beckett says that’s down to thorough planning.

“They have a consistent media world that they have set up,” she said.

Dr Beckett believes Warner Brothers has the ability to create great films, noting that the Batman series was “phenomenal”, but she says they are focusing too much on the spectacle rather than the story.

“I was very excited about the Wonder Woman movie, but Captain Marvel just absolutely takes that movie and throws it out the window in terms of its feminism,” she said.

“Here’s Wonder Woman, but she’s still wearing this tiny costume and there’s still a whole love story combined, whereas Captain Marvel walks in and she’s like ‘I’m just going to wear a flannie’.”

Marvel Studios have been on the front foot by keeping up to date with the real world and making sure that reflects in their movies.

“They’re very good on inclusion and DC is not.”

The MCU is currently thriving with four of the top ten highest grossing movies of all time.

That success however, hasn’t translated to the comic book industry according to Comics ‘R’ Us co-owner Matthew Guy, who believes it’s actually had a negative impact on comic book sales.

“There’s so much coming out, both movies and TV that people are overwhelmed and oversupplied now so they don’t necessarily have to read comics.”

Sales may not be increasing, but Mr Guy believes public awareness of comic book characters has grown significantly in the 27 years that he’s had his store.

“In the old days someone on the street would have been able to name Batman, Superman, Spider-Man, Wonder Woman and Hulk and that’d be about it,” he said.

With Marvel Studios’ film franchise currently consisting of 23 movies dating back to 2008, characters are getting greater exposure.

“Guardians of the Galaxy and Black Panther, they’re characters that were second or third rate in the Marvel Universe, they’re now A-grade because people have really enjoyed the films,” Mr Guy said.

When Marvel Studios began their film franchise they didn’t have the rights to popular comic book characters like the Fantastic Four or Wolverine which is why smaller characters got greater screen time.

“They had to work with what they had available and luckily they had the characters that mainly formed The Avengers,” Mr Guy said.

“Comics have been around for 80 odd years for superheroes, thousands and thousands of characters have come and gone and no one cares less.

“There’s only a handful that have stuck and have been popular for a long period and they’ve just got magical ingredients.”

Marvel Studios and the directors of their films have made sure that they don’t stray far away from a winning formula.

“The character, the costume, the powers, the supporting cast, as soon as you change too many of those aspects it throws the whole balance out,” Mr Guy said.

“Same with Coca-Cola it’s got a formula, change a few ingredients and it’s not coke anymore.”

Marvel Studios may have hit a purple patch but that’s not always going to be the case, according to Mr Guy.

“At some point they’re [Marvel] going to fail,” he said.

“There are certainly characters that will fail as movies, they’ve just been lucky so far.”