The duo played a part in Storm's 34-6 NRL GF win over the North Queensland Cowboys. 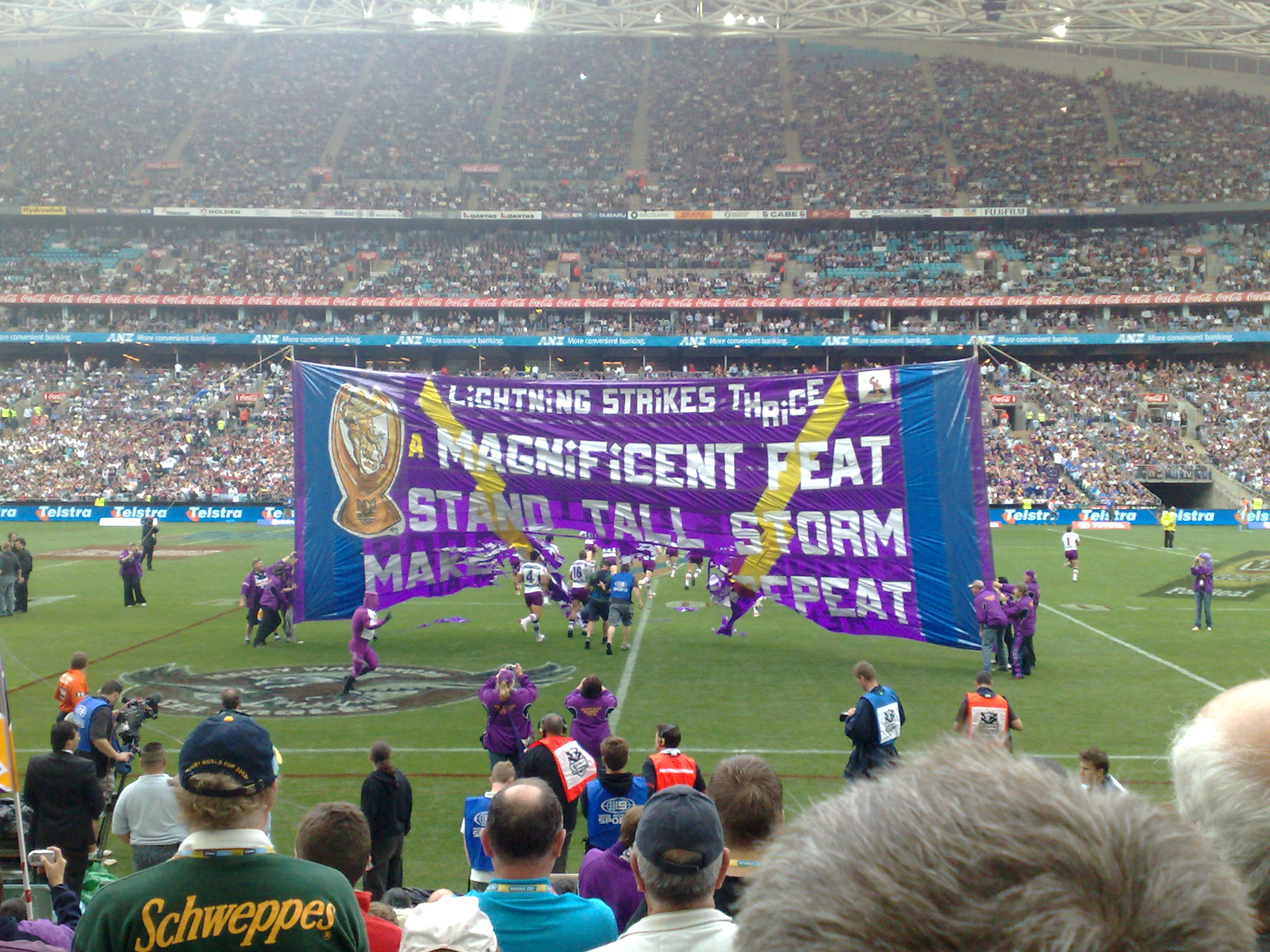 Melbourne Storm star pairing Cooper Cronk and Billy Slater are set to make decisions upon the future in the coming weeks, after claiming the NRL premiership on Sunday night.

Cronk is guaranteed to not be a part of Storm’s setup next year, as he is relocating to Sydney with fiancee and Fox Sports Football host Tara Rushton, is undecided as to whether he will don the colours of another NRL outfit.

Speaking to Andrew Johns from Channel Nine after the game, Cronk was full of praise and gratitude for the organisation that he had represented for the past fourteen NRL campaigns.

“It’s basically been the biggest influence on my football career, and been a big influence on me as a person…..Melbourne Storm makes you bigger than you are”.

Billy Slater, who claimed his second Clive Churchill medal as the best player in the final, was extremely emotional as he accepted his award.

Talking to Nine sideline reporter Brad Fittler, commented on his own self-doubts that he faced in getting back to playing the game after multiple shoulder reconstructions in previous seasons.

“I honestly didn’t know whether my body would let me back here…..it was the toughest thing I’ve had to sit through last year, the boys going so close and being hopeless. I wasn’t going to let that happen today”.

The other member of Storm’s trio of stars, skipper and Dally M Medallist Cameron Smith is set to stay at the Storm for at least another year, but remains unclear on his future beyond 2018.