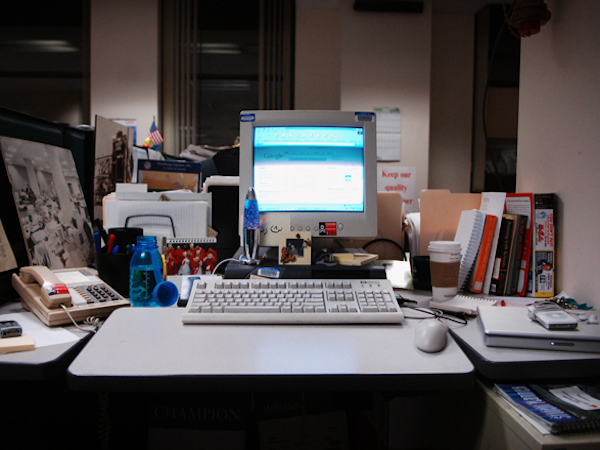 Q: You’re a little over a month into your editor gig at The Hairpin. What’s been the toughest part of adjusting to the new role?

Mostly, it’s just been really, really fun. The stress is very different – at Gawker/Deadspin, I’d run to a computer any time any major news broke. The Hairpin just exists on a different beat. I’m still figuring out when we should or shouldn’t engage with the news. I think it’s a tough balance that I’ll play by ear with every story.

Other than that, the only other change is calling the shots myself. It’s strange and thrilling to be in charge, and it’s a total privilege. I want to use it carefully.

Q: You were with Deadspin before Hairpin. Besides the names sounding somewhat similar, are their other similarities between the two publications?

Both The Hairpin and Deadspin have really robust and active commenting communities that I think plenty of readers would say improve the sites on a daily basis. I also think the readership at both sites is intelligent to an intimidating extent – the editors and the writers have to bring it, or they’ll be called out. It’s nice to have such high expectations for your reader base, and for them to expect so much of you in turn. It makes you better.

Q: Do you think sites like Deadspin positively impact the media cycle?

I do. They can take reporting risks that other media outlets don’t always want to take or get to take, and that’s why their stories so often end up dictating the media cycle.

Both Gawker and Deadspin have two pretty clear examples of this in the past year alone: Gawker’s Rob Ford story, which the Toronto Star was apparently sitting on for some time; and Deadspin’s Manti Te’o story, which ESPN was apparently sitting on for some time. The Te’o story, especially, is a hugely important one that served as sort of a crisis check for sports journalism. And I honestly don’t think ESPN could have covered it in the same comprehensive way Deadspin did.

Q: The Hairpin is seen, in some ways, as a site for women. Is that sort of targeted, audience-conscious publishing model the way forward?

I do think that readers increasingly seek out specific sites for specific reasons. I go to Deadspin every day to make sure I don’t miss any relevant sports news, quirky or obscene or otherwise, I go to tumblr to look at GIFs that my friends think are funny, I go to the AP wire for breaking news and so on. I hear from a lot of people that they go to The Hairpin as a sort of respite from the rest of the internet, which can be interpreted in a lot of different ways. I’m still trying to figure it out.

Q: You’re a keen Twitter-er. How do you – if you do – find that happy place between personal and professional online?

I think it’s an important balance, and I’m constantly aware about the personal information I put on the internet, even if it’s nothing “too” revealing. I think women writers probably feel that pressure more than men, because there’s such a stigma attached to the female confessional. I often feel wary of exposing myself. In some instances that’s an important filter to maintain – I know very well, for instance, what internet commenters are capable of digging up on their own, without my assistance – but I also wonder if it’s ever a harmful censor.

Q: What’s one story you really want to write?

I want to sit down with Serena Williams for like 700 hours and write about it. She’s the most fascinating person in sports.

Maybe in the world.

But lately only men ever seem to get to profile her, for some reason.

Q: Final generic question: any advice for budding journos out there?

I can only give advice based on my experience, and I know I had a lot of luck along the way and also a lot of support from people who hired me and wanted me to succeed. But I think the best thing you can do is pitch, constantly and relentlessly. You don’t have to be an expert, you just have to have a good idea or be willing to make the phone call or the trip that someone else isn’t making. Also, if you’re going to be an unpaid intern anyway, you might as well try your local newspaper. I think young people probably learn more getting out and talking to people than we do looking at Twitter all day [she said, looking at Twitter all day].

Ha! I hired Jia Tolentino. She’s the best. Everyone else is invited to pitch us at submissions@thehairpin.com. We get a lot of email, so feel free to bug me repeatedly.