What was once seen as a rebellious act is now a social norm. 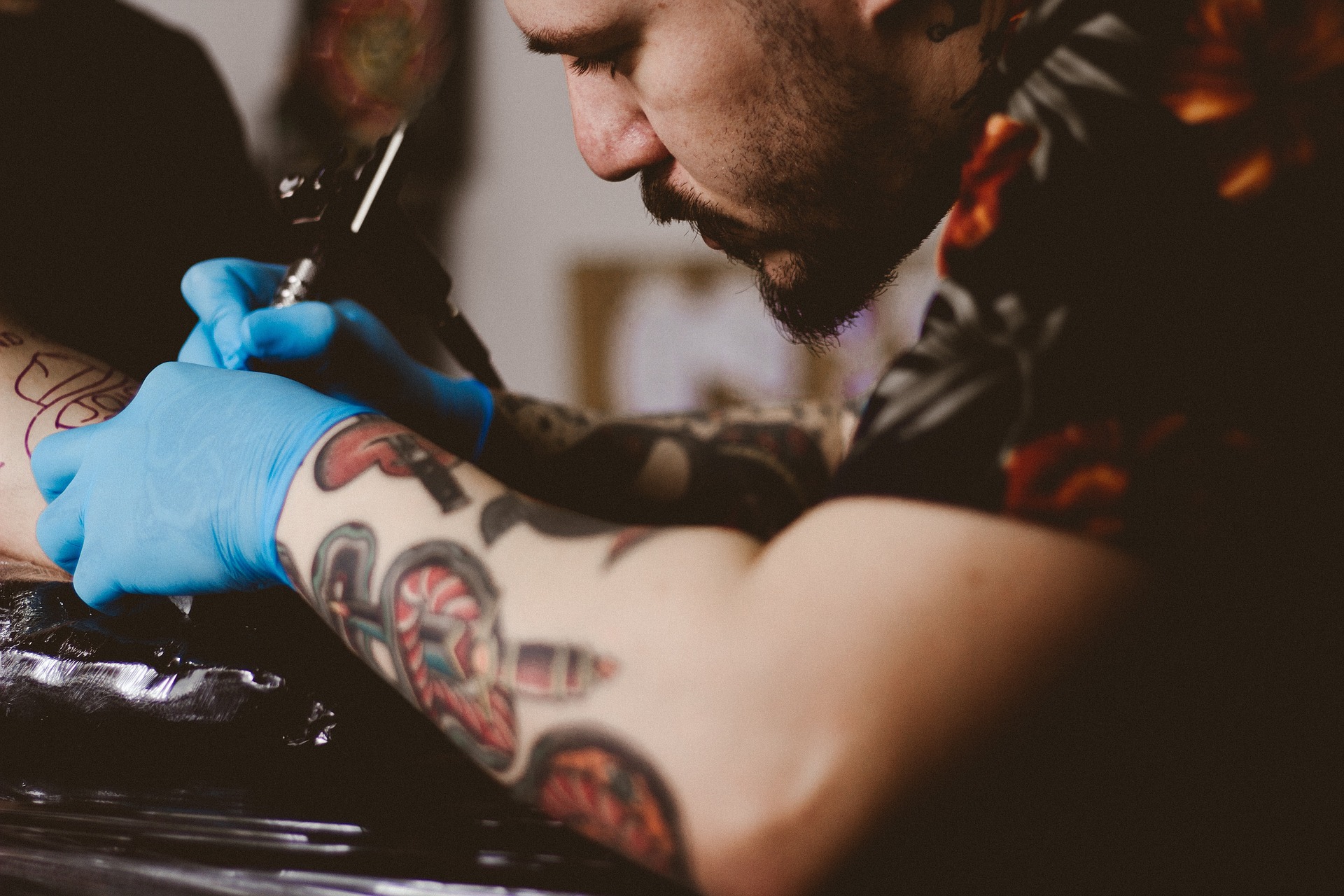 For young Australians, getting inked is becoming so popular, it’s almost mainstream. With 14.5 percent of Australians having at least one tattoo, it seems the future of body art is written in ink.

According to Gold Coast Tattoos, 29 percent of women and 22 percent of men aged between 20-29 years have at least one tattoo.

Melbourne-born tattoo artist Stacey Molly says when it comes to getting inked, it’s more common now to have a tattoo than not.

“Nothing in this life is permanent. People come and go and jobs change. Life is always changing and tattoos are always there. I think that’s what scares most people, but for me it’s comforting. I like that,” Ms Molly tells upstart.

Ms Molly has worked at Liquid Silver Tattoo in the Melbourne suburb of Abbotsford for five years.

When she was nine years old, her brother came home with his first tattoo.

“From then on, I started drawing on myself and my friends. I was so fascinated by it,” Ms Molly says.

A 2013 study by McCrindle surveyed 500 ordinary Australians to gain insight into the latest perceptions and trends regarding tattoos. 15 percent of people had a tattoo and 60 percent of those reported getting their first tattoo when they were younger.

“I think it’s becoming more acceptable to have tattoos, especially in the workplace. Tattoos give the younger generation more of a freedom to express themselves,” she says.

In 2012, $93 million dollars was spent on tattoos in Australia, with a growth rate of 4.7 percent per year.

Aaron Hingston is a tattooist at Hens Teeth Co and has over 28 thousand followers on Instagram. He first discovered his passion for tattoos in 2006.

“I always wanted to do something creative for a living and, when I discovered tattooing, I knew it was something that could give me the creative freedom I was looking for,” Mr Hingston tells upstart.

With 987 registered tattoo studios in Australia, Mr Hingston says that although tattoos have always been popular, “I think our generation is more accepting”.

While the process of getting a tattoo hasn’t differed much, the designs are constantly evolving and changing. One of the latest trends is the geometric line and dot tattoo. These tattoos use subtle dots for basic shading.

Other popular tattoo trends on the rise are watercolour tattoos, trash polka tattoos, lacework tattoos and blacked out tattoos.

“These days there are a lot more varied styles, so more people with different tastes in tattoos can decorate their body,” he says.

There are over 73 million results when searching tattoo shops on Google. It isn’t hard to tell that people are becoming prouder to show off their own unique ink design.

Originality is an important factor in tattoo choice for Molly, who urges people to stay away from Pinterest.

“Find an artist whose style you like and go to them with a rough idea. Let them lead you and make a design unique to you.

“Don’t overthink it. Everything doesn’t have to have some super deep meaning to it. This isn’t LA Ink,” Ms Molly says.

Like-minded Mr Hingston says the most important thing is to listen and trust your artist.

“Do your own research and find someone who does the style you love,” he says.

Visit Society 19 for 10 things you need to know before you get a tattoo. 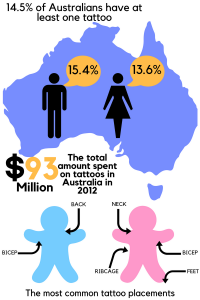 Jiordan Tolli is a third year Bachelor of Journalism student at La Trobe University. You can follow her on Twitter @jiordant